When he was 4 or 5, my boy had one of those doctor's appointments every parent dreads. It was some routine shot or maybe a nose probe. A traumatic experience for both of us that had me literally pinning him down by the shoulders to prevent him from squirming, all while he cried bloody murder.

In the 15 seconds it took the doctor to complete the procedure, I was overcome by how much I loved my son and nearly broke into tears myself.

Today, my son is a rocket scientist! Really! He just graduated college with a degree in Aerospace Engineering and wants to further his studies by joining the military and learning to dissect, design and most importantly, fly airplanes.

I have the fears of any parent, most especially, of course, of war. But being a child of a career Army man who served in Vietnam, I have other concerns. Did the war or his years of being subordinate to the men he saluted alter who my father was? He's gone now, so I'll never know. But I know my boy has always marched to his own beat. When he was 3, he declared we could cut his hair, but we must leave a small patch of hair at the nape of his neck untouched. That patch became a pony tail, and ultimately a beautiful head full of dreadlocks.

Dreads on the black kid who lived in the lily white suburbs! A rebellious look in looks only. He was an honors student in high school, played the bass drum in the school marching band and the viola in various youth orchestras.

He's wicked witty, engaging and loves his friends and his dog.

Now, I picture him, standing erect, eyes focused, hair cropped, sparkling in his dress uniform, plotting his own course in life.

As a father whose love for his children knows no bounds, I support him fully.

Who am I to hold him down. 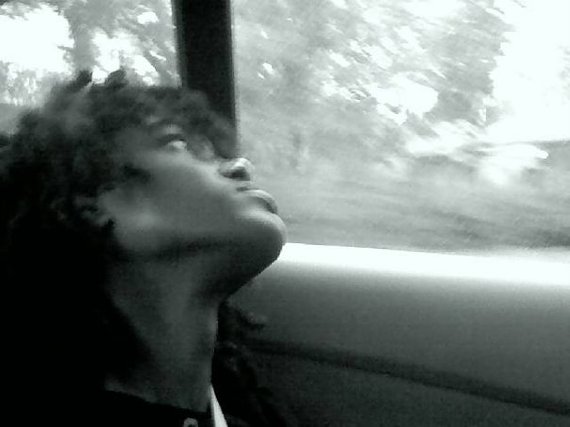