A few weeks before my son Danny's 4th birthday, I asked him what he wanted to be for Halloween. "I wanna be a princess," he said. He didn't hesitate for a second. But I did. I cringed inside and tried hard not to show it.

My reaction was clouded by visions of children teasing, of parents whispering and passing judgment, and the fear of not fitting in. Expectations also weighed heavily on my heart. Danny's dad, my first husband, was killed in his beloved country, El Salvador, when I was just weeks pregnant. I wanted to honor him by raising a child he would have been proud of. I doubted that he would have approved of his son being a princess. A few months earlier we had traveled to El Salvador and met Danny's family for the first time. What would his grandma think?

In the midst of my confusion, I improvised. "How about Peter Pan, instead?" I offered. But Danny knew exactly what he wanted. 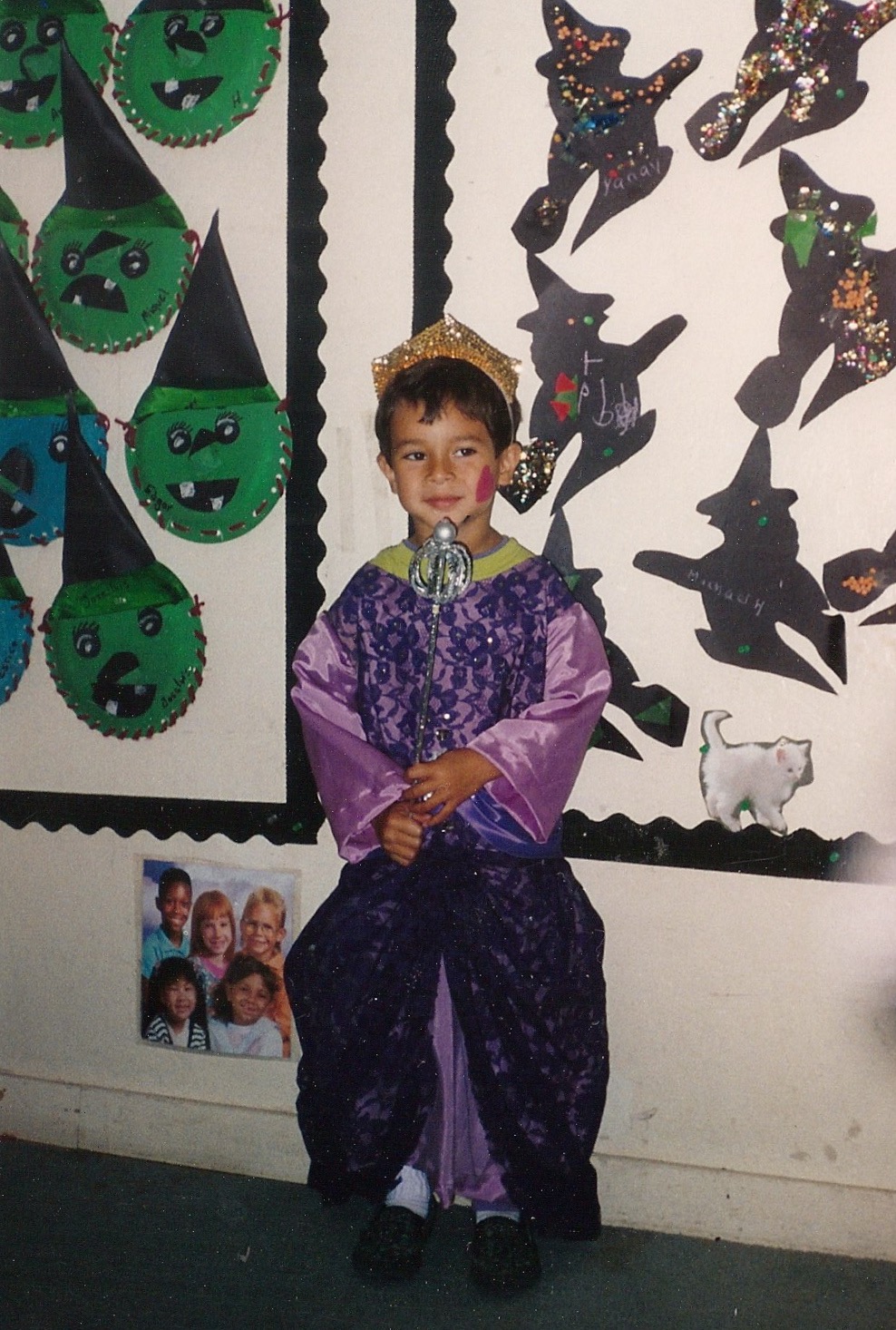 Danny's desire to be a princess wasn't a big surprise. When he was a year and a half old, the old redheaded Barbie his cousin gave him became his constant companion. He knew what he liked -- including the color purple, unicorns, and singing songs from "The Little Mermaid." He played with little ponies and other toys designated for girls. At preschool, he played dress-up with the girls, putting on long skirts and dancing around to make them twirl. He had few boy playmates and zero interest in what most other boys liked to do.

Though I usually let Danny do his thing at home, I was confused by his gender-bending behavior and felt stigma and pressure from the people around me. At a preschool parent meeting earlier that year, staff showed a video of the children playing. When Danny came onscreen, dancing happily in a flowery skirt with a ruffled hem, there was a murmur of laughter from the other parents. I was mortified, embarrassed, and yes, even ashamed as the camera lingered on my dancing boy. On that day, and many others, the fear of judgment stung and the doubts gnawed away at me. Was I doing a good job as Danny's mother?

This was not my first experience feeling different or out of place. My Japanese-American dad and Jewish mom met at the Chicago Art Institute in the early 1950s. They both lived outside of the expectations of their families and cultures. When they married, interracial marriage, termed miscegenation, was still illegal in many states. I wasn't raised to fit in. Sometimes I relished being different, and other times I felt like I didn't belong.

Danny had no reason to think he couldn't be a princess for Halloween. He didn't know about the boy code and had no idea he was breaking social taboos. I had to make a choice. Would I support Danny in his self-expression? Or would I try to pressure him to conform to social expectations? I couldn't think of any good reason to say no to Danny. It was time to let him take the lead.

Once the decision was made, I threw myself into it. We proceeded to the thrift store, where we found not one, but two dresses! I would cut the purple lacy dress with jewels on the sash down to size for Danny. The pink shimmery one with puffy off-the-shoulder sleeves was for me. I had never gone to a prom, so this was my chance to be a princess, too. To ensure Danny's safety, I spoke to the preschool director, who reassured me and promised to watch out for him.

Halloween came. Danny marched happily in the school parade with his dress, a red heart painted on his cheek, and, of course, a sparkly princess crown. Nobody teased him. From Danny's almost-4-year-old point of view, being a princess was no big deal, so he doesn't remember much about the dress or that Halloween. I will always remember, because I learned a very important lesson. I became a better parent because I learned to overcome my fears and let my child shine.

To learn more about our story, check out my Proud Mom Videos.

Watch for my children's book, inspired by Danny's Halloween, due out in 2016. And in case you're wondering, Danny is now an out, proud, gay man. Thanks to Danny for letting me share this story.