I'm now blonde, and I'm having more fun. Well, sort of blonde. My normally black hair is now many shades lighter, with a warm undertone and a noticeable amount of yellow. Instead of going to a salon, I did it myself a couple weeks ago after putting it off for quite awhile. My friends have been super friendly and enthusiastic about the change, but almost everyone has recommended I use special shampoo to lift it lighter and "balance the color". "Why not go totally white or grey?", they offer. "Why not more true blonde or platinum?" I'm a professional makeup artist and work with some of the best hairdressers in New York, so I know their suggestions are well founded, and to some people, this would make it look "better".

However, I find myself resistant to their advice. I told several people that I didn't buy the specific shampoo they recommended because I didn't like the chemical ingredients on the label. This was a half-truth. I told others that I was giving my hair and scalp a chance to recover before doing a second round of bleaching. Also true, but still not the whole story.

Whenever I'm creating makeup looks for clients or a beauty editorial shoot, I try to be forward thinking. Much of my process involves first considering the trends that I've grown bored with, and then working to create the polar opposite. For example, I've built a career on creating gorgeous bronze smoky eyes. But instead, I'm currently working with more grungy blacks and grays. With "anti-trends" being among my favorite makeup looks, it might make sense that I wouldn't want a cooler, more polished looking hair color like the platinum, pastel, and white shades that have been so popular in the last year or two. But I don't believe this is the only reason that I am being so defiant.

While shopping at Duane Reade a few months ago, I saw the extra lightening L'Oreal Feria Kit, with a box of steely blue grey color next to it. I initially resisted buying the kits, citing a potential opportunity I had to go on live TV the morning following the Academy Awards. I needed to look like my head shots and told myself, "I'll buy the kits. If I don't book the TV gig, I'm coloring my hair as a consolation prize."

The TV job fell through, but the kits still sat on my coffee table. I convinced myself that I was waiting because the next TV opportunity was just around the corner. Fortunately it was, and I told myself that it was better not to stray from the conservative look I thought most Americans would be "comfortable" with (whatever that means). No one has ever told me that I needed to have my hair a certain color for work, but I have a tendency to put successful people I admire on pedestals and try to emulate them. As a result, allowing myself creativity with my look is not something I've been particularly open to recently. And I am a professional makeup artist. I make people look different every day. Why is it so scary to allow myself to do the same?

Whenever I see friends and colleagues, they usually say, "You're doing such awesome things! I've been following you on social media." Like most of us, my public persona is a well-edited and thoroughly polished version of myself. The truth is that I'm constantly battling voices in my head that scare me off from pursuing opportunities I know are out there. These voices tell me to look a certain way. They tell me that I'll never be as talented as makeup artists like Beau Nelson, Troy Surratt, or Anastasia Durasova, and that I'll never look as good looking or be considered as credible as television personalities like John Gidding or Kyan Douglas (all of whom who are among the nicest people you'll ever meet). I was letting the voices get in my way. I needed some kind of change, to shake things off, to move things forward.

As I washed the bleach out of my hair a few weeks ago and looked in the bathroom mirror, I saw myself in a way that I hadn't in a long time. I saw the rebel. I saw my past when my hair was brassy. I saw the same warm shade of do-it-yourself blonde my friends helped me create when I went to a musical theater summer college program as a teenager. I remembered at least three different shades of blonde, yellow, and rusty looking hair from the coming of age film The Edge of Seventeen that I first watched when I was the only openly gay person in my high school, and was looking for inspiration from the future I knew was out there. I remembered the first time I'd seen photos of fashion designer David Blond with a gold tan and pouty lips, staring at the paparazzi with "come fuck me" eyes on the red carpet. I remembered the side of me that's resourceful, hardworking, and frankly, just not so serious. I remembered what it felt like to be a little irreverent.

I didn't change my hair color to try and look hot. I didn't do it to try and look original or artistic. I didn't do it to fit a trend. I did it because I wanted to, but more importantly, I did it because I needed to give in and let go. My whole attitude has since changed. I've been more productive. I've stopped holding on to the emotional rut I'd been in after three difficult breakups in a row and yet another New York winter.

A Little Wrong, and So Right

Ultimately, this fleeting and untrendy shade of "baby duck yellow" (as one friend described it) reminds me to more readily embrace change, or at least face it head on and be more open-minded. Astrologist Susan Miller once told me, "If you're holding on to what you have with a clenched fist, your hand isn't open to receive what's coming next. Now that I've loosened my grip on what I think I'm "supposed to look like", what other changes will I allow into my life?

Keep your eyes open, and maybe start in the mirror. 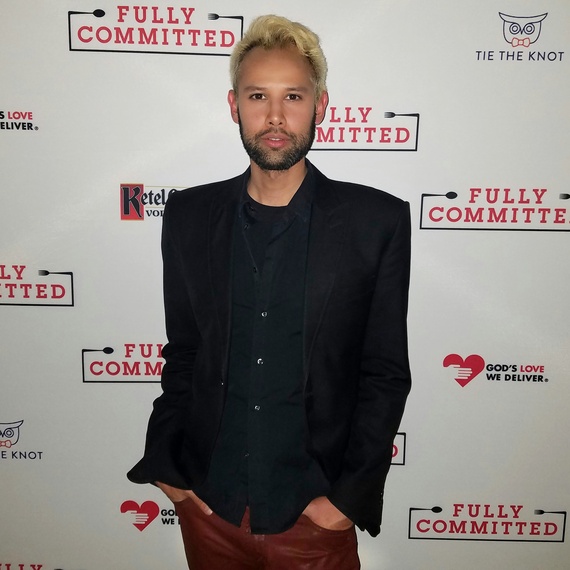 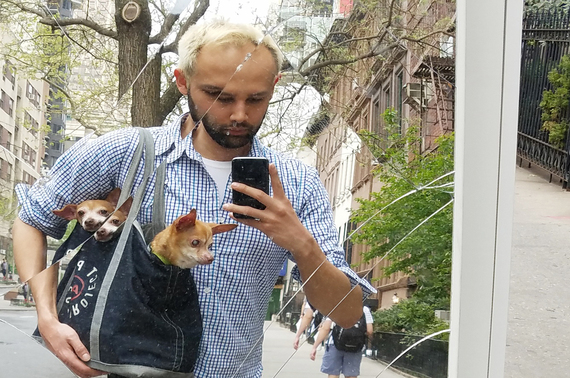 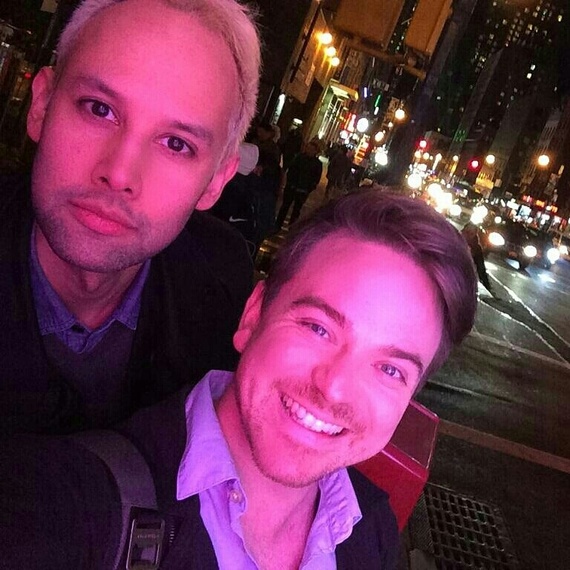 Andrew Sotomayor is a celebrity makeup artist and on-camera beauty expert. Follow him on Twitter @AndrewSotomayor , Facebook and read about his full work experience at AndrewSotomayor.com.