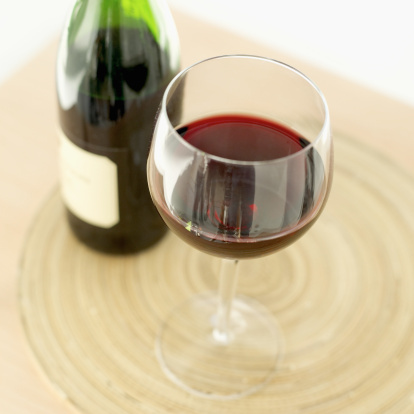 When I quit drinking, outer appearances said I still had it all together. My life, family and career were intact and fully functional. Like so many problem drinkers--especially mothers--I didn't fit the alcoholic stereotypes.

And yet, I came to the painful decision that if I wanted to live a healthy life and continue to be a good mother to my children, I would have to say goodbye to alcohol. Who would've though that I would actually come to love living a sober life? I loved drinking so much that this is still incredible and kind of amusing to me. It's just another way that life is full of surprises.

Denial being one of the hallmarks of addiction, I was very good at finding logical reasons why I couldn't possibly be an alcoholic. My drinking had not created any crises in my life and I had plenty of alcohol free days (although if I were honest, most of them were due either to my work schedule or to appease my increasingly worried husband). I didn't quite fit the progressive disease mold. My wild party girl days were long gone. I had settled down in my thirties, got married, had two kids, got a master's degree, and drank moderately without much thought. I was a real grown-up now, taking care of all my responsibilities. I was just having some wine in the evenings with (and before, and after) dinner. That's normal, right?

Except that now, in my early 40's, it was pulling at me and beckoning to me more and more by the day. On the nights I didn't drink, it had become a "thing." It took conscious, deliberate effort--forcing, almost. I became increasingly preoccupied with thoughts about when and how much I would drink. Which nights this week? How many would I allow myself on those nights? Would I be able to stick to that number?

I often started in the early evening while making dinner, but I did my heavier drinking after my kids went to bed. I could still call myself a good mom because my kids never saw me drunk. And I was a good mom, for the most part. But in retrospect, I know my kids felt the effects of the irritability and anxiety created by my struggle with alcohol.

During the last couple years of my drinking, while I had acknowledged that this was an "issue" in my life, I thought it was purely a symptom of other problems. I thought if I learned to deal with stress better, I would surely be able to drink in moderation without struggle. So I did more yoga and meditation, more exercise, journaling, therapy and read countless self-help books.

At the same time, I began a series of moderation plans to control my drinking (I even tried "mindful drinking"). All of them failed eventually, but I had some temporary successes with my moderation attempts, which fed my denial. For a while, I would be able to stick to my self-imposed limits. If I really had a problem, I wouldn't be able to do that, right? Obviously, I just needed more practice to make it stick!

Wrong. All the trying and failing, the growing knowledge of what that must mean, and the sheer effort of keeping some sort of lid on this thing created mounting anxiety I could no longer ignore. I had to accept that my drinking problem was more than just a symptom of other issues. It was its own animal, and I felt it steadily gathering strength and momentum right alongside all my moderation and personal growth efforts.

I would have to deal with the elephant in my room. I decided I ought to do that before it started trampling everything, rather than after, for my family's sake if not my own. I had too much at stake to wait and see how bad it could get.

Thankfully, the occasion of my last drink was nothing dramatic or disastrous. I stopped at the liquor store after work on a Friday night, planning to have a glass or two of wine. My husband put the kids to bed and fell asleep himself. By the end of the night, the whole bottle was gone, and I wanted more--I had to force myself to stop there. I had decided long before that this was unhealthy and I didn't want to do it anymore. And yet, I had done it. Again.

The next morning, I woke up with a hangover. It struck me how ridiculous and sad it was that I would be unable to enjoy a beautiful summer Saturday with my family. I had written in my journal a couple months before that this moderation attempt was my last chance, and if I couldn't stick to it this time, I would have to quit entirely. The jig was up. I read everything I could find online about quitting drinking and called an old friend who I knew had been sober for many years. That was a year and a half ago and I haven't had a drink since.

Why do some people travel farther down the rabbit hole of addiction than others? There are a lot of complex factors, no doubt, but I know something about two of them--shame and fear. Admitting addiction means facing shame from the inside and social stigma from the outside. How long does this keep people desperately clinging to the hope that they will be able to figure out a healthy relationship to alcohol, despite all evidence to the contrary?

Then there is the fear of life without alcohol. How many people put off doing something about their drinking problem because they're convinced that living without alcohol is going to suck indefinitely? I know I thought so. In the beginning, I viewed sobriety not as a path to a happier, more meaningful life, but simply as the necessary lesser of two evils. Now I wish I had quit sooner.

It did suck for a while, for sure. Those first weeks and months, I was raw and disoriented and weepy. I grieved hard for the loss of my trusty old friend. I've always eschewed labels, and this one was a doozy--I hated that "recovering alcoholic" would now become part of my story. On brief, rare occasions, I still hate it and wish it were not so. Mostly, it's OK now. And I'm more than OK.

There is difficult work to do when all the feelings previously numbed by alcohol come to the surface, but it's worth it. I've gained so much more than I've lost, and I have more to give to others. And I am not unique. With time, a sober life can become not something to endure, but something to gratefully embrace.