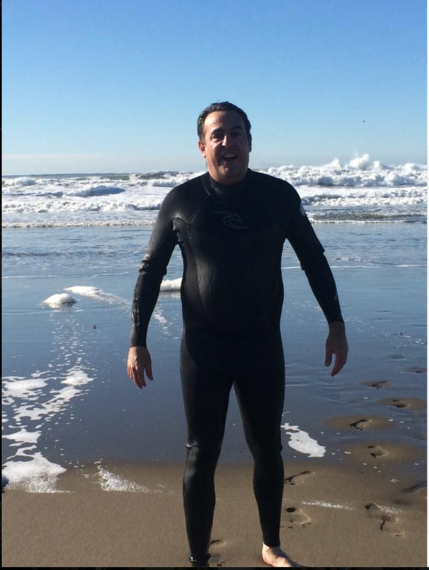 This week, I celebrated twenty amazing years married to my best friend. I have two terrific kids, whose lives I wish I had. I have an excellent job on a global hit sitcom that regularly puts me within touching distance of John Stamos' hair. I have tons of friends, even more Facebook friends, nearly 20,000 Twitter followers and I blog on The Huffington Post. By any available metric, I have a good life.

And not a day goes by that I don't struggle with depression.

According to a National Institute of Mental Health Study in 2014, 15 million Americans suffered from a depressive episode the previous year -- close to 7 percent of the population. Anecdotally, the number feels much higher in my synagogue and local delicatessen. Though that might just be good, old-fashioned bellyaching.

Most people associate depression with staying in bed, eaingt a piano case-sized bowl of of Rocky Road while binge watching Brady Bunch reruns. (How good does that sound now?) Instead I'm talking about the more insidious, hiding in plain sight, kind of depression that flies under the radar of loved ones and co-workers. Not every depression is as obvious as a guy writing his musical opus from a living room sandbox. Sure I have days where I'd like to sleep for 72 hours. But most of the time, I get dressed and go to work. Mind you, it's in the same jeans, black Vans and dark hoodie I appear to have bought from the Sears Unabomber Collection. Hmmm, maybe I really am depressed?

I'm not looking for sympathy. I had no intention of writing about any of this. I was most of the way through a piece about the time my dental hygienist, upon learning my grandparents were from Turkey, held me a little too responsible for the Armenian genocide, while keeping 3 fingers in my mouth. There was a lot of "your people." I'm sorry, but my people are Jews from Encino. The only thing they committed genocide against was Gelson's pound cake and my self-esteem.

But then, hundreds of brave folks came out of the shadows on Twitter last week, responding to the hashtag "My depression looks like this." I figured if I've been blessed with a forum larger than 140 characters, I have an obligation to share my story as well. Not to mention, I'm an incorrigible narcissist who specializes in painstaking navel-gazing.

Coincidentally, this week is also the 8th anniversary of my father taking his own life, out of the blue, without any prior warning flags. It seems like an apt time to remind others (and myself) that we can never know for sure what people are going through.

Also, in the two decades I've worked in comedy, I've known or known of 5 sitcom writers that have committed suicide. It's not a particularly fresh take to say "comedy is the flipside of pain." But people generally don't write jokes because their childhood went "too well." Getting laughs remains one of the best and cheapest ways of fighting through the darkness.

My symptoms aren't any great revelation. I have a heightened sensitivity to slights. I often feel alone even in a large group. Some despair, some hopelessness, uncontrollable sobbing during Cat Stevens' songs or commercials about returning soldiers. On a daily basis, my back is so stiff, I'm surprised college boys don't try hanging a beer poster on me.

It's hard to say exactly when my depression began. I was a shy, introverted kid with few friends, but that may have just been part of my charm. I experienced my first full-scale panic attacks my sophomore year of college. Though one could argue those came complimentary with the "February in Rhode Island" package.

Depression is a function of genetics, upbringing and circumstance. In my case, I hit the psychic trifecta. Like a defective pair of Jordache, I was definitely blessed with bad genes. My family of origin has frequently been described as the "Jewish Addams Family." Not just by me. And I've had to find 21 writing jobs over the last 21 years. I think there are airplane shoe bombers with more job stability. 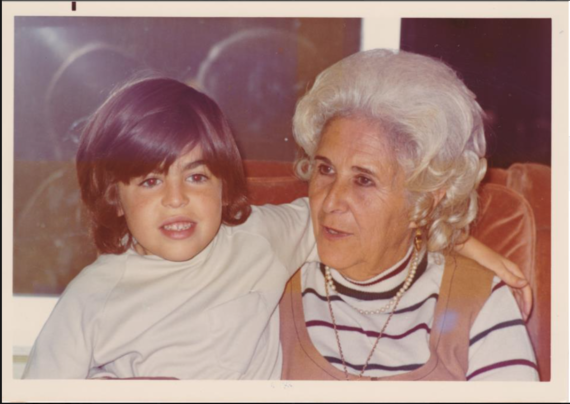 Of those 21 gigs, I've for the most kept the blues under control and offered up my best self. That said, even on a show I loved, I still went home every day at lunch and watched Happy Days and ate Trader Joe's California Rolls. I'm no therapist, but too much supermarket sushi should be added to the DSM as a pretty obvious warning sign.

I've tried virtually everything to cope. Therapy, yoga, deep-tissue massage, boogie boarding in ice cold water and a Lexapro-Xanax cocktail that lessens the repetitive thinking, but leaves me with less feeling below my waist than Lieutenant Dan. I occupy my mind by imagining my optimal U.S. Men's Soccer rosters or dream Bonarroo lineup. I make lists of everything from my Most Perfect Pop Singles (Just Like Heaven) to My Favorite TV Movies (Boy in the Plastic Bubble). I lay against a heating pad more than people with debilitating sports injuries. And I consume enough Peanut M&M's to push down my feelings and everyone else's.

In the past, I too easily gave into the volatile combo of wildly high expectations and wildly low self-esteem. It didn't help that I went to high school with the Mayor of Los Angeles, the President of ABC and the guy who retrieved Klimt paintings stolen by the Nazis. But over time, I've realized "who cares what other people do?" As long as I'm happy doing what I do.

And despite grown-up pressures of money, health, mortgage and tuition, I'm far better at letting things roll off my back. Paradoxically, one of the least anxious times I can recall was right after my dad's passing. Because if I could live through that and survive, daily challenges suddenly don't seem so daunting.

I suppose there are some -- particularly everyone in show business -- who might caution me about revealing vulnerability. The truth is, constantly putting up a front of strength is depleting. It's a façade. And preserving a facade of happiness and success is ultimately what took my father's life. He went to such great lengths to hide his pain, that there was nothing we could do till it was too late. Ever since, I have vowed to live honestly and transparently. To admit, that some days are hard. I figure every time somebody speaks out, somebody else will too. Maybe someone else with depression may feel slightly less alone. And maybe family members, spouses and co-workers can be a little more aware that lots of people you know may be struggling secretly, right there in plain sight.

More:
how to deal with anxietyhealthy livinganxietydepressionmental illness stigma
Newsletter Sign Up
The essential guide to taking care of your mind and body
Subscribe to HuffPost’s wellness email
Successfully Subscribed!
Wellness delivered to your inbox