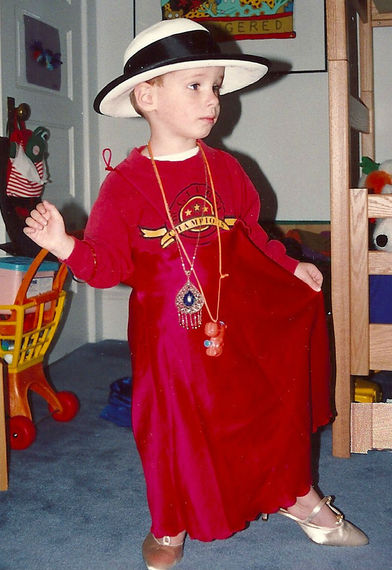 "That's it!" I said aloud from my seat on the subway. "Performativity!" I glanced up from the page thinking people might be staring, but no one had noticed I was talking to myself. I turned back to the New York Magazine on my lap and Molly Fischer's article, "Think Gender is Performance? You Have Judith Butler to Thank for That."

I was learning that Butler's landmark book, Gender Trouble, published in 1990 (the year my son Harry was born), had challenged traditional ideas about gender and introduced her theory of gender "performativity" - the belief that gender is something that continually unfolds. Other terms jumped off the page at me, too, like "binarism," "heteronormative," and "social construct."

I'd first heard those terms from Harry. He used all three of them in a single sentence the summer after his freshman year at Wesleyan. My son who was gay had come home from college identifying as queer. Harry explained that he rejected the gender binary and "heteronormativity," and that gender was "all just a social construct anyway." I remember saying, "Wait...what?" It was my first real understanding of the difference between sexual orientation and gender identity.

Harry's gender had been performative since he was two, when he thought the difference between men and women was "earrings."

My niece, Lana, introduced me to Judith Butler during a phone conversation in the fall of 2013. She was a sophomore at Grinnell, reading Gender Trouble in a Critical Theory class. I'd expressed an interest in continuing to learn as much as I could about gender identity and gender expression. I jotted down Butler's name on my future reading list, where it remains. To be honest, the text was difficult, and I didn't get past the preface.

Since then, American philosopher, gender theorist, and University of California, Berkeley professor Butler's ideas about gender and its dynamic as "performative" have become mainstream. I'm heartened that it's now being talked about as an important part of popular culture.

While reading the magazine article about Butler on the subway, it struck me that Harry's gender had been performative since he was two, when he thought the difference between men and women was "earrings." 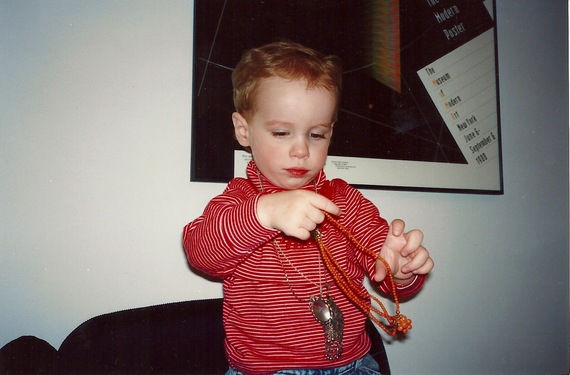 Harry was still two when he asked one night before bed, "Momma...how do you know I'm a boy?" I was so caught off guard by the question I didn't know what to say. Why wasn't he asking me what book we were going to read or something easy like, "Why is the sky blue?" I gave Harry a basic anatomy lesson, but I could tell from his expression that something about my answer didn't sit quite right. When I asked what prompted him to ask the question, he replied self-assuredly, "Inside my head I'm a girl." And so began the journey that, 24 years later, has led me to Judith Butler videos on YouTube.

Knowing that gender is something we create internally based on our feelings and sense of self has helped me better understand Harry's evolution as a whole person who just doesn't think of gender as "either/or." My kid was a toddler of the '90s, who liked his Power Rangers almost as much as his Cinderella Barbie. He loved the color pink and his neighbor friend's lacy socks. He didn't have "gender issues." It was I who was confused, not him. I realize now that, without my knowing it, Harry was a gender rebel.

2-year-old Harry had no full understanding of society's established gender norms. And he certainly wasn't aware yet of the gender policing that occurs through teasing and bullying for kids who express their gender differently than the expected stereotypes.

I imagine most adults haven't given much thought to the concept of children who "do" gender differently than the expected norms. Harry's room and toys were mostly gender neutral, but when he wanted only "girl stuff," the terms gender-nonconforming, gender creative, gender fluid, and transgender didn't exist in my world. And for as many times as I was confused, or scared, or worried, I tried to listen carefully and keep an open mind. I learned to trust my instincts and, eventually, not to care what other people thought. I decided that as long as Harry was happy, I'd let him lead the way. Today I'm still following, only with more confidence. 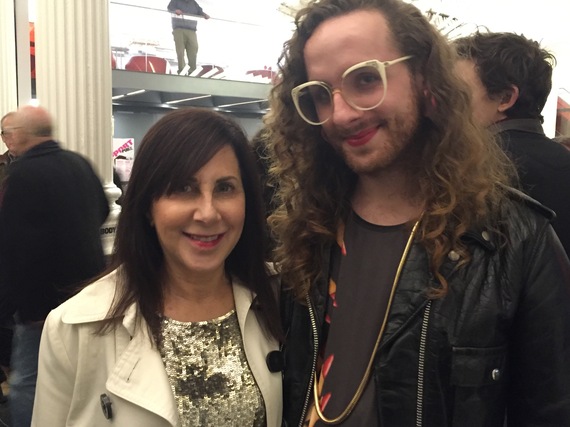 So I do thank Judith Butler. She's added to my continuing education on the wholeness and playfulness of gender. Every child and adult who does gender differently deserves to live a fabulous life, expressing who they know themselves to be with spontaneity and joy.