Your toilet probably isn’t the piece of furniture you proudly show off to guests, but it should be.

Wednesday marks World Toilet Day, the advocacy event that raises awareness for the 2.5 billion people who don’t have access to basic sanitation and the ways in which this issue particularly endangers women and girls.

Defecating in the open can lead to a host of infections, including cholera and diarrhea, which is the second leading cause of death of children under 5. Women and girls are at risk of rape and assault every time they traverse in the open to relieve themselves. A lack of single-sex toilets leads girls to miss school while menstruating, resulting in absenteeism 10 to 20 percent of the time.

To demonstrate the immeasurable value of the toilet, and to showcase just how many women and girls live without them, My Toilet has collected poignant sanitation stories and images from every corner of the world. The pictures were displayed on Monday at the Royal Opera Arcade Gallery in London and the group hopes to continue adding to the collection.

Below is an excerpt of some of those stories.

In Bangladesh, Women Delay Relieving Themselves Because They’re Afraid 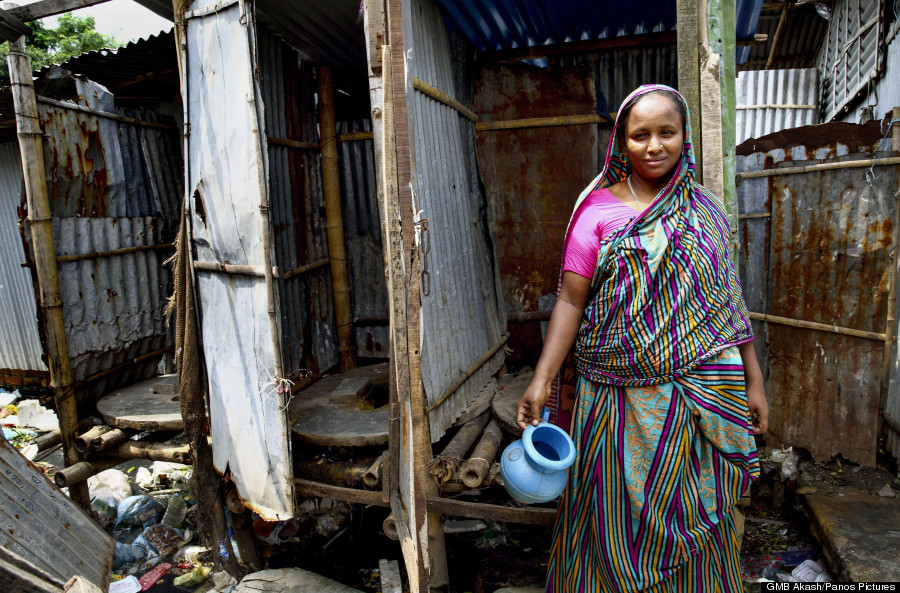 About 15 million Bangladeshis defecate in the open, use hanging toilets or buckets, or walk long distances every time they need to go to the bathroom. For women there who don’t have access to private toilets, it’s often preferable to wait until morning to relieve themselves, rather than risk getting attacked.

But this tradeoff can lead to urinary tract infections and dehydration, since women will limit their drinking to prevent them from needing to go to the bathroom, according to Urban Partnerships for Poverty Reduction.

Rubina, 38, is one such woman who has to make this impossible choice daily. She lives in a slum in Dhaka and uses a hanging toilet that is 20 meters (65 feet) from her home. Once, in the middle of night, she said someone knocked so hard that she "thought they were going to break the [bathroom] door." Since then, she hasn’t used the toilet after 9 p.m.

In India, Women at Risk for Rape While Relieving Themselves 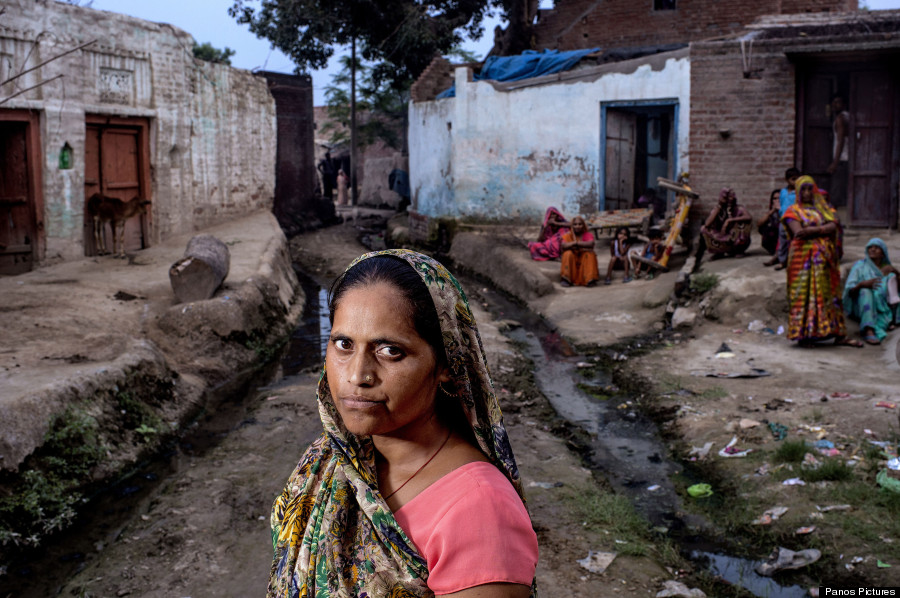 Geeta, who lives in Katra, Uttar Pradesh, walks almost 6 kilometers (more than 3 miles) every day, in the early morning and late evening, to go to the toilet in local fields. The risk of getting attacked in these moments are particularly prevalent in India where a woman is raped every 30 minutes. Last May, two teenage cousins from Geeta's state were brutally gang raped and hanged from a mango tree while going to the toilet in a field.

In Kenya, Girls Miss 6 Weeks of School Because They Don’t Have Toilets 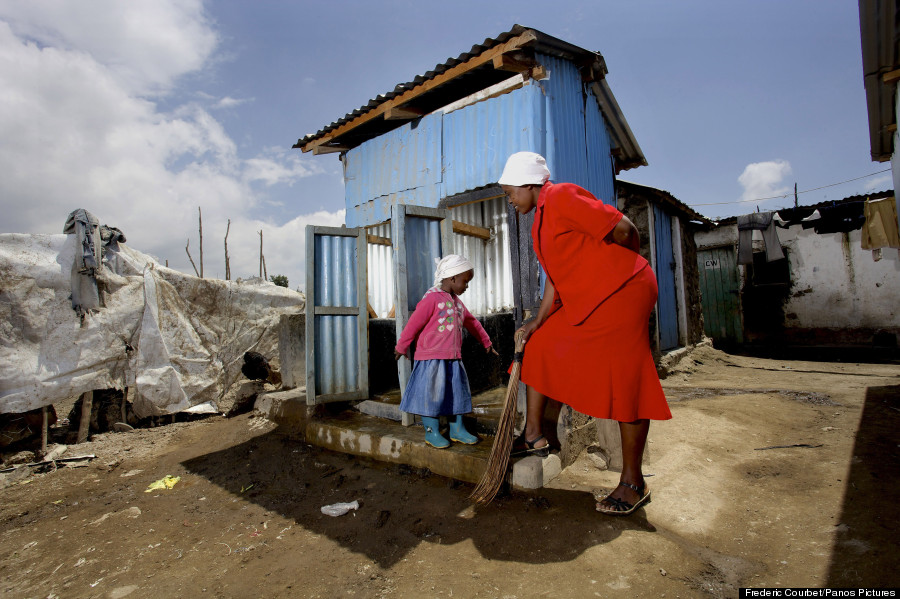 More than 850,000 Kenyan girls miss six weeks of school every year because they can’t afford sanitary pads, and even if they can, they don’t have access to a private latrine in school to change their menstrual materials, according to Global Hand.

Eunice, co-founder of Kasarani Academy in Naivasha, is trying to change that. Previously, the school only had two toilets for 250 pupils, which nearby tenants also used and didn’t take care of. Eunice and her husband have invested in child-friendly toilets, which adults can’t use because they’re too small, and more parents are enrolling their kids in the school because of this sanitary feature.

In Brazil, Much of the Sewage Goes Untreated 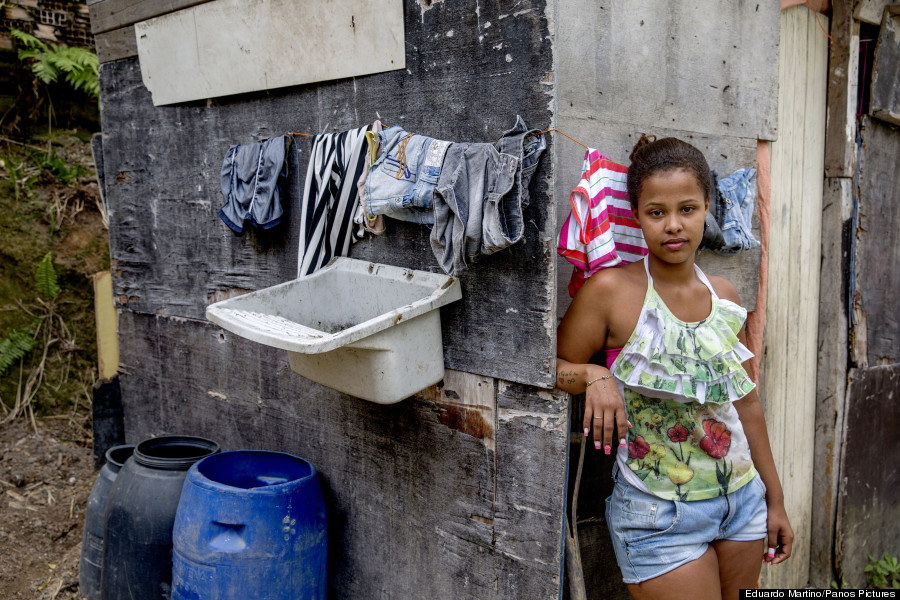 Olympic athletes will call Rio home in 2016, but its sanitation is anything but world class.

Nearly 70 percent of Rio de Janeiro’s sewage goes untreated, meaning runoff from its slums and poor neighborhoods drains into and contaminates the water, according to the Associated Press.

"One day I would like to have a bathroom with running water," Lorena, 16, who just moved into one of Rio’s favelas, said. "Some people around here have not been lucky with their health, due to the sanitation situation."

In Ethiopia, Millions Still Defecate in the Open 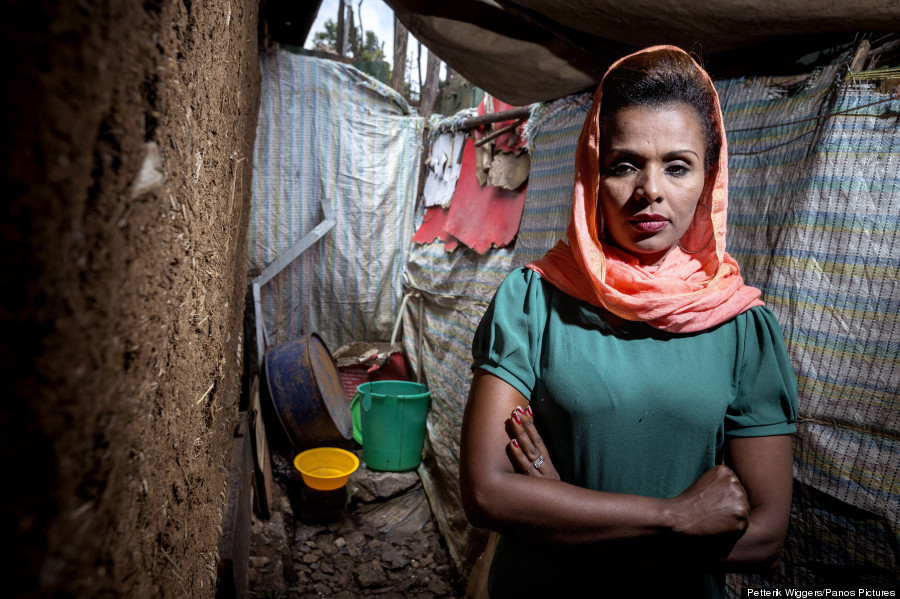 In Ethiopia, 38.1 million people still defecate in the open and in Addis Ababa, only one in 25 households has access to a toilet that isn’t shared with public households, according to the Guardian.

Meseret, a widow living in Addis Ababa, lives in a one-bedroom government house with her two children, two sisters and mother. The shared toilet is a far distance away, so the family typically uses the side yard, which puts them at risk for contracting typhoid, cholera and diarrhea, which is particularly dangerous for kids.

In Haiti, Lack of Sinks Raises Risks for Infection 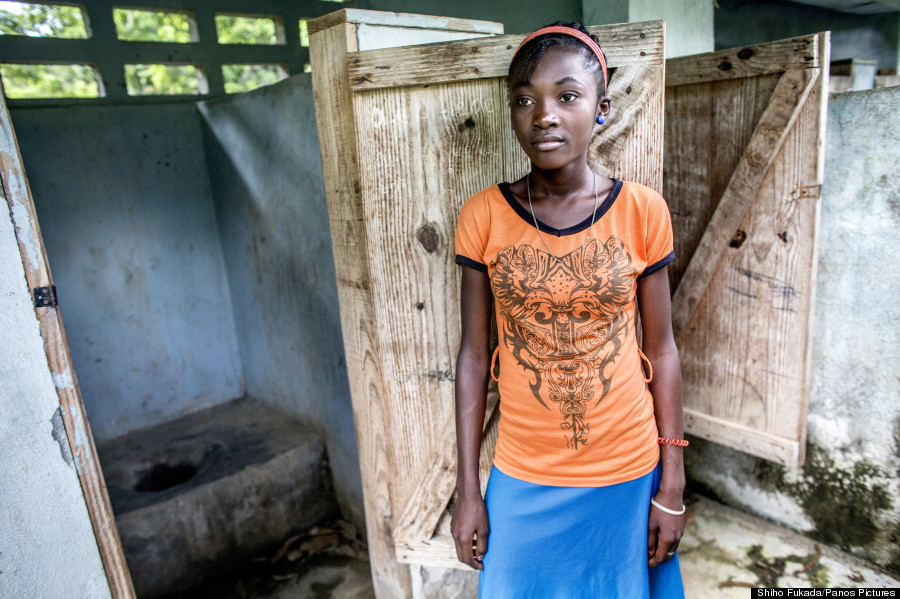 While Mirlanda, 15, appreciates having access to a toilet at school, she wishes "it was kept cleaner and safer for the students to use." The bathrooms also lack sinks, which increases students’ risks for getting sick.

Hand-washing is considered one of the cheapest and most effective ways to ward off infections. According to the CDC, washing with soap could prevent about one of every three episodes of diarrheal illnesses and almost one of six episodes of respiratory infection, including like pneumonia.

The group has invited supporters to tweet a picture of themselves holding a sign that reads #ToiletEquals followed by their thoughts on what having a toilet means to them. Find out more about My Toilet and how you can get involved here.

PHOTO GALLERY
Toilets Around The World

1 / 18
Bangladesh
To raise awareness for World Toilet Day 2014, <a href="http://www.panos.co.uk/stories/2-13-1727-2221/Various-Photographers/My-Toilet/" target="_blank">My Toilet</a> showcased photos taken by Panos Pictures of women and girls around the world posing with their toilets. Across the globe, 2.5 billion people don&rsquo;t have access to basic sanitation, a human rights issue that disproportionately affects women and girls.