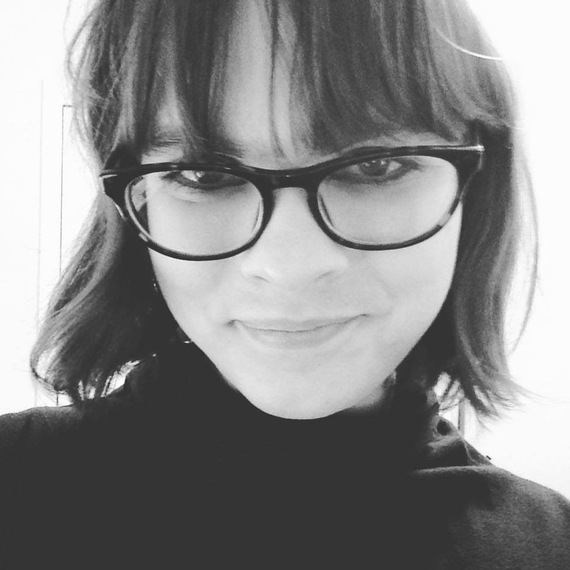 Identity -- gender, sexual orientation or the connection to one's own race or ethnicity -- plays a pivotal role in all our lives. But it is especially crucial to those who have to earn the right to express it.

The right to one's own identity is something still being fought for in many marginalized communities, and when something so precious is reduced to a thing, a thing desired solely for sexual pleasure, it hurts in a very deep way. This is what can happen when a transgender person encounters a "chaser" -- someone who has a "fetish" for transgender bodies.

Those who fetishize transgender bodies are participating in a culture of transphobia that deems our bodies as important solely when they're sexualized. The act of "chasing" is, indeed, rooted in a cultural assumption that the only reason someone could want to be with a trans person is because of a sexual fetish. When cisgender male celebrities like rapper Tyga and NFL player Hank Baskett have been "caught" with trans people, it's been treated as a "scandal," with the media and public assuming it must be because they have a "thing" for trans bodies.

In the aftermath of the Tyga "scandal," Mia Isabella, the trans woman who he was allegedly with for three years, said:

It's very sad that the idea of a man loving a trans person has to be considered a scandal when all people are equal ... Am I not an American with the right to love and live as I choose with whoever I choose? If a celebrated man loves a transgender woman or possibly did -- that's news? It shouldn't be news, it should be normal for anyone and everyone to be allowed to love who they choose.

Transgender activist Janet Mock also weighed in on the way the affair was treated, saying she was "invested in what this public shaming does to the women who are kept in the dark, made to feel they are unworthy of love and acknowledgement, who are made to feel as if they are only deserving of ridicule and violence."

Because fetishes in general have a long history of being demonized, it may be tempting to view conversations surrounding this fetishicizing as just another crusade against non-traditional sexual preferences. But this accusation couldn't be further from the truth.

Sexual fetishes cover a broad spectrum -- from foot worshipping to spanking to sploshing -- but when someone says they prefer men, they say they are straight, not that they have a "fetish" for men. This is because we typically understand general sexual orientation as an attraction that can encompass a desire to know and love that person beyond the realm of the physical. Chasing, by reducing an individual's gender identity to sexual fixation, doesn't move beyond the purely physical realm. And it is, as such, dehumanizing.

"Those who fetishize transgender bodies are participating in a culture of transphobia that deems our bodies as important solely when they're sexualized."

As trans women, how are we supposed to be with someone who has stated that their reason for being attracted to us has nothing to do with our personality or our tastes or our perspective on life, but with our particular configuration of body parts? Moreover, how are were supposed to feel when our culture assumes this kind of sexualization is the only way for us to be wanted?

Yet, sadly -- because of how much transphobia permeates our culture -- trans women are often made to feel as if they should be grateful for any kind of attention they receive, even if it's as reductive as this.

A similarly problematic fetish that bears some significant, if incomplete, parallels is the preference for Asian women. A close friend of mine mentioned to me once how she wishes she could wear pleated skirts in public, but she refrains from doing so because the attention she gets makes her feel like a "walking fetish."

Of course, all women undergo a greater amount of harassment related to their appearance, but a sexual fixation related to a person's gender identity or racial heritage is more than just an unfortunate aspect of male gaze; deriving sexual pleasure from the fact that someone's gender identity or racial heritage is an "other" suggests that they're not an equal.

This sexualization can also manifest as a damaging assumption that trans women aren't "real" women. Shortly after coming out as gay, boxer Yusaf Mack "admitted" to wanting to be in a relationship with a transgender woman. By professing his attraction to trans women as an extension of his attraction to cisgender men, Mack showed that he does not regard trans women to be women, but simply a different "type" of man.

Until we decide to have a real conversation about the fetishization of trans bodies, stories like Mia's will continue to make headlines as a "scandal," and trans women like me will keep encountering people who try to tell us that we should be grateful for the leftover libido of chasers -- as though that paradigm could ever be equal to a loving relationship built on mutual respect.

This piece by Charley Reid originally appeared on The Establishment, a new multimedia site funded and run by women.

The Complicated Ethics Of Penis Transplants

Why Are We So Scared Of Teenage Girls?

33 And Never Been Kissed

Media funded and run by women.