I've had bad dreams too many times
To think that they don't mean much any more
Fine times have gone and left my sad home
Friends who once cared just walk out my door
-Love Has No Pride by Eric Kaz, Libby Titus

I woke up early Sunday morning after I had a bad dream. It wasn't quite a nightmare. Those are the ones where I wake up just at the point where the monster is about to swallow me whole, or the car I'm in goes off a road on a high mountain and is tumbling and tumbling as I wake with a start! 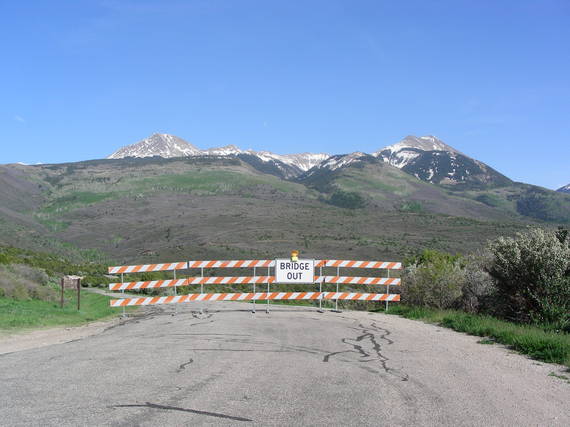 This was one of those dreams that are just so unsettling as they unfold in your consciousness. You may know the feeling. You are both an observer of the action -- which by some strange sense of time you already know what is going to happen, yet you cannot do anything about it, and are also an actor in it, and are performing the required role of being you!

You know there is lesson you're supposed to learn from this, but as soon as you wake, the entire dream starts to slip away from your mind, and is often hard to recapture. Sometimes this is a good thing, but sometimes there is a strange feeling that you carry through the day and are not sure why. This one was one of those.

Let me set the scene.

I was watching an ex-partner on the phone talking to the "authorities," and telling them I failed to replace the bald tires on our car. As she hung up the phone, she noticed me watching her. She came over with quite the smug look on her face and announced, that they will be soon coming to take me away and it is over.

I wanted to question what in the world she was talking about, but it seems that in these dreams I never, ever have a speaking part. Then the scene repeated over and over. Like one of those sports highlight films that are shown over and over, before I managed to pull myself awake.

It made no sense to me while it was happening, or when I awoke, and it was a bit frightening.

There are different ways one can look at dreams. I subscribe to the idea that dreams are to both teach you a lesson and allow you to practice for some future event or challenge. So, what am I to make of this one, as a few parts of me just want to run away from it as fast as they can?

But, as I think about this, it's meaning seems to be coming to me, and I was surprised that this is actually an old story of mine that I did not recognize, and perhaps may be in process of playing out again in some new way. It is my story of self-acceptance that I am transgender and knew that I had to do something about it.

Here is my dream interpretation:

The ex-partner was not another person, but rather it was me, this present version of me, living my true life, while the "I" in the dream was the old "male" version of me letting his tread run bare and refusing to replace the old tires as he was so tired of traveling that road over and over, but refused to take any action on moving forward in any direction. Someone had to force the issue, so this present version of me called the "authorities." All so that I could/would at last learn to love myself and live my truth.

Now, this sounds familiar and correct, but there are still so many unanswered questions.

Why am I having this dream?

I know that there is no issue with living as my true gender, but is there something else that I need to prepare for?

Am I refusing to take another step into some other unknown?

What is this is asking me to practice for?

I sense there is something else out there. Part of me is afraid and part of me wants the adventure. I know there will be change. After all change is the only constant in this world, and I really do not want to ever let my tires get bald again. I hope there will not be losses but it took me sixty years to learn to not let that fear get in the way. Right? Right!

I do need to think about this. My interpretation sure makes sense to me, and maybe that dream was not as bad as I thought. It is always a matter of perspective! I still need to figure out what I need to practice, but it is no longer frightening.

Maybe even the bad dreams have something good to say!

Love Has No Pride - Bonnie Raitt