It was long ago and oh so far away. The memories were, at least I thought, well tucked away into the crevices of my gray matter where my growing up experiences had been stored for a long, long time. Now this new song by Paul Simon and Dion has pulled them from storage to float around in my present consciousness.

I was born and raised in Brooklyn. From ages 12-22 I lived on East 15th street in Brooklyn and the elevated trains were in my backyard and ran all through the night. The "subway" rocked me to sleep each night and rocked me out of bed each morning during my teen years. I lived home during my college years and took this train five days a week to lower Manhattan where I went to school.

It is no wonder why that line in the song has loosened these old memories.

I wondered why I felt different. I wondered why when no one was home I was drawn to my mom's closet and tried on her dresses, her stockings and her shoes. I listened carefully to make sure there was no key turning in the door. I dare not tell anyone about this. No, never ever tell anyone about this. It was all so confusing. I sat and listened to the radio and watched the TV in my room and listened very carefully to the door, but every few minutes heard only the rumble of the train going by.
...

My world was the neighborhood. I took the public bus to high school and the subway to college during these years. There was a field around the corner where I could take a basketball (well it was New York) and since I had the ball, get chosen in to a pick up game. No, I was never any good and could only dribble with my right hand, but it kept my mind from wandering to what was in that closet if I stayed home.

On the corner where I lived was a pizza place. I remember the day it opened. Back in the 1960s, it seemed there was one on every corner. It was 15 cents per slice or $1.25 for the entire pizza. My father was allergic to cheese -- or so he claimed -- so we often asked the owner to make half of the pizza without cheese. He thought my father was crazy, but Dom and Blackie became friends. It was years later, when this pizza that I took for granted became world-renowned. I even remember the days I shared a slice with the miniature poodle we owned. 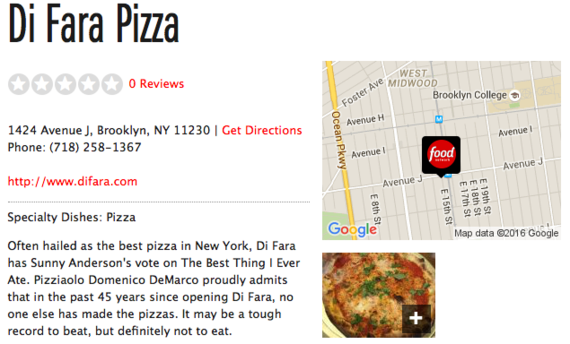 My World: The Old Neighborhood

It was long ago and oh, so far away.

I learned how to hide myself in many ways during those years. I knew I would leave New York. I thought it was my family that was smothering me. It took me decades to understand that I was doing most of that smothering to myself. I continued to learn how to smother myself as if it was a fine art. I used a negative view of New York and New Yorkers as an excuse why I did not connect, open up or trust people. "I was socialized that way," was my ready excuse. I made this up without realizing or caring if it was true or not. It was convenient. So I even learned to believe it.

I have no family left to visit in Brooklyn. Last year was my 50th High School reunion, but I did not go. I heard there were two other trans people who went, so in a graduating class of about 1200 this sounds about right. (Yes, these are New York schools.)

I have spent most of my life in the Boston area, although I was born and raised in Brooklyn, New York. I raised my kids here, and they are now each on their own life's adventure. They have more wanderlust than I ever had. As I enter the end of my sixties, I am beginning to feel some sense of unrest but still not sure if I will do anything about it.

It was long ago and oh, so far away.

Maybe those formative years are not as far away as I thought they were. I was surprised at how quickly they flooded back into my consciousness and with a fondness that might not have been there during the original experience.

There is a saying ... Home is where the heart is. It took me a long time to be at home in my own skin. Now that this skin is aligned with how I always knew myself to be I am aware that I have had many homes throughout my life, and those learned skills of hiding now have their home in those stored memories.

I enjoy that my heart can remember many homes and many times that I have lived. I love that I can find the happy places in them more now than ever before. I am free to be me, and glad that wherever I am now, I am home.

Even if I do not go back very often, the song is right, New York is My Home. At least one of them.

I am learning it really is not as far away as I thought it was.

Grace Stevens transitioned at the age of 64 and holds a Masters Degree in Counseling Psychology. She is the author of No! Maybe? Yes! Living My Truth, an intimate memoir of her journey to live authentically. Grace is available for speaking with Live Your Truth: Discover Paths to Improved Performance. Grace's new book Musings on Living Authentically will be available in August 2016. Visit her website at: http://www.graceannestevens.com/. Follow Grace on Twitter: www.twitter.com/graceonboard .