Tipping Points!!! They happen all the time. However it is hard to predict exactly when they occur. What is common about them -- and why they are called "tipping points" is that the rate of change when the event occurs is astonishingly high.

For many of us, who have struggled at some point in our lives to come to terms with feelings and internal knowledge that the sense of our own gender did not match the container we were born in, as we had so little information about people like us to provide any models or examples. Our various cultures labeled our feelings as mental disorders and perversions. Media painted people like us as being sick and problematic and even dangerous. Internally we each had to reach our own individual "tipping point" of self-acceptance, while we were on journeys where we became isolated, hiding and even fighting the world.

Over the past 2 years, something amazing has been taking place. The dreams of the transgender activists have started to take hold. They have been on the front lines. Even today they challenge us to be seen -- to be visible, and to share our stories.... our totally human stories of the challenges to be just who we are, not who someone else wants us to be!

But now, the Department of Justice and the entire Obama administration wants you to know that we see you; we stand with you; and we will do everything we can to protect you going forward

As we have become visible, our hope was that this would enable others to learn to accept who we are. This is and has been true, as we have observed over the past two decades with our brothers and sisters who are gay and lesbian. In fact, it seems that once a tipping point of acceptance is reached, those who have become accepted now may once again not be as visible as they once were. It seems that so many people have a gay or lesbian relative or friend that it is really not that big of a deal. (I do know that for those coming to terms with this ourselves, it is always a big deal.)

Although we are not anywhere near the day when coming out as transgender will be transparent to our family and friends, I do have dreams and visions of that day. 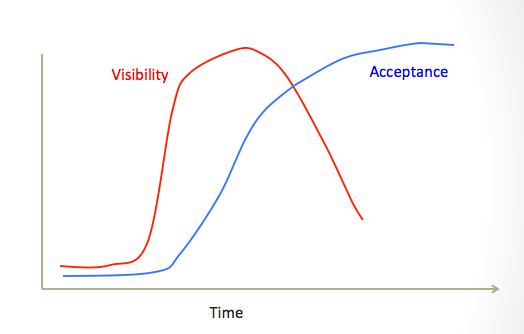 I am pretty sure that this is a goal that most of us have.

Please do not define me by my transness!

I know that the excitement for me in achieving self-acceptance including wanting to shout out, see me, hear me, this is me! I fought the internal battle and it sure would be nice if those around me acknowledge this. I am pretty sure that today, when someone transitions gender, they will hear how brave they are -- how courageous they are. I wonder if once acceptance is achieved this will all go away, and if so, what impact that may have to some people.

I wonder how far away in time we may be from these days. I wonder if this vision of mine is even something that may occur. I wonder...

We are visible now. We were not in the past and we may not be in the future.

In The Once and Future King, Merlin lived backwards in time, and more than anything he tried to teach young Arthur how to live when going forward in time. I am pretty sure we will be winning our battles of acceptance and then perhaps be assimilated... but there is still so much more for each and all of us to learn. 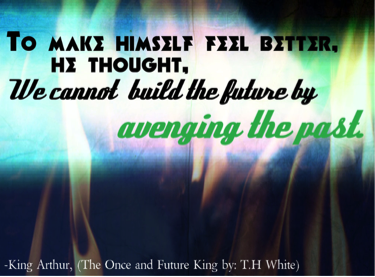