It was almost four decades ago when I was about to leave my twenties and celebrate that feared thirtieth birthday that would mark that I was over the hill! One of the mantras of my baby boomer generation was to not trust anyone over thirty. I was about to become untrustworthy!

I will always remember how a friend -- actually my ex's former roommate, had a better way to describe one's age than just the raw number of years. She broke each decade into two levels of refinement, which to me, just sounded better. Here is an example that I used in my thirties.... 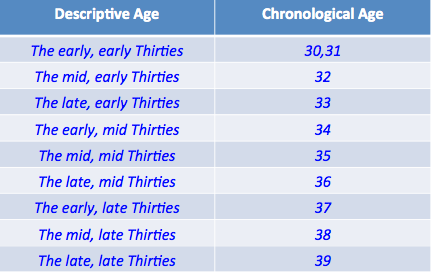 In just a few days, I will be celebrating another birthday as I enter my late, late sixties. For some reason, the dual levels of refinement does not seem to work as well for me in the last year of this decade. No matter how I may name it, reaching the age of sixty-nine, is very much pointing out to me that so much more of my life's experiences are behind me, while I still need to make the most of whatever experiences may still lie before me.

I think of this as my second summer of 69. The first was the actual summer of 1969. You know, the one that Bryan Adams reflected on and sang about....

In the summer of '69, I graduated college, moved from New York to Boston, got my first job, and actually joined that cohort group called adults. For the four years in college I joined various intramural sports teams with a group of students and we named ourselves, The Fighting Sixty-niners. We thought this was a great double entendre, but what more could you expect from engineering students? I was 22 -- in my mid, early twenties, and about to embark on my life's adventure. I was excited and scared, and as you probably know by now, totally confused by all my hidden and denied feelings about my gender identity.

The summer I turned 29, I had just got married. I never shared my secret feelings, before or during my marriage. I never thought I would get married; yet I did. I purged the hidden stash of women's clothes that I had hidden in a suitcase. I know now this is not an uncommon story.

The summer I turned 39, I was the busy and proud father of three kids who were 8, 5, and 3 years old and a dog. We were in our second house by now, and in the past decade I had changed jobs five times, seeking startup success, to no avail. All through this time, my gender issues were never far below the surface, but there was so many other things I was responsible for that were my priorities. I know so many people, who at this point in their lives could not hold their issues down as they were raising a family, and had to save themselves first. I totally get this. In some sense, I think I was lucky that I was able to hold it in a bit longer, at this time of my life.

The summer I turned 49, I had changed jobs once again five more times, and still was chasing startup riches. I had been coaching little league and basketball for each of my kids at throughout the decade, as my oldest was now getting ready for college. Between work and kids, there was little time to nurture my marriage, and my dysphoria was beginning to make more inner noises that were beginning to be harder to ignore.

The summer I turned 59, I was divorced, and living in an apartment where almost every night I secretly dressed in women's clothes. I never dared go out, oh no! My apartment was a classical Big Closet. I was lucky during this decade and was able to sell some company stock during the era of the tech boom. I was working full time during the day and was in my second year of my Master's Counseling program at night. I had a new friend who I shared my secret with. However I still struggle with the whys, and what I should be doing about my dysphoria. I had no clue where I was going.

This summer I turn 69. It has been seven years since I accepted my truth and five years since I transitioned. I had multiple sets of surgeries to align my mind and body, which is a blessing I am thankful for each day. I spent six years working part time as a mental health counselor as I continued in the tech world until three years ago. I have become an author, and a speaker, and have been lucky to not lose any of my family through this decade. I am authentically me, and have not only stopped hiding so much of myself, but have been discovering so much more of who I am. I am open and willing to listen and learn from others, which was something I did not do very well through all the preceding decades. I am learning to be present, no matter how much I wonder what may be next for me.

At 69, I have no job to go to each day. This was not my plan, but it is what the universe has provided for me. I continue to re-invent myself on a daily basis, which is now the excitement and scariness in my life. This is much easier to deal with than the dysphoria that provided those feelings for so long.

I don't know if there will be another late, late birthday for me to celebrate, and I find that it is strange that I even think about this. My mother passed at 69, and my father at 79. I doubt that it is any indicator for me, but I think about it a lot. With all my surgeries, I have rebuilt the outer shell that can fool others, as I am appearing younger than I am. I try hard not to fool myself also.

As I look back, I have nothing but gratitude for this long strange journey. I share that nothing is ever impossible and it is never too late to live your truth.

I am lucky to have had so many great summers to enjoy. I am looking forward to as many more that are offered.