Say what you may, 2015 was a year that pulled back the invisibility cloak on the transgender community.

What was found underneath that cloak, many of us who have been part of the community for some time was well known. For most of the population there was so much new to wrap their brains around. Yes, for so many this was not an easy task. Some people were open, and wanted to learn, while some were resistant. The unsupported, fear-based arguments about bathrooms often overwhelmed the issue of living authentically and saving real lives.

Yet, we were visible and the word "transgender" was heard on many lips, whether they knew what it was or not.

In fact, let me show you how the word is on the lips of even my 4-year-old grand-daughter. A few weeks ago I gave a copy of the book I AM JAZZ to my son and he started to read it to Maya, who instantly fell in love with the story. She made him read it to her over and over. Mind you she is only 4; she does not know how to read; she has two other grandmothers and only knows me as Grace. Yet watch her "read" and there may be only a single word on her lips that is clear... Yes an important word, indeed.

It appears that the new generation will know this word, and that those of us who are transgender are just like them too.

Yes, the word is out there, which is a great start. But, there is much more to be done. Many of the activists who have been raising their voices for years are now being heard. It is still a battle in many places to be seen and to be heard; to be understood and accepted; to come out of hiding and being afraid. In different areas, we have to fight for our rights to just be who we are.

In many places we are being seen and heard and finding allies in high places. We have politicians who not only see us and hear us, but come and talk to us and fight for us.

This past week, at the 36th annual First Event Transgender Conference, we were honored to have had the honor to have two major leaders come to speak to our community to provide both support and hope to not only those of us in Massachusetts, but for trans people and their families everywhere.

Last Friday night at First Event we held our annual fashion show and for the first time we were happy to integrate a number of trans kids into the program, some who sang and rapped in front of over 300 adults to wild applause. Our guest speaker for the night was Maura Healey, the Attorney General of Massachusetts, who is a staunch supporter of our community. 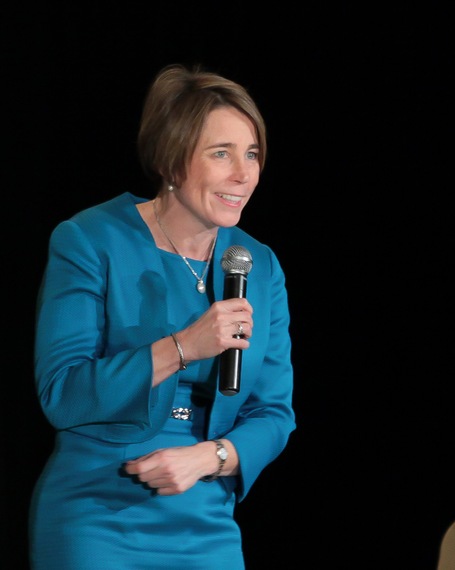 Having Ms. Healy attend and send a letter of support to us certainly shows the progress our community has achieved in being visible.

This was also the first year we expanded our youth and family program to both cover both Saturday and Sunday. We were honored to be visited for the Sunday Family luncheon to be addressed by United States Congressman Joe Kennedy III. 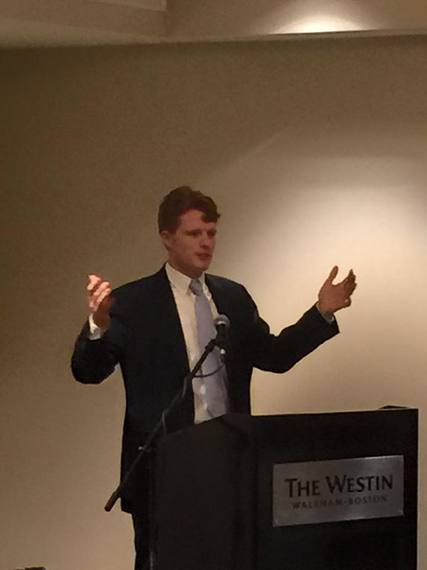 He shared with us about a bill that has been introduced in Congress. He told us this.

Introduced by Congressman David Cicilline from Rhode Island, the Equality Act would add sexual orientation and gender identity to the protected categories in the Civil Rights Act.

That means that any transgender citizen -- and any member of the LGBT community -- could never be fired for who they are. Or denied housing because of how they identify. Or turned away from a movie theater because of the hand they held on the way in.

Walking through airport security should never be a traumatic experience.

Planning a road trip should never involve researching which state will allow you to use your bathroom.

And no one should ever be met with intolerance from classmates and administrators when they walk through their school's doors.

Our lives are full of those fleeting, small moments that we take for granted every day. The ones we don't think about until we realize that they aren't so small after all. It is those often overlooked moments that lie at the heart of this effort.

The Equality Act would ensure that every American gets to take those moments for granted too.

Last weekend, on Friday evening and Saturday afternoon, we have been seen, and heard, and learned that we matter like everyone else. Yes, there is still some important work to do. Not all of our elected leaders have heard us and seen us quite yet. I know in my heart that they soon will. Leaders do not really want to be on the wrong side of history.

There is still work to do. However, it is true that we are not so transparent anymore.