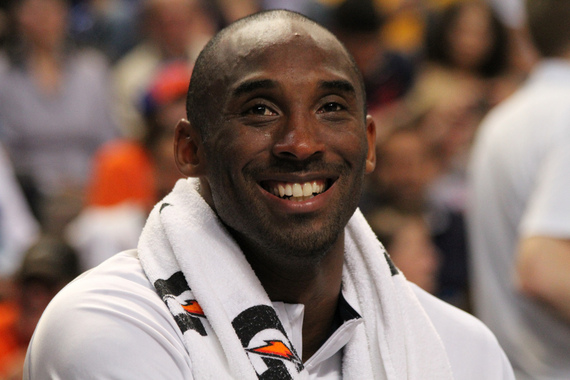 I've seen Kobe Bryant play live once in my life. It was at Staples Center against the Suns, back in 2012.

Kobe looked bigger in real life than on TV. And it was clear that he was the best player on the court. A cricket fan would have been able to see that.

This season, they're officially the worst Lakers team ever. It's a sad season for a Lakers fan, and I'm sure Kobe would have wanted to leave on a winning note. But all good things have to come to an end. And as Kobe's final NBA game swings by, I decided to pen my own tribute to him.

I've watched him for 16 years, and this is what I'll remember most about watching him play.

For me, the most inspiring thing about Kobe was his desire. His desire to win. To dominate. And to become the greatest player of all time.

Of course, he fell short, like most of us who dare to pursue our dreams. But it was inspiring to watch. And fun. If watching MVP Steph Curry is like seeing Legolas shoot arrows in Lord of the Rings, watching Kobe was like watching Rambo.

Perhaps you could argue that his single-mindedness was bad for both the Lakers and him. Honestly, Kobe had an oversized ego, took up too much cap space, and was a ball hog. But did any player work as hard on his game as Kobe? Maybe he shouldn't have shot the ball so much. But he sure as hell deserved to.

Kobe had a scorer's mentality. And though a casual observer wouldn't understand -- the mentality of a scorer doesn't take into account what happened last season, yesterday, or even five minutes ago. The job of a scorer demands that at any single play, he block out all mental distractions and makes a confident decision. It doesn't matter if he's gone 5 for 23 in his previous shot attempts. What matters is now.

Yes, Kobe had a lot of bad that came along with the good. But I can forgive him for the bad. Because he always tried so bad.

Heart vs. mind; knowledge vs. instinct. That scorer's mentality was a double-edged sword for Kobe's entire career. Should he choose the statistically-superior option -- pass to Smush Parker in the corner? Or should he follow his heart: blow past one defender, spin around another one and shoot over the third?

Would you let your lazier colleague become the star of the organization and take credit, just because he was bigger, more likable, and started working first?

And what if a crucial decision had to be made -- would you delegate it to someone else, if you sincerely believed you were the most qualified person to decide?

Watching Kobe play was watching a man find himself

As a young Padawan, Kobe had to learn to harness his otherworldly powers and channel them into a team game. As a master on top of his game -- he had to learn not just to thrive within a team, but to lead. But above all, Kobe had to face the same daunting question as all of us: are you really happy with who you are?

But this season he seems different. Maybe it's just me being romantic, but I'm seeing a different Kobe. As he soaks in the atmosphere from each visiting arena, saying goodbye to players and fans alike -- he seems to finally be at peace. A peace that even Jordan never seemed to find.

It's a joy to see him play now, even as he airballs his next 27-foot three-pointer. I hope that someday when I retire, I leave with that same look I see in his eyes.

I used to think that Kobe was the closest thing we had to a robot -- insane work ethic, a body that was indestructible, and ice-cold blood in his veins.

But now I realize why I loved watching him so much over the years.

Kobe Bryant was perhaps the most human of us all.

Read More: What Playing Basketball Taught Me About Winning at Life

A version of this post first appeared at The Good Men Project.