My Chanukah miracle: producing the musical presentation for the 2008 White House Chanukah celebration -- in eight days. I attended and performed with Kol Zimra, the only music group to entertain at two White House Menorah lighting ceremonies, the first in 2004, where we also led the first ever traditional Jewish Hora dance on the State Floor.

Observations and highlights from singing at the White House:

When the White House calls your cell phone, the only number that appears on your readout is 202. (God must be 101.)

When the guy on the other line identifies himself as the White House and invites you to perform for the First Family, members of Congress and the Cabinet, and national leaders of your community, you must stifle the urge to say, "Very funny, Dave, quit kidding around."

White House staffers are professional, punctual and work overtime to be accommodating.
When they can't be accommodating, joking with them about lifting souvenirs from the Lincoln bedroom is not funny.

The White House does their doctrinal homework, from mastering esoteric nuances of Jewish liturgy, like how to recite the Chanukah blessings without taking the Lord's name in vain because the Jewish holiday is not actually beginning for another week; to Kashering (ritually cleansing) the entire White House kitchen, a laudable undertaking the First Lady instituted to make everyone feel equally at home. (In an incident I witnessed in 2004, signage identifying only select foods as Kosher was removed prematurely, leading Orthodox Jews to partake of remarkably authentic-tasting "imitation non-Kosher" food. Major Oy Vey.)

You know how, behind the iron fence, there are those steps between huge white pillars, leading up to the front of the White House? That's where I entered. Too. Cool. Walking in, my wife felt like Cinderella (and I like the Prince).

The front door of the White House opens directly into the Grand Foyer, a hall about the size of the Oval Office perpendicular to the main hallway and equidistant from rectangular dining rooms above the east and west wings where the party would later take place. The interior of the White House positively glows golden at holiday time. Guests are given remarkably free rein to wonder the White House. The White House floors are very shiny.

Watching from the outdoor patio overlooking the Rose Garden as the procession of helicopters carrying the President of the United States (his is the second one) banks past the Washington Monument, touches down on the South Lawn and the President disembarks is heady stuff. (The President was returning from his final visit to Iraq.) Everyone applauds.

From a podium adorned with the Presidential seal, the President addressed rows of guests seats on the State Floor, with prepared remarks about how the story of Chanukah is special for him.

The traditional Menorah candelabra was perched on the red-carpeted landing of the stairway leading up to the private upper floor (where Barack and Michelle Obama had recently toured the family residence) and was lit by the grandsons of Harry Truman, the president who recognized the State of Israel, and David Ben-Gurion, the Jewish State's first Prime Minister.

The Kol Zimra ensemble of 15 performers sang an energetic Chanukah medley, highlighting popular Hebrew selections, per the White House's special request, and building up to a rousing original composition that I co-authored called "Thank You (The Chanukah Anthem)," which weaves the traditional Chanukah songs into the concluding refrain. It rocked. President Bush's musical rhythm is as well-timed as his shoe-ducking.

Thunderous applause for your performance from the First Family, members of Congress and the Cabinet, and national leaders of your community feels very validating -- and humbling. You might say we brought the (White) house down. You might say.

I don't get nervous performing in front of the President -- even when blanking on a line of lyrics to the song I'd just written. Seriously. (I made something up on the spot that filled the space.)

White House food is outstanding. I kid you not, if you ever go, leave yourself an extra hour just to eat.

The First Family poses for something like a hundred photos an hour at holiday parties. Up close, the First Family looks regal, albeit lined and very, very tired. VIP guests are approachable -- and candid. When I was asking "The Architect" about his new role as a fair and balanced cable news analyst, another guest interjected, "Yeah, what is this bi-partisan Horsepucky?" (Said guest didn't use the word Horsepucky.)

Kol Zimra led guests in our second-ever Hora circle dance on the State Floor, first accompanied by the Marine Band and then a capella, with an impromptu medley of popular Jewish songs. (Note to self: expand Marine Band's Jewish repertoire beyond Hava Nagilla.) The White House floors stay very shiny.

I feel honored and privileged to represent the Jewish people -- treated as outsiders (to put it charitably) by most citizens, never mind leaders, of the world for 2000 years -- to celebrate the Festival of Lights, Chanukah, in the home of the leader of the land of the Free and the Brave.

My Bubbe, she would be kvelling. 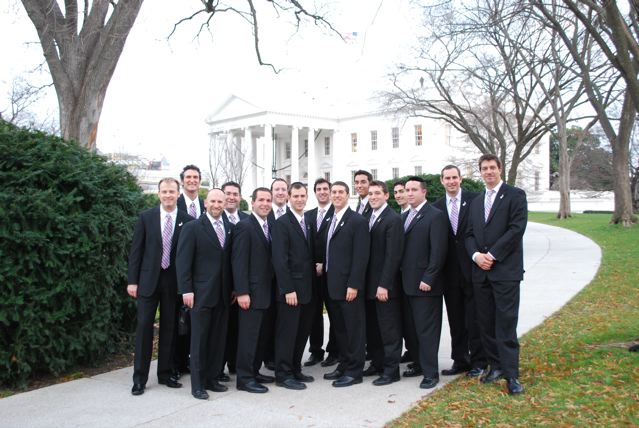 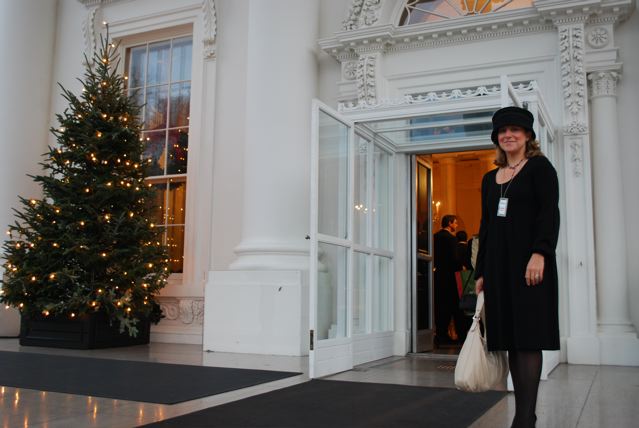 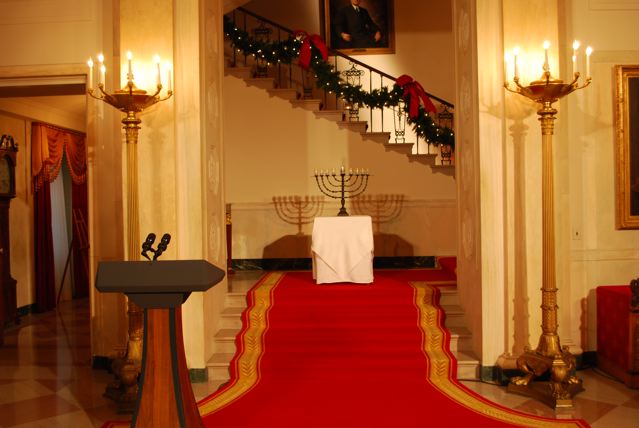 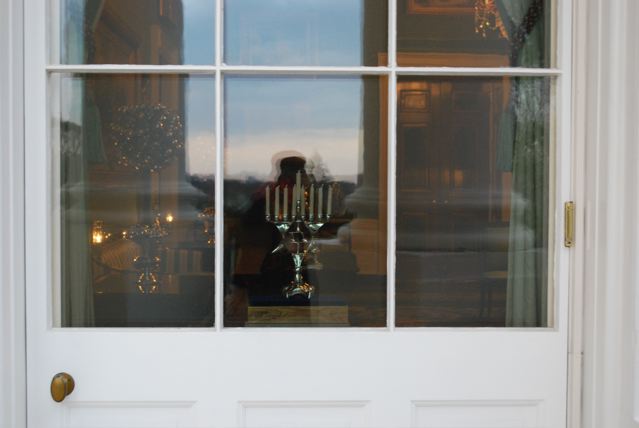 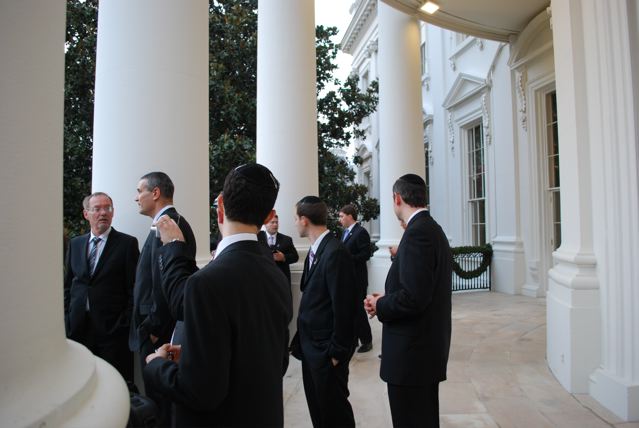 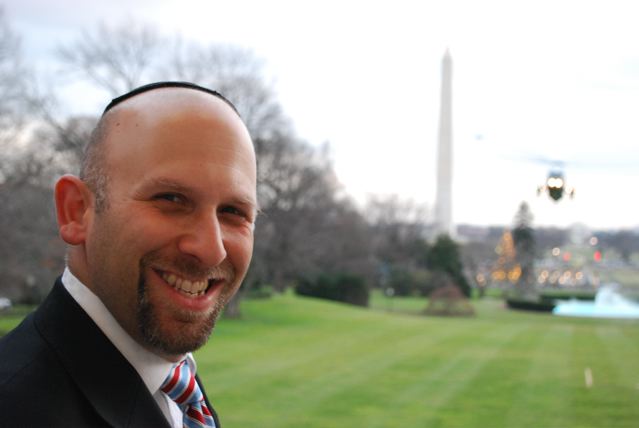 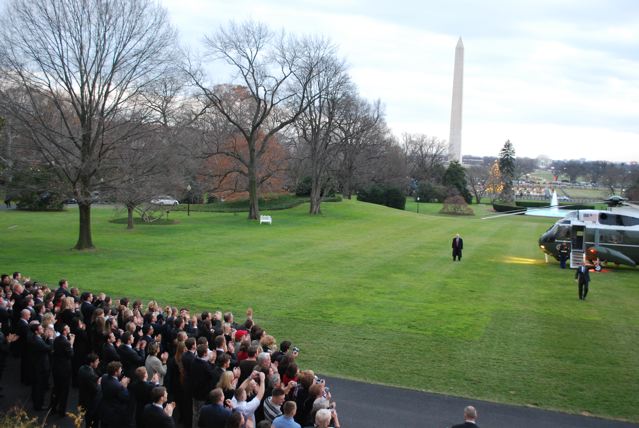 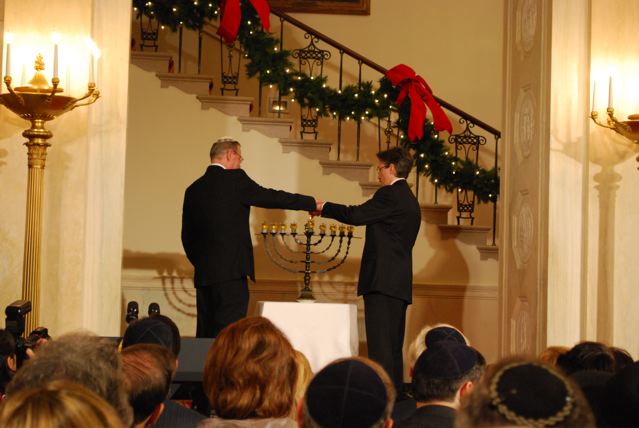 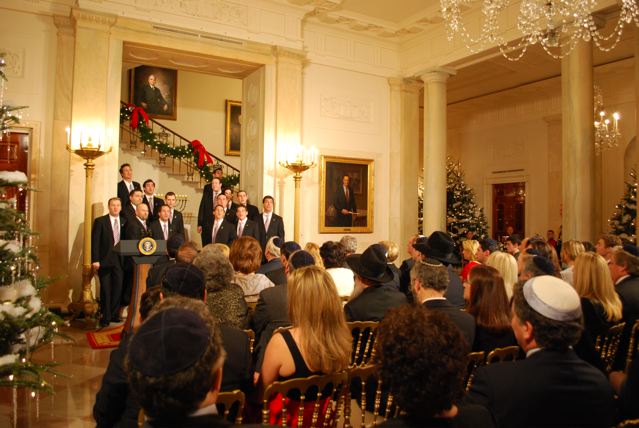 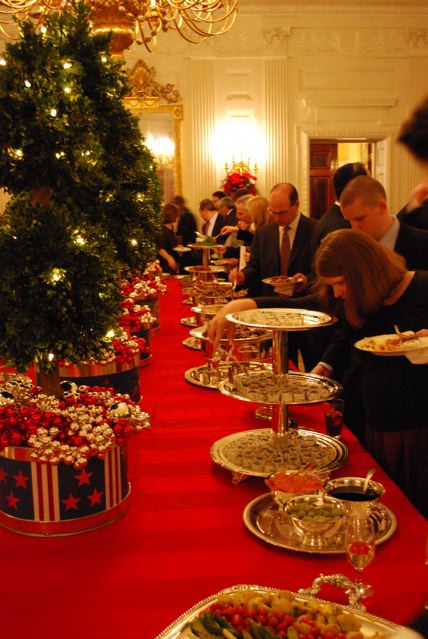 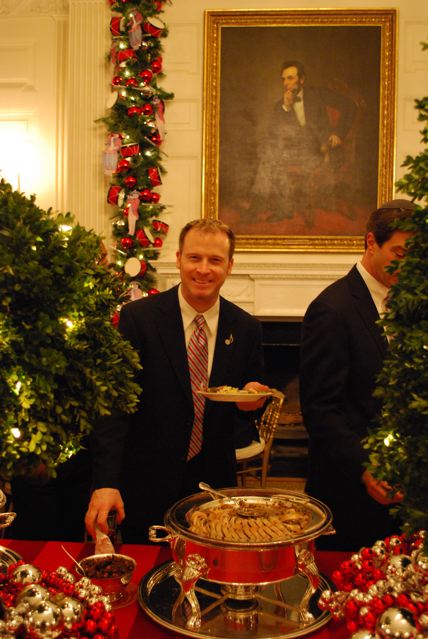 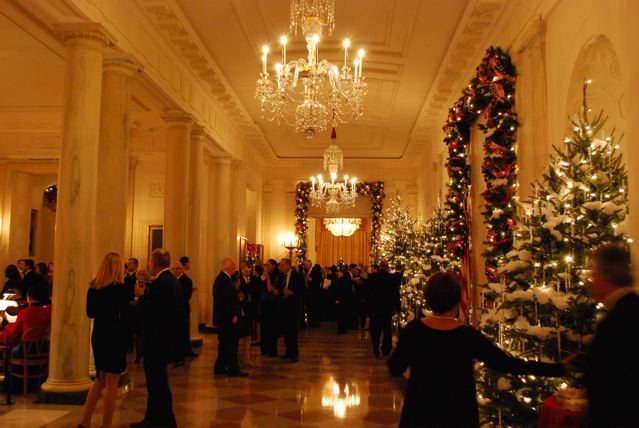 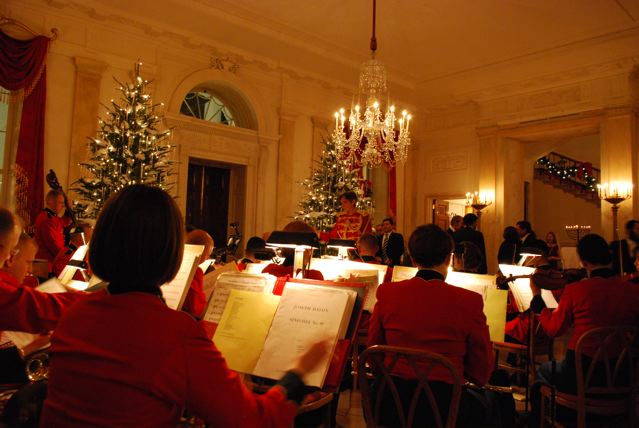 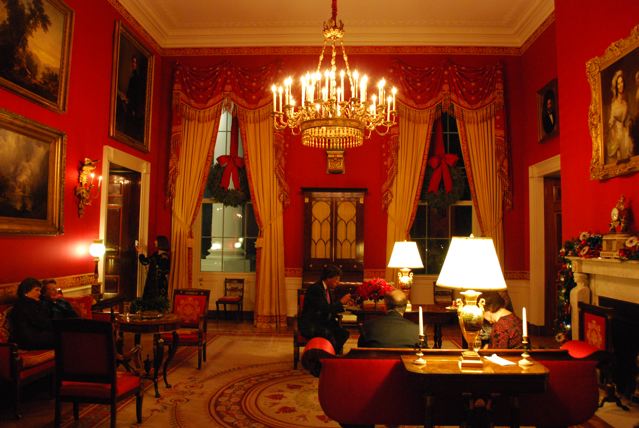 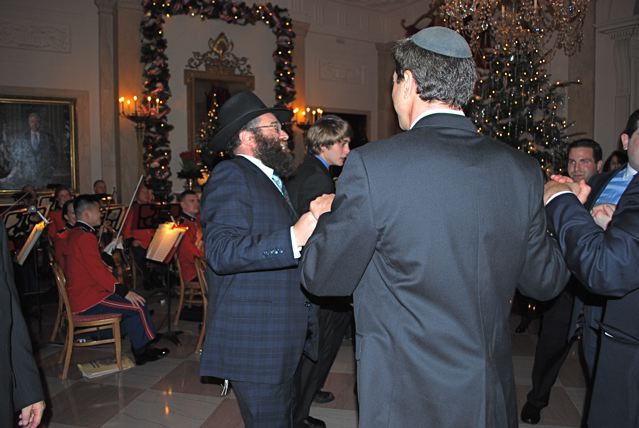 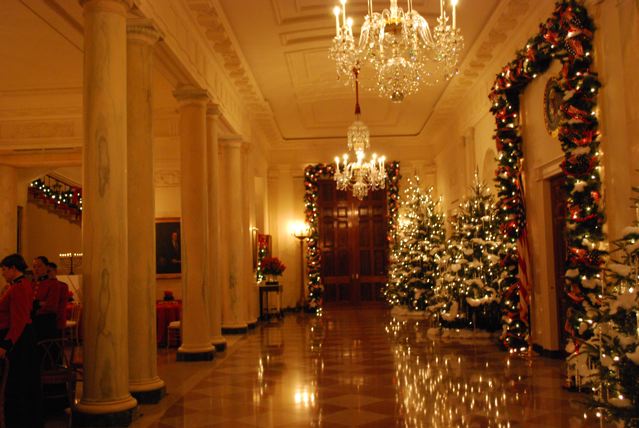