When I was seven years old, my mother took me to the hospital off the reservation to visit my uncle Mikey, who had been shot in the chest and shoulder by the cops. "That sheriff always had it in for him," she said by way of explanation. "He's an Indian-hater." I hung back when we got to his room. I was shy, not so much because of the family gathered around his bed as because of the wound itself. It made me aware of being a child in the presence of Indian adulthood and everything that comes with it. Mikey was propped against a stack of pillows. His long hair was tangled and greasy and he looked pale. His arm was in a cast that covered his shoulder and half his chest. The grown-ups spoke above and over me. I kept playing with my mother's hand, trying to get her attention. She ignored me and freed her hand to light a cigarette. I needed her to listen to me, because I had noticed something. There had been a miscarriage not of justice (Indians got beat up and shot and jailed all the time) but of medicine: Mikey had been shot, and the doctors had put him in a cast. Casts are for broken bones, not for gunshot wounds. And no one else seemed to have noticed, or cared.

My father is not Indian. He is Jewish. He, along with his parents and a few other relatives escaped from Vienna in 1938. I think seven or so people from a family who numbered in the hundreds made it out. The rest were murdered at Mauthausen, Dachau, and other camps. I grew up hearing from him about dates and events I also read about in school. He witnessed Krystallnacht from his bedroom window. Adolph Eichmann passed my grandfather while he waited on line for a visa, in disguise and desperate; my grandfather said later that he'd never felt anything so cold as the air around Eichmann as he passed.

This is my mother's milk and my patrimony, I suppose. On one hand there is a sense that Indians live outside of time -- our suffering is eternal, of a piece with the meaning of our lives, a state of being rather than a context (an idea I've resisted in my writing as much as possible). On the other, my father's life was shaped enormously by forces of history that are insolubly linked to place and time: Vienna, 1938. The Pacific, 1944-45. Two strands, then, separate but tangled in me. And I never knew what to do with them. I never knew how to braid them, to make with them a stronger rope.

And then: a scene, a fraction of one, really, asserted itself. 1943. Two Indian girls, August, heavy heat, the drone of insects, an accident. A death. And out of this moment, this single terrible tragic day, a novel grew. With it came a method to unite and explore perspectives and experiences that seemed until then to have nothing to say to one another. Illicit love. Revenge. A world at war. The agony of desire. The beauty of it, too, I hope. My novel is titled Prudence, and the action that surrounds the titular character is both appeal and an ironic statement. To be prudent, to have prudence, is to be cautious and careful, to think before acting, perhaps even to allow oneself to feel before thinking. To me, to act prudently is to consider before acting, something my characters struggle to do. But instead, they misapprehend. They draw the wrong conclusions. The characters in the book (and so too sometimes with us, the living) aren't such good caretakers of their souls or the souls' meanings. Prudence begs for perspective: to be able to see a single moment from as many points of view as possible. To see the girl who loses a sister as something more than victim; to see the men who find her as flawed, and deformed by their illicit love; to see the kindness of secrets, and the damage they do. For me, World War II was the perfect period to set such a scenario, to explore how a world-wide rut, a global form of violent imprudence, might have touched on a small cast of characters -- white, Indian, rich, poor, rural, urban, heterosexual, gay. But, as Prudence edges even closer into life, I think about our time, our world, as well. How might have things gone down in Ferguson if we had exercised a little more prudence? Or with Eric Gardner in New York? Respect for life requires prudence, careful thought, considered action. To see the beauty of it requires much the same.

Of course, stories always hinge on misapprehension and hubris. Odysseus would have made it home a lot sooner if not for taunting the Cyclops, after all. Plots spring from such mistakes, but so does poetry and meaning. To be human isn't necessarily to experience big things or to be painted directly by the brush of history (as was the case for my father). To be human is sometimes, when life is at its most meaningful, to come away with the wrong meaning. There is a blessed kind of human creativity (which brings with it difficulty, sadness, anxiety, and pain but also beauty, depth, and for lack of a better word, magic) in how we get it wrong, how we get each other wrong when we most need to get each other right. Novels grow from such misapprehension. So does life.

And so. Between the scene of Mikey lying in his hospital bed on the now dimly lit stage of my childhood and the novel I eventually wrote exists a hidden thread, like the hypha that travel through the soil connecting mushrooms in different parts of a forest. The doctors weren't wrong, of course. The cast on his arm was appropriate. I was wrong. But the way in which I was wrong I now see was my way of saying that I wanted someone, anyone, everyone, to take care of my uncle because I loved him very much and I couldn't say it. What I wanted was more prudence -- from him, from the sheriff -- so he wouldn't die and I wouldn't have to see mother cry when we got back to the car. My thoughts about the cast were wrong because my feelings (of love, of worry) were right.

David Treuer is the author of Prudence.

PHOTO GALLERY
Books You'd Recommend To Anyone
Download
Calling all HuffPost superfans!
Sign up for membership to become a founding member and help shape HuffPost's next chapter
Join HuffPost

My World Wars
Books You'd Recommend To Anyone 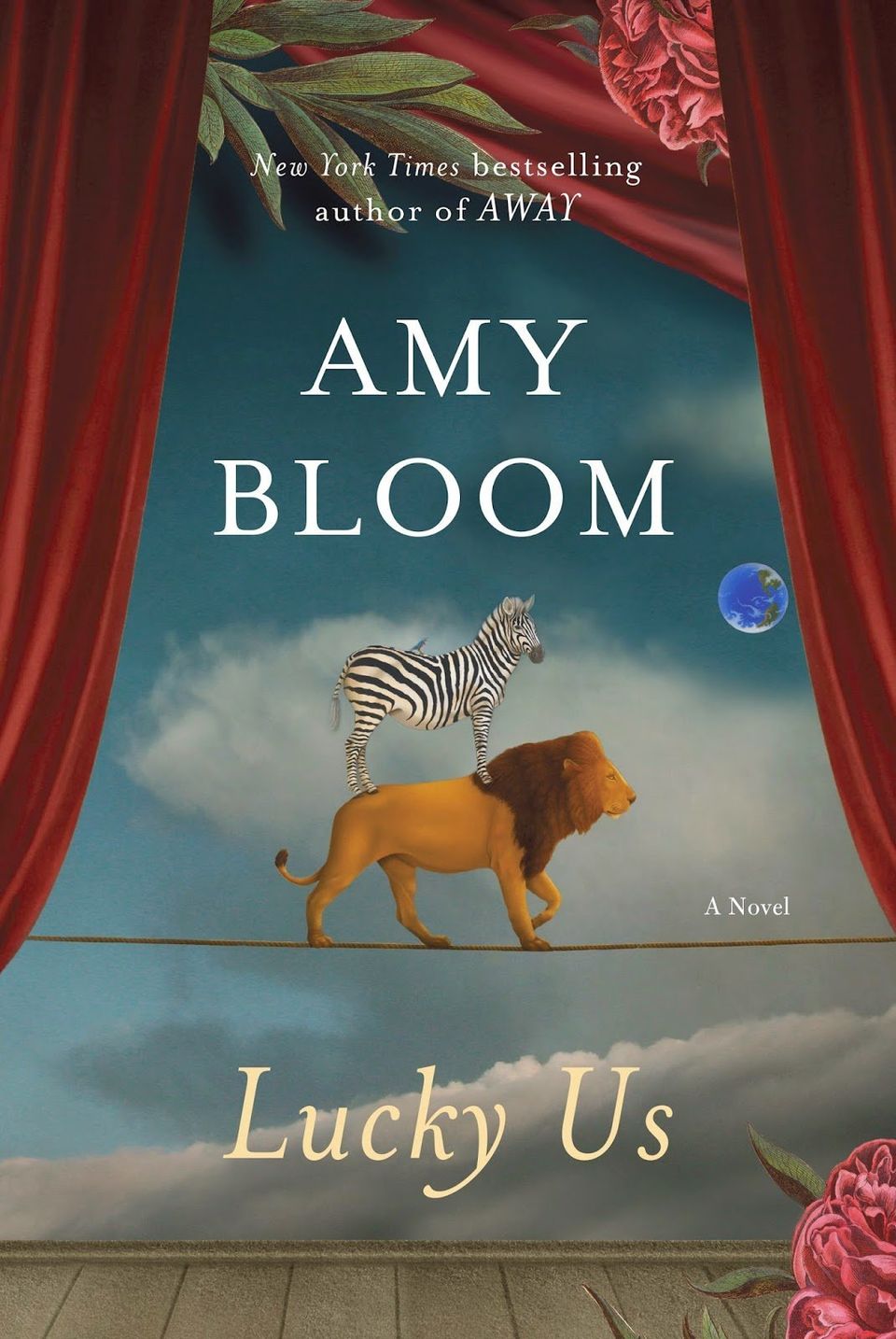 1 / 9
'Lucky Us' by Amy Bloom
"Bloom enlivens her story with understated humor as well as offbeat and unforgettable characters. Despite a couple of anachronisms, this is a hard-luck coming-of-age story with heart." On a journey from Ohio to Hollywood to Long Island to London in the 1940s, a couple of plucky half sisters continually reinvent themselves with the help of an unconventional assortment of friends and relatives. <a href="https://www.kirkusreviews.com/book-reviews/amy-bloom/lucky-us-bloom/" target="_blank">Read full book review.</a>