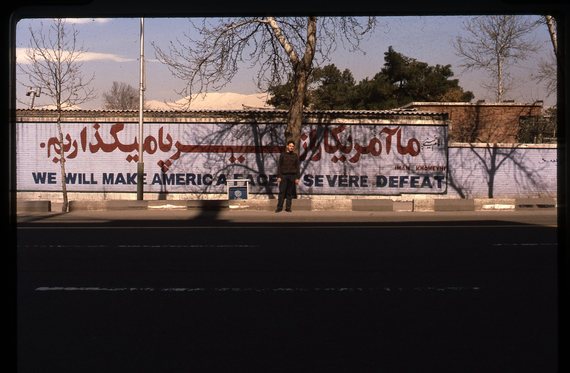 In 1992 I flew into the Islamic Republic of Iran with my wife and two year old daughter on a trip funded by the National Endowment for the Arts and a Getty Museum Fellowship. Permission had to be sought from the NEA for any foreign travel, and they took their time in getting back to me with a carefully worded letter stating, "You have permission to travel to the country you requested to travel to." It had been thirteen years since the Iranian hostage crisis and the U.S. government had no official relations with Iran. 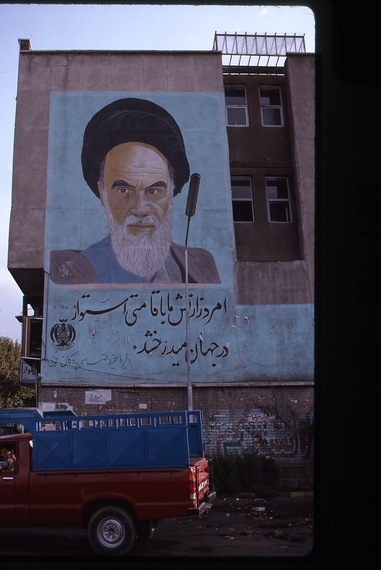 Arriving at Tehran's airport was a little nerve-wracking, where our papers were inspected by serious looking black-bearded men sitting at desks over which a huge portrait of Imam Khomeini frowned down upon those in line. A jostling crowd awaited outside customs, and I think half of them must have been my wife's relatives. I shouted as one man ran off with our bags, but it was only a cousin taking them to a waiting car. The night drive through gloomy but busy streets was both invigorating and disconcerting... we were going to live here for a year? 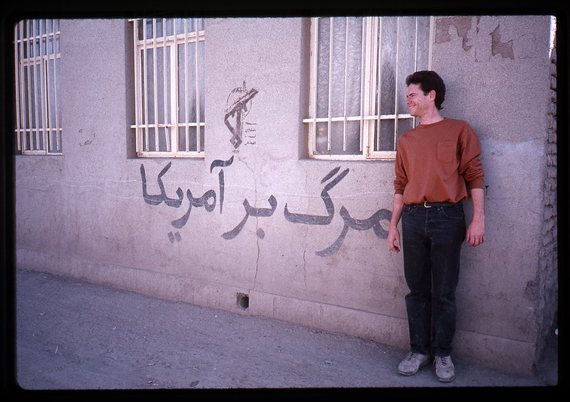 That year, March of 92 until March of 93, became the most exciting of my life. The first months were spent in Tehran, where my in-laws tested the limits of what could be done with a visiting American. I may have been the first male from the United States to travel into the country after the Islamic Revolution, and it was not known if I could even walk down the street by myself. After a few weeks it became obvious that no one knew what to do with me, even in the ministries where I had to register and renew my visa. I was as entertaining to the local population as an exotic zoo animal, and I realized I could probably get away with practically anything. 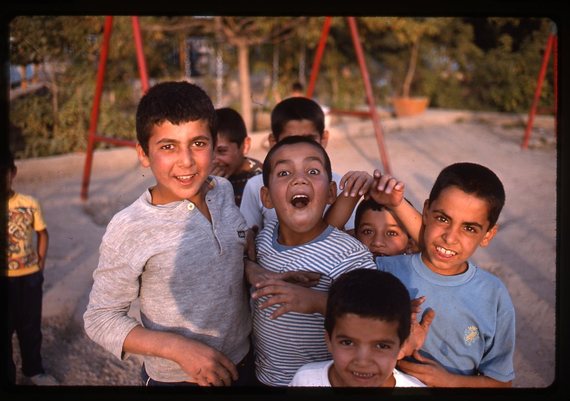 We were repeatedly told by nervous relatives that it wasn't a good idea to travel to other cities, but we hadn't come here to while away our time in the over-crowded capital. My wife booked us one-way tickets to Kerman, way in the south, and we flew there as part of an Iranian tour group. Thus began a series of trips around the whole country, where I traveled with only my California driver's license as I didn't want to lose my irreplaceable passport. With our tiny daughter in tow we left Kerman by overnight bus to Shiraz, where we learned that our hometown of Los Angeles had just exploded in riots. My friends had told me I was nuts to go to Iran, but now they were cowering in their homes as our city burned. 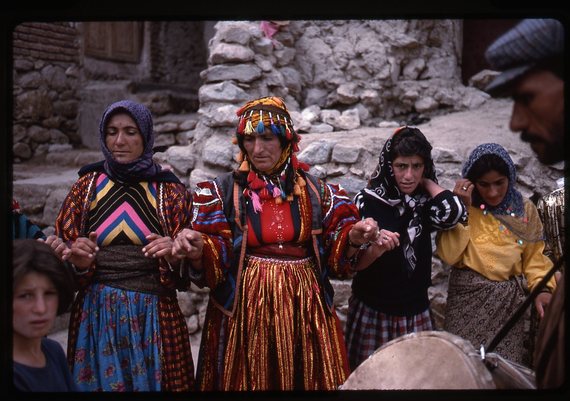 Kurdish wedding in a village near Sanandaj, northwest Iran, 1992.

Unlike what one would have expected from the scenes in U.S. media of rabid anti-American crowds, the people I met loved America more than any other country I've ever traveled to. Iranians are the bests hosts in the world, and countless times I was invited into perfect strangers homes for tea and pastries. It is tradition for Iranian taxi drivers to refuse payment at first, out of politeness. I had several that absolutely would take nothing, as they felt it an honor to transport this rare American. Guards at official government buildings would approach me sternly, ask where I was from, then whisper, "Can you get me a job in America?" At a crumbling ancient mosque the caretaker tried to give me a fallen chunk of Arabic inscription because I "was the only person who had shown any real interest in a decade." 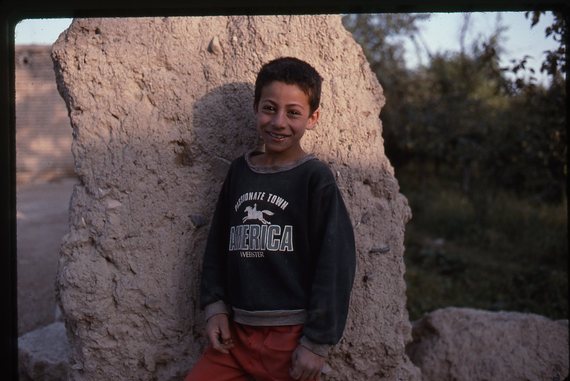 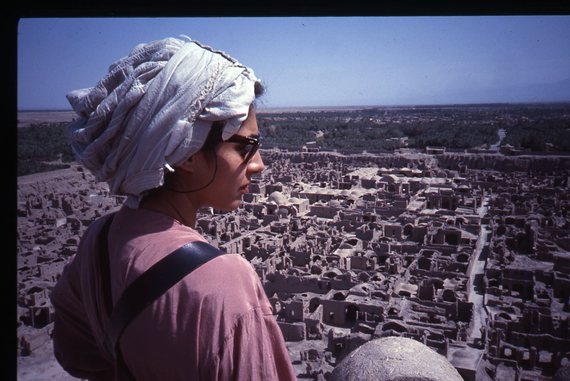 The author's wife standing on the citadel of Bam, near Kerman, Iran, 1992.

In a year's time I saw most major archaeological sites, from Hasanlu to Shahr-e Sukhteh. I visited every city of note except Yazd and the most picturesque villages, from those bordering the green rice fields of the Caspian to abandoned caravanserai in the Dasht-e Kavir. I hiked pilgrimage routes on rugged mountain trails in Hamadan and visited the most important holy sites of Qom and Mashad. No country still loves poetry as much as Iran, so we visited the monuments and tombs of Ferdowsi, Hafez, Sa'adi, and Khayyam. The bazaars everywhere were sensory wonderlands where color and smell sent shockwaves through brains unaccustomed to such riches, where antique hawkers sold artifacts purportedly older than Western civilization, and carpet merchants displayed hallucinatory designs that visually transported you to fanciful Persian gardens. 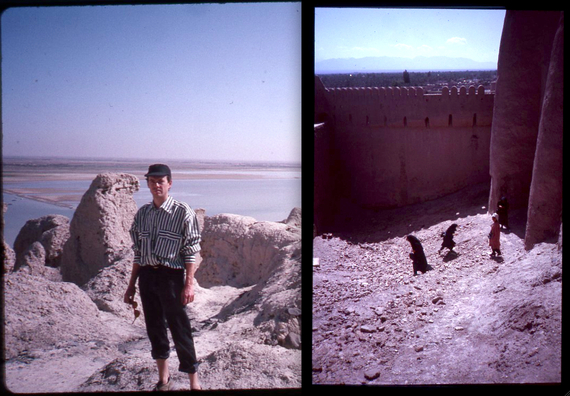 The author at the ruins of Kuh-e-Khajeh, and women at Bam near Kerman, 1992. 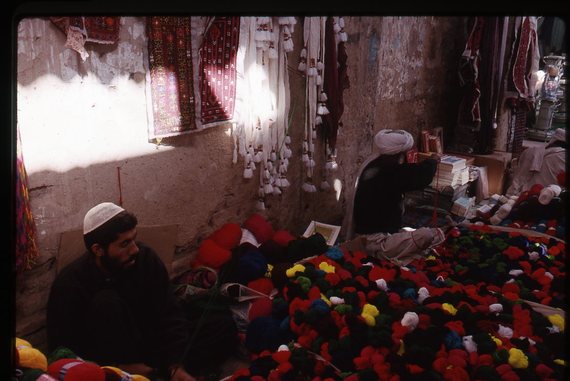 The greatest treasure of Iran, though, is its people. They are the most generous hosts imaginable, opening their homes and hearts to visitors in a way that made this American blush, not because they made me feel awkward or unsettled, but because I knew that should these same people ever visit my country they would be hard pressed to find hospitality that is even close to matching their own. With luck a nuclear deal between the West and Iran will begin a process that will eventually allow more Americans to experience the rich culture of Iran and the astounding grace of its people. 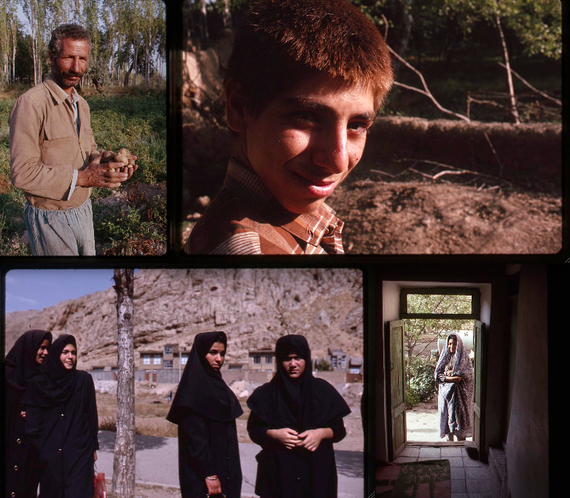 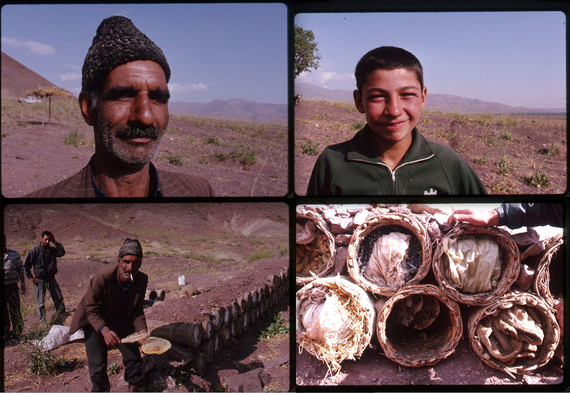 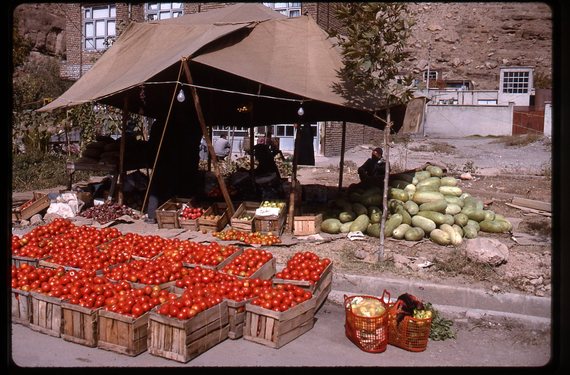 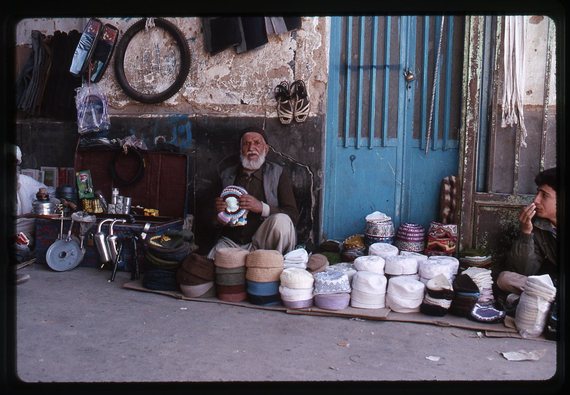 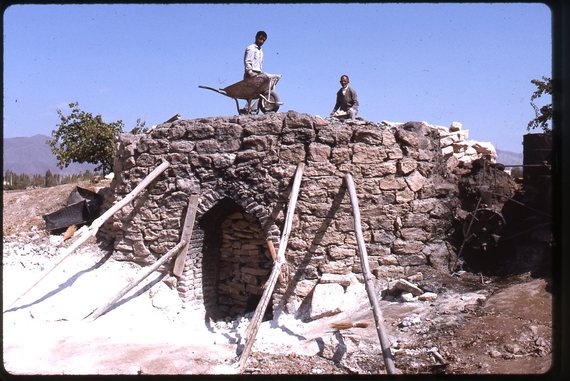 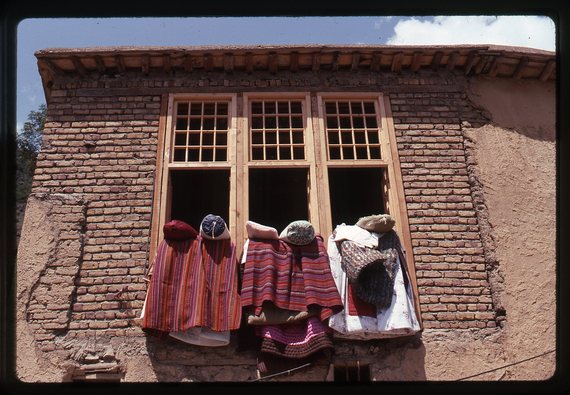 Bedding being aired in Massouleh, Iran, 1992. 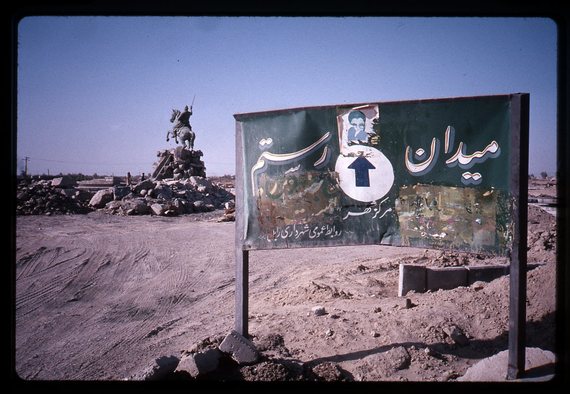 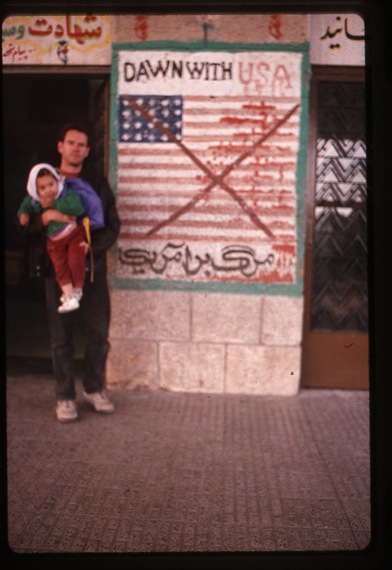 The author with his daughter, train station near Sanandaj, Iran, 1992. 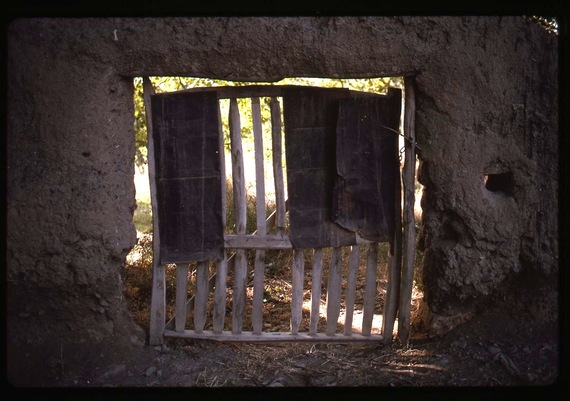