Every Disease Is a Story

Three years ago February, I was sitting in a restaurant, about to sign the check, when I realized I had forgotten how to write my own name.

The intention was there. I could visualize the letter J. I could even imagine what it would be like to write it, but I could not for the life of me figure out how to move my hand. I was 28 years old. I had temporarily lost the ability to draw circles or curves. By May, if I left my house, it was in a wheelchair. Mostly, I was bedridden. Some days, I did not have the strength to lift my head.

Naturally, I turned to my doctors for answers. I learned that having access to the health care system is about a lot more than having health insurance.

Without knowing it, I'd told myself a story: If I ever got sick, it would be like an episode of House, only with less Percocet. A team of brilliant doctors from different specialties passionately debating my case. A deep curiosity and desire to get to the bottom of it. A love of the puzzle. And I would not be lying idly in my sickbed. I'd be busy trying to unravel the mystery, too.

My doctors were not particularly interested in getting to the bottom of anything. Instead, after a few basic tests, they told me that my symptoms were not real. I was diagnosed with conversion disorder -- a nicer, modern version of "hysteria." In their story, symptoms they could not explain needed to be explained away.

Not wanting to be one to reject a hypothesis without testing it, I decided to live with the possibility for a few days that all of it -- the recurrent infections, the fevers, the dizziness, the bizarre neurological symptoms -- really was, as my neurologist believed, all in my head.

I walked home a mile from the clinic that day, ignoring the ostensibly psychosomatic pain in my legs. The next day, I went for a walk down by the river with a friend. I'd always been active. I didn't know then how dangerous physical exertion could be. When I got home, I collapsed. I could not bend my head or walk. My brain and my spinal cord were burning. I have never been the same since.

Preview of Canary in a Coal Mine, a new documentary film about ME

Myalgic Encephalomyelitis: An Old Disease Hiding in a Waste Basket

When we first get sick, many patients who are eventually diagnosed with myalgic (muscle pain) encephalomyelitis (inflammation of the brain and spinal cord), encounter doctors who do not believe they are ill. They tell them their symptoms cannot be medically explained.

These beliefs are about professional training, not science. ME is not taught in medical schools. It has no home in any specialty. Without medical education, despite well over 6,000 scientific articles published on the disease, and the 1 million people who suffer from it in the US (over 20 million around the world), it may as well not exist.

ME is an old disease. There have been dozens of documented outbreaks in the last 100 years. Before widespread vaccination, doctors believed it was a new type of poliomyelitis, and in fact, clusters often appeared in areas that were experiencing polio outbreaks.

The outbreak that looms largest in American memory occurred in 1984, in Incline Village, Nevada. Dubbed by the media "the Lake Tahoe mystery illness" and "Yuppie Flu," the U.S. government named it "Chronic Fatigue Syndrome."

The diagnostic criteria were broad, vague and bore only a passing resemblance to the disease doctors treating patients in Lake Tahoe, and the accounts by physicians who witnessed other outbreaks, observed. Chronic Fatigue Syndrome became a waste basket of a category that lumped myalgic encephalomyelitis together with a number of undiagnosed or misdiagnosed conditions like post-viral fatigue, lyme disease, celiac disease, and depression.

ME has all the makings of a very scary movie. It can affect anyone at any stage of life but seems to prefer to hit young women in their prime. Like polio or multiple sclerosis, it can occur in seemingly unconnected individuals and it can also occur in outbreaks. In most cases, there seems to be a viral trigger, but genetic and environmental factors likely play an important role.

The disability is more severe than many types of cancer, or AIDS two months before death. Dr. Nancy Klimas, a leading researcher, describes the severity as equivalent to congestive heart failure, only it rarely kills. It shortens your lifespan. It turns your body into a prison and locks you away for decades. That has been one part of the problem: We don't have a narrative for a disease that is a life sentence.

It is similar in many respects to multiple sclerosis, but three times more prevalent. Some estimates suggest as few as 5-10 percent achieve full remission. Twenty-five percent cannot leave their homes. Many are bedridden for years.

Yet, Chronic Fatigue Syndrome is an idea that strikes fear in the heart of no one.

What happens when, for decades, the story among doctors is that a serious illness is psychosomatic? For starters, there is no FDA-approved drug nor are their any drugs in the pipeline. In fact, it is unclear what, if anything, any aspect of our medical system -- the government, academia, or industry -- has done in the last 30 years to make this devastating disease a priority. There is $3 million in federal funding for "CFS" each year, $16 million for male pattern baldness.

What's maddening is that science tells a different story entirely. Studies show severe immunological abnormalities -- damage that, according to Mady Hornig, a professor at Columbia and principal investigator of a project to uncover the pathogens responsible for triggering ME, is unlikely to be caused by anything other than an infectious agent. They show distinct abnormalities in spinal fluid, EEGs, and SPECT scans; bodies ravaged by opportunistic infection; pathological alterations in the bacteria living in our guts. And that physical exertion, that same exercise that is recommended for nearly everyone, healthy or sick, causes abnormal gene expression. 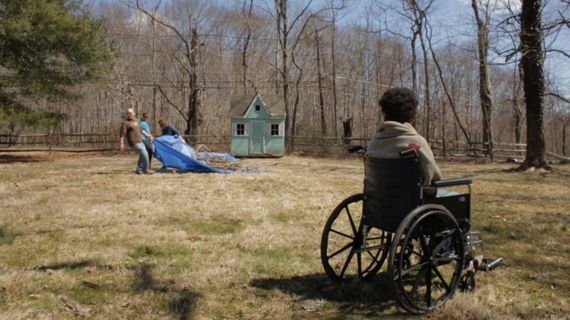 Who Gets to Define a Disease?

There is a new effort underway to close the gap between medicine and science. The Institute of Medicine (IOM), under contract by the Department of Health and Human Services, is assembling a panel of clinicians and researchers to devise a new definition for the disease. On the face, this is a good thing and long overdue. It's a chance to get the story straight.

Yet, nearly every expert who would be qualified to serve on that committee is publicly opposed to it. Not to mention many patient leaders. Some consider this the most important crises the patient community has faced since the 1980s.

Why the uproar? First, it is an expensive process: $1 million in public funds that could otherwise be used for biomedical research when there's already a newer definition many doctors around the world who specialize in treating patients with ME have been using for years.

The real concern is that what will come out of the IOM is a story that will condemn us to the same fate we've been living for thirty years: nearly no public funding for research; a medical system that often abuses patients; and no real treatment, outside of a handful of clinics that probably can't take health insurance.

Earlier this year, the IOM publicly advocated cognitive behavioral therapy, antidepressants, and exercise for ME: the same paradigm my doctor was operating under when he told me my illness was psychosomatic; the day before I over-exerted myself and was never the same again.

I was one of the more than 170 patient advocates who signed an open letter asking HHS to cancel the IOM contract. Many patients would say that a democratic government taking an action that virtually all of its constituents oppose is about dirty politics. There's probably some truth to that. I would like to believe that part of it is a matter of being profoundly out of touch.

There is something elusive in the nature of the illness such that unless you live it, or live with and care for someone who does, it's almost impossible understand or describe. You might come close after decades of treating patients. At every turn, language fails.

I am making a documentary film about ME not because I have any illusion that a film is a cure or that a film on its own can change policy. Rather, so much of the suffering that comes with this disease is needless and borne of ignorance. For too long, we've let others tell our story.

It's hard for me not to wonder if the first doctors I saw had been told a different story about my disease, if they had the experience to recognize what was unfolding before I did, and advocated complete bed rest, if I had never gone on those "healthful" walks, how my story might be different today.

And what might happen to the next generation of patients if we don't have a say in how our own story is written.

Director, 'Canary in a Coal Mine'