BANGKOK, March 26 (Thomson Reuters Foundation) - Businesses in Myanmar have colluded with military and government officials to seize vast tracts of farmland from ethnic minority villagers in the northeast, using much of the land for rubber plantations, a UK-based rights group said.

Over the past decade, 5.3 million acres (2.1 million hectares) has been leased to investors for commercial agriculture without the consent of landowners, and rubber plantations cover more than a quarter of this area, Global Witness said in a report released on Thursday. 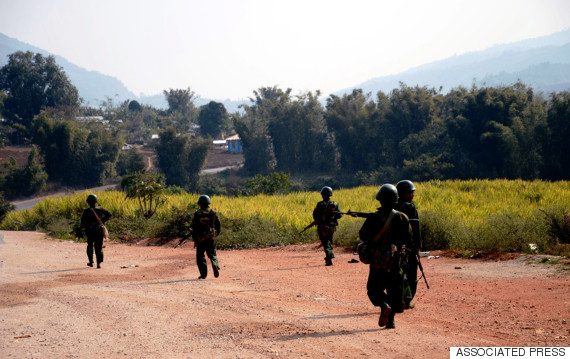 "The army went in with company representatives to help them confiscate the land... land that farmers had used for generations," the group's land campaigner, Josie Cohen, told the Thomson Reuters Foundation by telephone from Myanmar.

Soldiers showed up in villages with no warning, once even moving into the village chief's house, and marked out the boundaries of the land they wanted with bamboo posts, forcing villagers to clear it, she said.

The main beneficiary of the land seizures in the area Global Witness surveyed was private company Sein Wut Hmon, it said. The owner and director of the company denied all allegations made in the report against him and the company, the report said.

An employee at Sein Wut Hmon, reached by telephone at the company's main office in Yangon, said the company's owner could not be reached for comment. 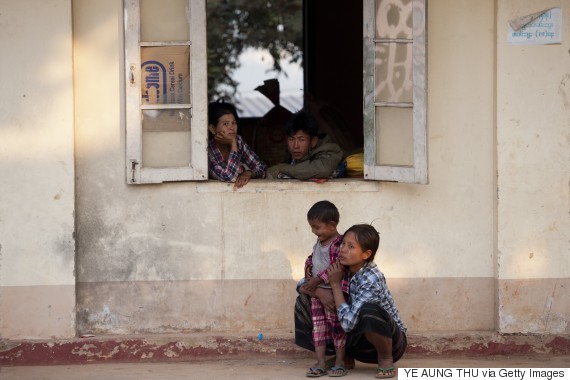 Residents who fled from conflict areas near the Myanmar and Chinese border gather at a temporary refugee camp at a monastery in Lashio, northern Myanmar on Feb. 19, 2015. (Ye Aung Thu/AFP/Getty Images)

The report said Sein Wut Hmon controls the largest amount of land of any rubber company in Shan state with a total of 4,608 acres (1,865 hectares) of plantations.

None of the villagers whose land was seized had land titles, but despite having land tax receipts as proof of ownership, they were not paid for their land, the report said.

"There was very little compensation - 98 percent of the people we interviewed hadn't received any compensation for the land," Cohen said.

Three villages have sent the government letters of protest but have received no response, while in most cases villagers were scared to take action because of the army's firm control of the area, she said.

The report said the main ethnic minority groups in communities affected by the company's rubber operations were Shan, Palaung and Kachin. 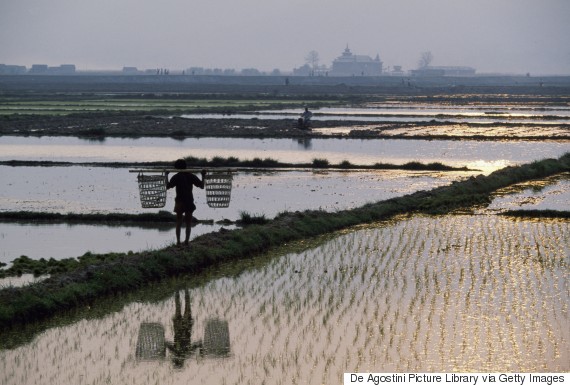 Land grabs are widespread in Myanmar, and some disputes over confiscated land turn violent.

In November 2012, more than 70 people were injured when police raided a camp where people were protesting against the expansion of a copper mine in northern Myanmar. Villagers said the expansion involved the unlawful confiscation of thousands of acres of their land.

Cohen said that as Myanmar drafts its new national land policy, Global Witness is lobbying to ensure it is "backward-looking," with a grievance mechanism and restitution for past land grabs.

Crime In The Golden Triangle