MySpace is back! Kind of.

Every Thursday, Instagrammers and Facebookers flock to MySpace for their #TBT (Throwback Thursday) photos, the Wall Street Journal reported Wednesday. For the uninitiated: people post old photos with the hashtag "#tbt" each Thursday on Instagram and Facebook.

Even Beyoncé is in on the #TBT trend.

To answer your questions: Yes, Myspace still exists. Yes, you can still get into your account if you can remember your password. The results may be horrifying. Remember how many pictures you used to take on your Mac Photo Booth? You do now.

MySpace launched in 2003 and was considered to be the most popular site in the U.S. in 2006. News Corp bought the site for $580 million in 2005, a move that Rupert Murdoch has since deemed a "mistake." He's right! The company eventually sold MySpace to Specific Media for $35 million in 2011

Last November, the site got 50 million unique visitors in the U.S. That's a lot of visitors for a site that most people haven't thought about in 8 years. Facebook currently boasts 864 million daily active users worldwide.

If you're going to venture into the depths of your MySpace account, be careful. The captions you put on your horrible mirror selfies when you were 16 were not cool. I'm warning you now. The captions on my MySpace photos are all lyrics to songs from Sondheim musicals. It made me cringe so hard to read them. And most.are.written.like.this. Ah, 2006. You were a good year.

Fifteen-year-old me thought that the photo below was the best way to express my multitudes of ~feelings~. You're just lucky that I used the black and white Photo Booth setting and not that horrible four pane Warhol-inspired one that is so vivid in my memory. 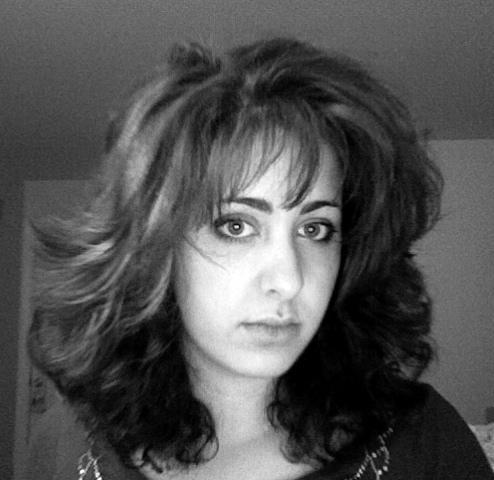 Go say hello to your old buddy Tom, while you're out there. He misses you.