You know how "The Night Before Christmas" goes: It says the children slept "while visions of sugarplums danced in their heads." What a beautiful thought. But then you really think about it, and what exactly is a sugarplum?

Christmas is a magical time of the year. It brings together families, it's cheerful and you eat a lot of food. But sometimes, you can feel a little confused about what you're stuffing in your mouth. There are so many desserts and so many names. For example, how do you tell the difference among all the fruitcakes on the dessert table? Don't fret, we're here to break down the 9 most confusing Christmas foods so you know exactly what's going on this holiday.

1. Sugarplums: This is actually a comfit, which is a small item made of ground nuts, fruits and spices. In the case of a sugarplum, it's usually shaped like ... well, a plum.

So they're not plums, but they do have sugar.

This drink dates all the way back to the Middle Ages. In those days, the drink was composed of mulled ale, made with sugar, cinnamon, ginger and nutmeg. It was then topped with slices of toast. Today, the recipes is scaled back a bit to include wine as a base for the mulled ale. Sherry and brandy are sometimes added, and winter fruits, like apples and oranges, are thrown in.

3. Marzipan: Concentrated paste of almond and sugar that is usually shaped and painted into cute shapes 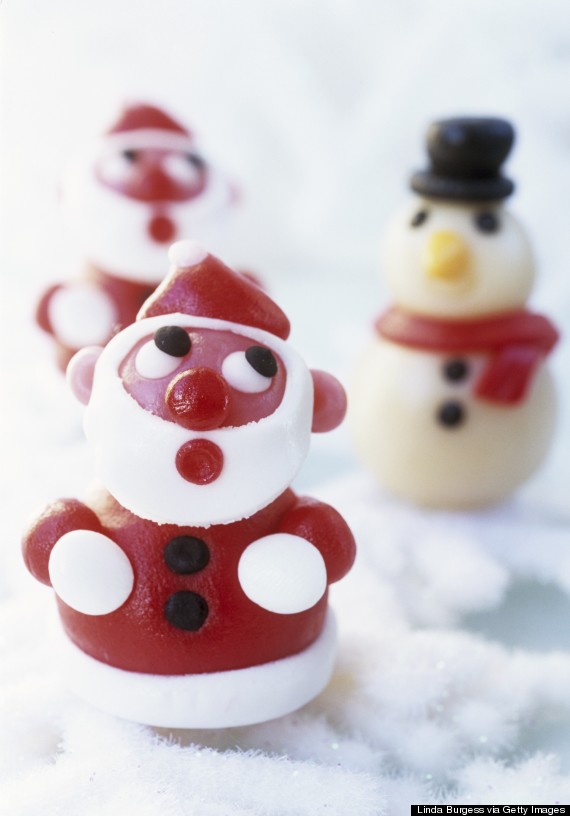 Would you be able to eat this Santa?

4. Eggnog: A libation made of egg yolks, cream or milk, sugar and rum (or brandy) 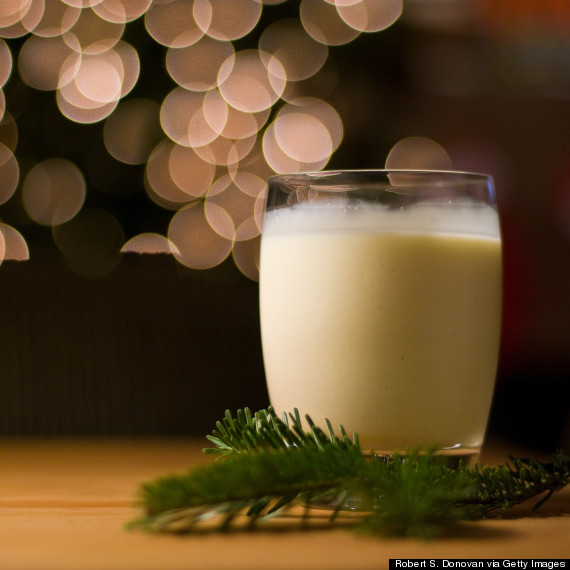 Fun fact: When you drink eggnog, you are customarily supposed to drink to each other's health, even though the drink's ingredients are paradoxically very unhealthy.

5. Glogg: Swedish mulled wine made with orange peels and spices

Rosie Schaap, a New York Times writer, seems to think the smell of glogg is reminiscent of Fruit Loops. She says this is because it is made with cardamom, which also distinguishes it from other cultural mulled wines, like Germany’s glühwein.

6. Mincement: A little confusing, but this can sometimes include meat or not. This consists of finely chopping apples and raisins up to resemble chopped meat, then adding brandy or rum to preserve it. Some old school recipes call for raw meat (beef suet), but others use vegetable shortening.

By the way, mincemeat is traditionally considered a dessert.

7. Christmas pudding: Firstly, this is the same thing as "plum pudding" and "figgy pudding." Secondly, it's not what Americans think of as pudding, but rather the British definition of pudding (which is just "dessert"). It's a cake-like dish made with dried fruits, among them raisins, figs and prunes. Oftentimes, citrus zest and nuts are added.

People make Christmas puddings up to at least four weeks before the holiday. It is usually served with a sprig of holly and with brandy poured over it. Then it is brought into a dark room and the brandy is lit on fire. Seriously.

8. Stollen: A German cake made by soaking a good amount of raisins and nuts in rum, then adding them to a sweet yeast dough with candied citrus peel and spices. It is often covered with a layer of marzipan.

The largest stollen ever was baked in 2010 and was 70 meters long!

9. Panettone: An Italian sweet bread loaf made with dried fruit.

What makes this different from stollen is that its light, sweet dry texture resembles more of a "bread" than a "cake."