Researchers are perplexed by them and long-time residents of Hawaii have never seen anything like it before.

According to Hawaii News Now, several beachgoers have reported seeing pea-sized purple crabs by the droves on the shores of O'ahu.

"It's really weird, it looks like you want to eat it like a little berry," one witness told KHON.

State wildlife experts told Hawaii News Now that the crabs may be washing up after rough seas left air bubbles in their shells, which prevented them from diving.

"It could be a flux of warm or cold water coming in but I don't have any signs of that," Dr. Andrew Rossiter told Hawaii News Now. "If it was pollution it would have affected other species as well, so we really don't know [why this is happening]," he added.

Though experts at the Waikiki Aquarium are speculating that they are likely 7-11 crabs — a species common to Hawaii — in larvae stages, they claim this particular event has never been seen before. This species can grow up to seven inches long. 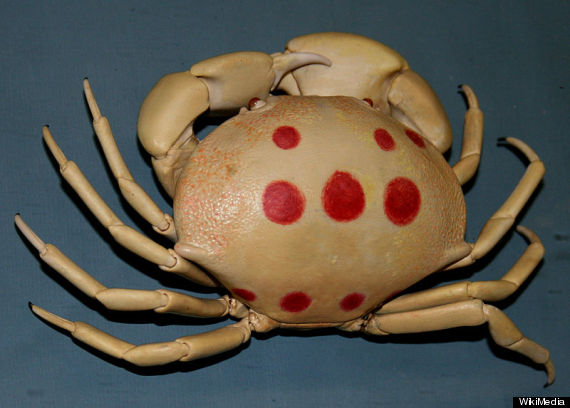 A full-grown 7-11 crab (also known as the spotted reef crab).

"What you are seeing is a swimming stage, probably a few more molts before they settle into their crab stage self," explained Waikiki Aquarium biologist Norton Chan to KHON.

Those that haven't died are reportedly being captured by Waikiki Aquarium researchers who hope to keep them alive long enough to see what they grow to become.