Archaeologists working at the site of a planned housing development in Britain have unearthed a mysterious medieval mansion that, according to historical records of the time period, never existed.

Stone foundations, indicating a series of buildings dating from the 12th to 14th centuries, were found by researchers from Wessex Archaeology on the grounds of Longforth Farm in Wellington, England.

As part of a requirement by the local Somerset Country Council, the specialists began work at the site in April in advance of a construction project by developer Bloor Homes, according to Discovery News.

“This is a significant find and therefore very exciting, particularly as there are no documentary records that such a site ever existed here," Bob Davis, senior buildings archaeologist for Wessex Archaeology, said in a statement. "Preliminary dating of pottery sherds found at Longforth Farm suggest that the buildings were occupied between the 12th and 14th centuries. At some stage however, the buildings were abandoned, the useable building materials were robbed out and recycled and the site was forgotten.”

Clues about who inhabited the manor house 900 years ago include a piece of floor tile decorated with a knight on horseback. The item is similar to ones found at Glastonbury Abbey and could indicate that the mansion was visited by powerful religious figures, according to the Western Morning News.

"We are familiar with ordinary decorative floor tiles, but these are special -- they have taken the importance of this building up a peg or two," Davis told the Morning News. The fact that there are no records of the site is strange, Davis added, calling the find "as rare as hen's teeth."

While Bloor Homes expressed excitement at the find, the company told local news site This Is The West Country that its housing plans will not be delayed by the discovery.

The site was opened to the public in mid-July. Wessex Archaeology will conclude excavation at the end of the month, when construction for the housing development begins again. The Museum of Somserset is expected to accept most of the artifacts. 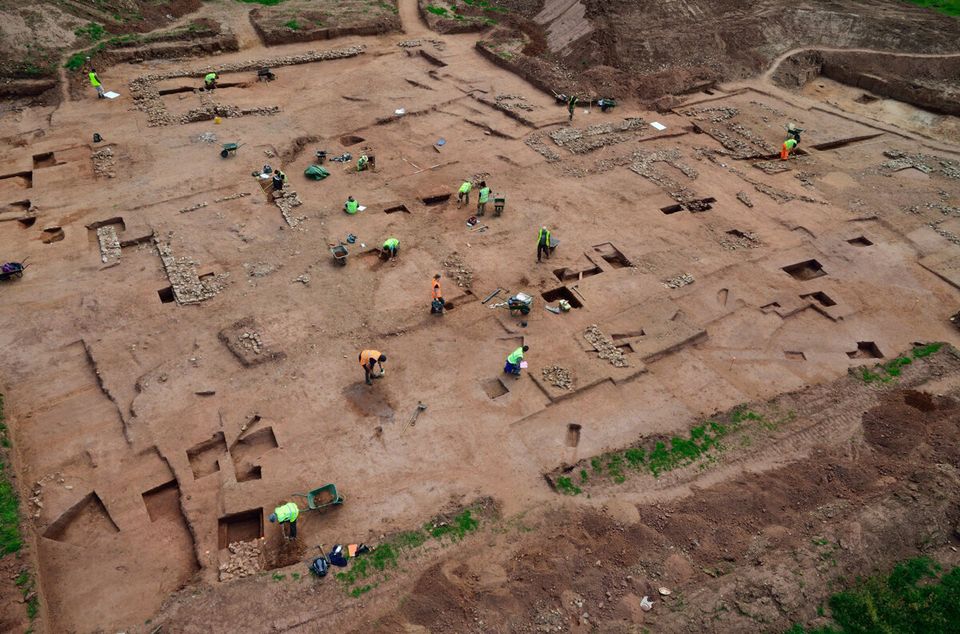