Wait, how did that get there?

Researchers are puzzled by what some are calling a "mystery" rock on Mars. Recently spotted in photos taken by the Opportunity rover, the rock seemingly appeared out of thin air, since the object was missing in images captured nearly two weeks earlier.

NASA Mars Exploration Rover's lead scientist, Steve Squyres, mentioned the curious find in a talk during an event held to celebrate the 10-year anniversary of Opportunity's arrival on the red planet.

The rock, dubbed "Pinnacle Island," turned up in front of the rolling rover a few days ago, on sol 3540 (Jan. 8) of Opportunity's mission. (A sol is a Martian day.) But when researchers went back to review the panoramic images taken on sol 3528, the rock was nowhere to be seen.

"It’s about the size of a jelly doughnut," Squyres told Discovery News. "It was a total surprise, we were like 'wait a second, that wasn’t there before, it can't be right. Oh my god! It wasn't there before!' We were absolutely startled." 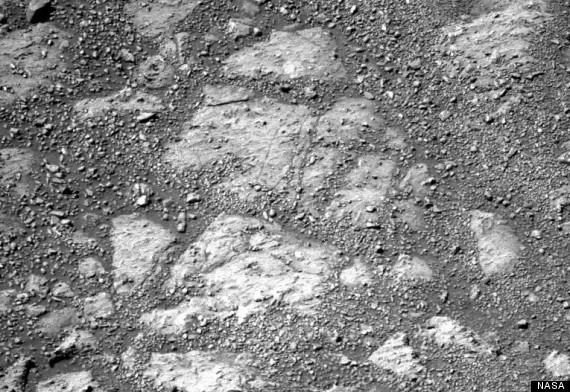 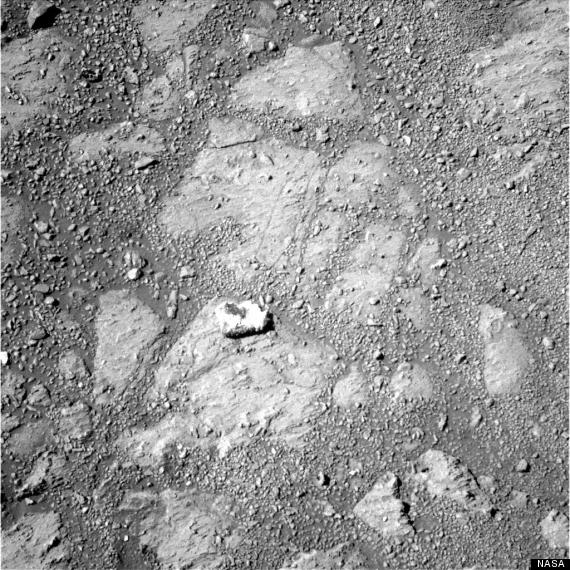 What explains the rock's sudden appearance? Squyres offered a couple of possible explanations: the rover might have flicked the object while navigating the tricky terrain, or the rock might have landed on the Martian surface after a nearby meteor impact.

The researchers say the first explanation is more likely. They plan to study the rock further to determine where it came from.

Who knows? Maybe the "Mars rat" flicked it.