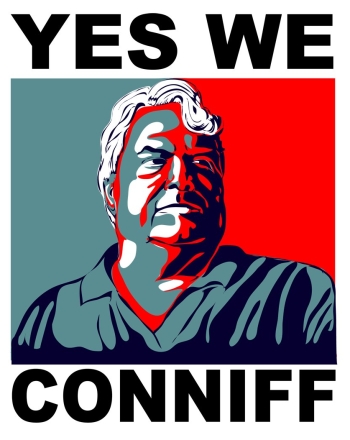 As Mystery Science Theater 3000's TV's Frank, comedian and writer Frank Conniff became possibly the most cuddly mad scientist in history. From his debut television appearance that started with the show's second season -- for which he scripted and also pre-screened the "cheesy movies" that would torture host Joel Hodgson and crew -- Conniff went on to gigs both behind and in front of the cameras for such diverse genre shows as Sabrina the Teenage Witch and Invader Zim.

I am, admittedly, an unabashed MSTie, and so when I got the greenlight to go ahead with The CFQ Interview, Frank was the first person I contacted and subsequently the first to be interviewed. The talk is wide-ranging, including an in-depth glimpse into to the work on MST3K and other shows, plus discussion of the aborted Joel Hodgson feature project Statical Planets and Frank's creation of the satiric, audio musical, The Wonderful Pundits of Oz (which you can download here).