As Middle East peace talks are set to resume after a five-year freeze, 972 Magazine reports a member of Israel's cabinet has declared his backing for simply killing Palestinian prisoners, rather than bringing them to trial.

On Sunday, Israel announced it would release 104 Palestinian prisoners, a key caveat in the John Kerry-brokered plan to renew peace talks.

But according to the 972 report, Israel's minister of Industry, Trade and Labor and Jewish Home Party leader Naftali Bennett could not have disagreed more, proposing during Sunday's cabinet meeting a swifter, but illegal way to deal with prisoners.

"If you catch terrorists, you have to simply kill them," Bennett allegedly said, according to a report in the Hebrew-language print edition of Yedioth Ahronoth.

Israeli National Security Adviser Ya’akov Amidror allegedly responded by saying that such a practice was illegal. Bennett then reportedly declared, "I’ve killed lots of Arabs in my life – and there’s no problem with that.”

A former IDF officer, the right-wing Bennett briefly joined protesters against the decision to release prisoners before attending Sunday's cabinet meeting. According to The Jewish Press, prior to Sunday's vote, Bennett said, "Terrorists should be killed, not released."

Peace talks are slated to begin in Washington on Monday, though both sides remain skeptical about the commitment to resolving the decades-long stalemate.

Naftali Bennett: 'I've Killed Lots Of Arabs In My Life And There's No Problem With That'
Mass Graves Found In Jaffa 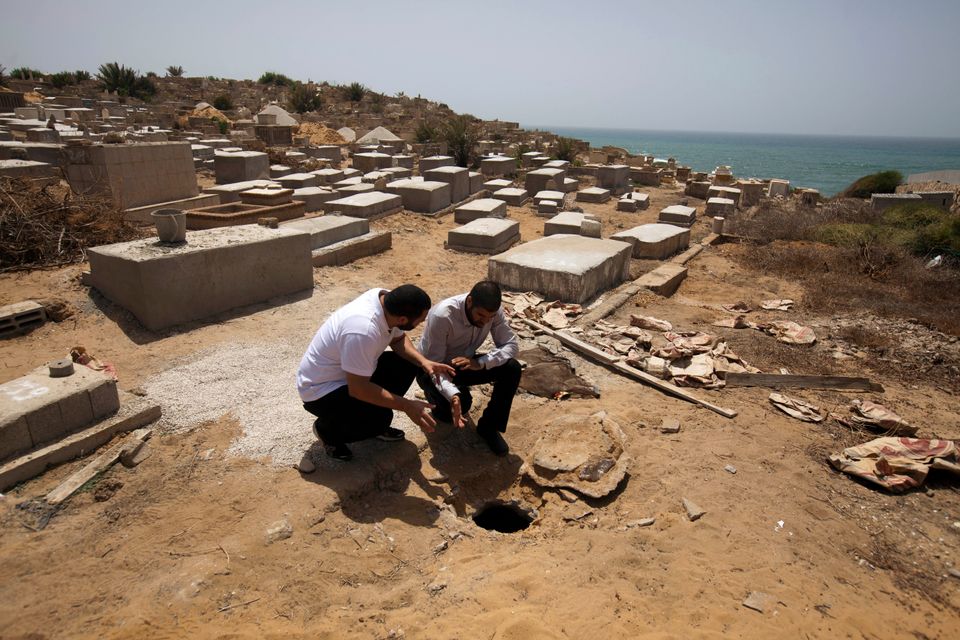 1 / 5
A picture taken on May 31, 2013 shows the head of the Islamic Movement in Jaffa, Sheikh Mohammed Najem (R) looking at the hole that was made above a mass grave that has been found at a cemetery in the Jaffa district of Tel Aviv, Israel. An official at the Muslim cemetery there told AFP that the grisly find occurred on May 29, 2013 when ground subsided as workers carried out renovations, revealing six chambers full of skeletons, thought to be the remains of dozens of Palestinians killed during the Israeli-Arab war of 1948, when the Jewish state was founded. Jaffa was at the time a Palestinian town but there was an exodus of most of its Arab population when it fell to the fledgling Israeli army and right-wing Jewish militias. (AHMAD GHARABLI/AFP/Getty Images)
Getty Images