Aside from the occasional manicure, broken fingernail or stubbed toe, most of us tend to take our nails for granted, not giving them much beyond a passing thought.

But they might be more complicated than we think. For starters, nails are made up of more than just the part we paint over with polish. "The nail plate (hard part of the nail) grows out from the matrix (the root) in a shape something like an ocean wave," says Jessica Krant, M.D., a board-certified dermatologist, founder of Art of Dermatology and an assistant clinical professor of dermatology at SUNY Downstate Medical Center in New York City. "The white portion of the nail at the base (most easily visible at the thumbs) is called the lunula (little moon). This is the end of the matrix showing."

Intrigued? Here are 15 more things you might not know about your nails:

Fingernails grow an average of 3.5 millimeters per month. 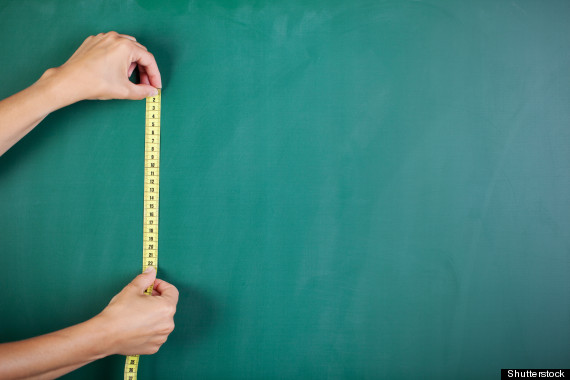 That's just over a tenth of an inch. And nails on your dominant hand tend to grow faster. Toenails, on the other, uh, hand, grow an average of 1.6 millimeters a month, according to the American Academy of Dermatology.

White spots on your nails don't indicate a calcium deficiency.
"Calcium deficiency causing white spots on nails is the most common myth, followed by zinc deficiency. The truth is that white spots are common and harmless and don't indicate any specific vitamin deficiency at all," Krant says. "Most likely they are signs of previous trauma to the nail plate (the hard part of the nail) or the matrix (the source of the nail plate, which is located underneath the cuticle under the skin). Just like folding or denting a piece of clear plastic leaves a white spot, so does pressure or trauma to the nail."

Nails are made out of the same stuff as hair. 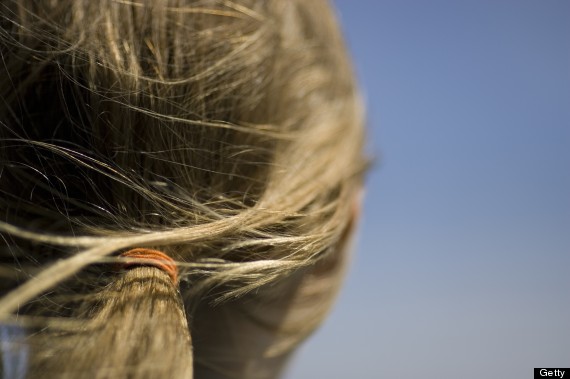 Both nails and hair are made up of keratin, just put together in a different way, Krant explains. And that means the same foods that are good for your hair are good for your nails. "A varied diet rich in vitamins, antioxidant fruits and veggies, protein, and minerals is key for healthy nails and hair," she says. "Keratin is a protein, and healthy oils and fats are also needed to keep the skin, hair, and nails moisturized and strong."

Men's nails grow faster than women's nails.
The possible exception, according to the American Academy of Dermatology, is during pregnancy.

Nails are what separate the primates from the mammals. 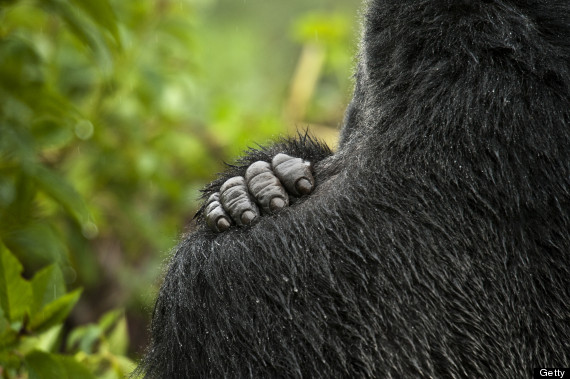 While most mammals have claws to help them with daily tasks, fingernails are something that distinguish primates (including humans) from the rest of the group, LiveScience reports:

Scientists suspect primates sort of lost their claws and fashioned broad fingertips topped with nails to aid in locomotion. While claws would have provided excellent grip as our mammalian ancestors clambered up large tree trunks, they would have been a nuisance for larger-bodied primates trying to grasp smaller branches while scrambling across tree canopies for fruits. Rather, primates developed broader fingertips made for grasping.

It's also the most common "nervous habit," WebMD reports, a category which includes other behaviors such as hair twisting or pulling, tooth grinding or picking at the skin. Roughly half of children between 10 and 18 bite their nails, according to WebMD, but most people stop on their own by age 30. While nail biting is largely harmless (albeit unsanitary), possible health risks include contributing to skin infections and aggravating nail bed conditions, according to the Mayo Clinic.

Last year, experts considered including nail-biting, along with other "pathological grooming" habits, as a type of obsessive compulsive disorder in the new Diagnostic and Statistical Manual of Mental Disorders. (For tips on how to quit the habit, click here.)

You actually should let your nails "breathe" between manicures. 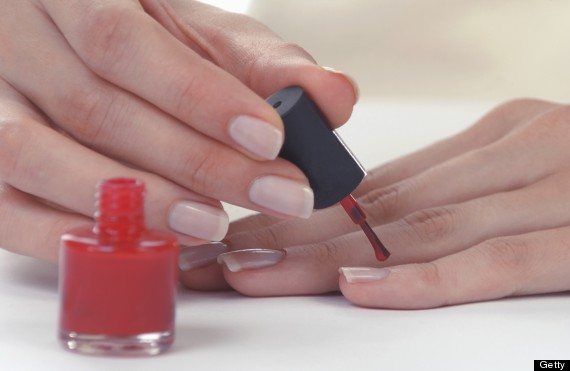 You might want to reschedule that weekly mani appointment -- according to Krant, it's best to reduce the amount of time your nails are polished to keep them at their healthiest. "Believe it or not, that hard thing on the tip of your finger is living tissue, and oxygen does penetrate through the nail plate to the nail bed," she says. "When you smother the nail and the nail bed beneath it, the nail has a harder time fighting off infections like the wart virus or a nail fungus. Also, nail polish is quite drying to the nail, so keeping them polished all the time (and re-doing the manicure repeatedly, with the drying chemicals used to remove polish) can eventually dry them out and make them less flexible and strong."

Nails are a window to the entire body.

"There is a huge amount that a well-trained dermatologist can tell about your overall health just by examining nails. From nail bed discoloration (blueish means lung disease), to capillaries in the cuticles (autoimmune disease), to yellow, white, or banded nails, sometimes very serious or even life-threatening disease can be diagnosed just by examining the tips of your fingers," Krant says. "So if you see something wrong or unusual, like a dark brown patch on your cuticle that also has an accompanying brown streak up across the whole nail plate (melanoma), see a dermatologist for help." For more things your nails can tell you about your health, click here.

Nails grow faster in the summer than in the winter. 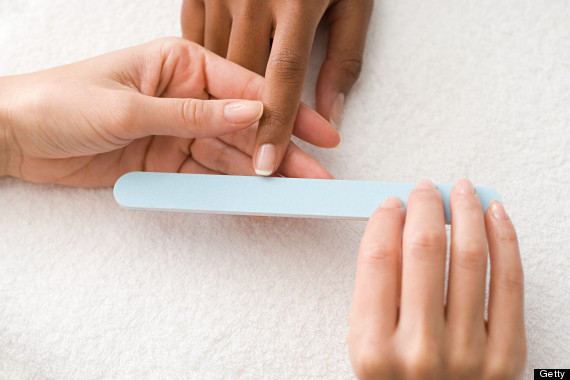 According to the American Academy of Dermatology, different times of year (as well as your age, genes and a handful of other factors) can affect nail growth speed.

About 10 percent of dermatological conditions are nail-related.

Roughly half of nail disorders are caused by fungal infections, according to the AAD (and they're more frequent in toenails). Other common conditions include white spots (see above), vertical lines, bacterial infections and ingrown toenails. Senior citizens tend to have more nail problems than younger people.

Stress can take a toll on your nails.

In addition to stress-related picking and biting, chronic stress can inhibit nail growth, HuffPost previously reported. It's important to manage stress and get plenty of sleep for optimal nail health (and for a whole bunch of other reasons), according to Krant. "Chronic stress and fatigue divert the body's energy and nutrients away from growing healthy nails and hair," she says.

There's a reason we can't stand nails on a chalkboard. 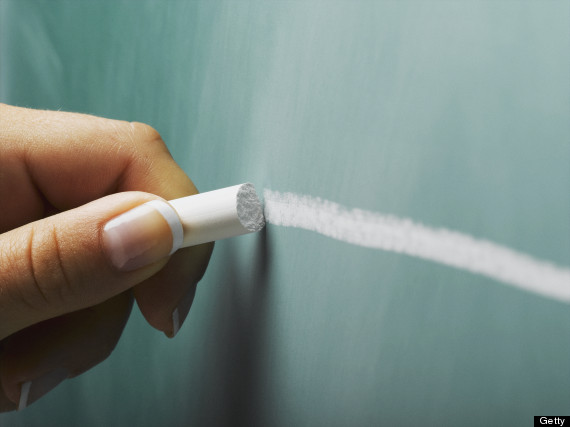 Just the thought of it is enough to make us cringe -- but why? According to 2011 research, part of the reason is because the noise hits a frequency that's naturally amplified by the shape of our ear canals, HuffPost reported at the time. The problem might also have a psychological component -- when study participants were told the source of the noise, they tended to rate it as more unpleasant compared to those who were told it was part of a musical composition.

Cuticles have a purpose.

And that's why many experts recommend against removing them for aesthetic purposes. "The cuticle is there to seal moisture and environmental germs out of the body, which is why it's very important not to pick at the cuticle or to let manicurists cut it off," Krant says. "It must be treated gently and left in place as much as possible."

The hardness of your nails is mostly genetic. 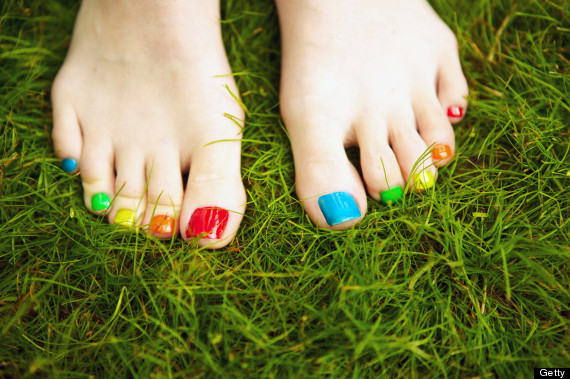 Not much can be done about nail shape or how quickly they grow in, Krant explains, but nails that constantly break or peel could signal being dried out. "Hand washing, doing dishes without thick rubber gloves, house cleaning, working with paper, getting frequent manicures, and using a lot of hand sanitizer are all culprits that contribute," she says. To protect your hands, use a thick hand and nail cream that you use regularly (not just once a day): "If you get into the habit of reapplying frequently, you keep your cuticles smooth and unclipped, and you gently file off rough nail edges instead of picking at them, your nails will start to peel and break less."

Your nails need blood to survive.

Ever wonder why your nail sometimes falls off after an injury? Here's the explanation: "Since the nail plate needs blood flow, oxygenation, and nutrients to grow normally, a crush injury (or kicking the edge of the door really, really hard by mistake) can disrupt the delicate microscopic connections that provide the nutrition, and that already growing nail may not be able to recover well enough to keep growing," Krant says. "It may fall off completely, and after time be replaced by a new perfectly healthy nail when the matrix and nail bed are able to reattach themselves to a freshly growing nail." If the damage happens at the root of the nail, under the cuticle, it can become permanently scarred, which might mean that you'll always grow a misshapen nail after that.