This guy really hit the nail on the head.

Yang Yi Kui, 55, had an 8 cm-long nail removed from his skull earlier this month, the Metro reported. Kui, who lives in the Jiangsu province of China, was operating a cutting machine on December 29. A nail that had been caught in the device flew out and "ripped into my head and left a small hole on the skin," he said.

Kui didn't realize the nail was actually lodged inside his head until he felt sick the next day and received an X-Ray from a doctor: 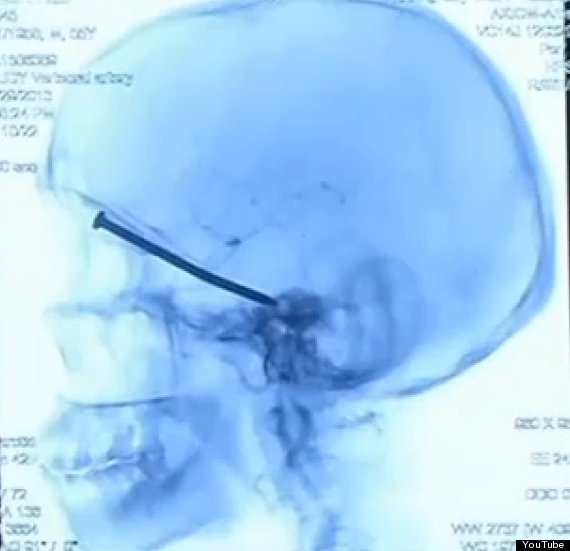 In order to remove the nail, doctors performed a craniotomy, meaning they removed a piece of his skull to access the brain

Though the procedure to remove the nail was risky, Yang's eyesight and nerves remained unscathed and he is now in stable condition, according to My Fox Atlanta.

This isn't the weirdest medical news out of China in recent months. In December, doctors grafted a man's hand to his ankle to keep the appendage alive until he could have surgery.

And in August, surgeons grew a nose on the forehead of a man who lost his first schnoz in a car accident.