Like to cook bacon in your birthday suit? The makers of a new product insist you need protection in that sensitive area. 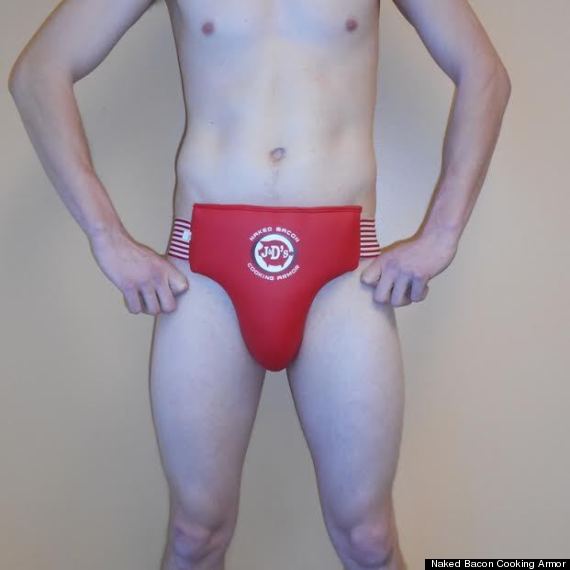 The product, developed by J&D's Foods, is "constructed from a hard plastic shell covered with foam then enclosed in vinyl," co-founder Justin Esch told HuffPost. "It truly is the gold standard of genital grease burn protection."

He said he hopes the groin protector will also inspire those who do their sizzling with clothes on to take them off.

"We’re just opening the door," he said. "With any luck you step through it because happiness is waiting on the other side."

Esch and co-founder Dave Lefkow assure that the product is real. It has a real price tag, too: $14.99 plus shipping and handling.

But the two, who also developed Baconlube, thankfully treat the Naked Bacon Cooking Armor like a novelty. (Otherwise, we'd be worried.)

"Cooking and eating bacon naked has been said to be the equivalent of winning the lottery, scoring a touchdown in the Super Bowl and neck-punching Justin Bieber all at once," their press release states.

One of the developers knows your pain, nude bacon-cookers. Asked by HuffPost if he has had bacon grease splattered on his privates, Lefkow replied, "It’s not an experience I’ll ever forget." 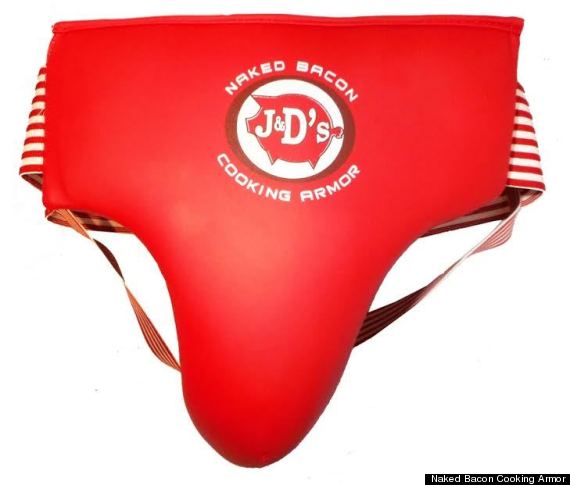