Hundreds of Angelenos got a full-body tan Saturday as they rode their bikes butt-naked across the city.

This year was the 10th anniversary of the WNBR, which takes place annually in cities across the world and seeks to promote “a vision of a cleaner, safer, body-positive world." One of the group's slogan is, "Put a stop to our indecent exposure to cars and the pollution they create!"

Unfortunately, someone in LA wasn't feeling the birthday-suit vibe this year and threw a glass bottle in the direction of the bikers, LAist reports. Then, a male and female suspect in their 20s not associated with the ride yelled at the bikers to get out of there and then walked up to a biker and punched him.

Instead of responding with violence, the riders both years shook it off and rode off into the wind. Lead by example ... on a bike! 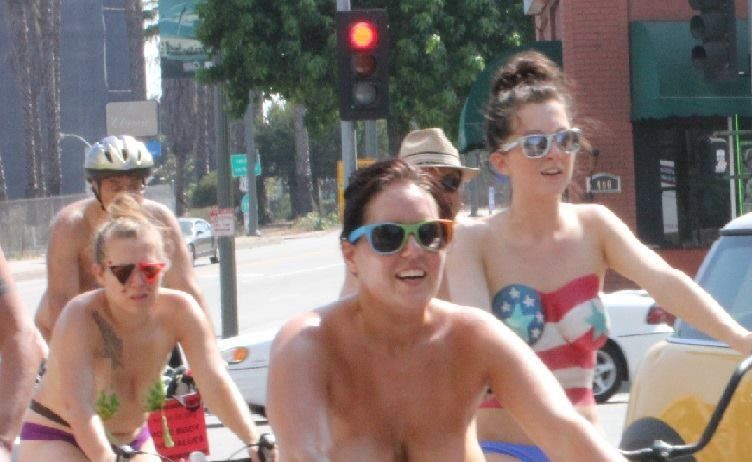