Can't stand President Obama? Not prepared to cast a vote for Mitt Romney or anyone else vying for the Republican nod?

How would you like a candidate who will gladly show you everything that doesn't fit in his tighty-whities?

With Presidents' Day upon us, take a moment to appreciate the more than 300 lesser known Americans who have registered with the Federal Election Commission to run for the highest office in the land.

Remember, as long as you're at least 35 years old, a native American and have lived in the United States at least 14 years, you've got what it takes. You don't even need a shirt and a pair of pants. Just ask Robert Burck, better known as New York's Naked Cowboy.

This Times Square street performer who appears in little more than boots, a cowboy hat and underwear (never boxers, always briefs), is saddling up for a White House run.

"My campaign is a refutation of Obama's direction and a political statement," Burck told The Huffington Post. "It's also a willingness to represent a different opinion."

Burck is listed as an independent but is bothered by the fact that no Republicans have (so far) offered their support since he says his platform fits in with that of the current GOP orthodoxy, with calls for a smaller federal government, free market economics and "the strongest national defense possible."

"I know what it takes to run a successful business," he said. "Plus, it's obvious I have nothing to hide."

Burck has a certain amount of name recognition, but that isn't true for all independent candidates. Another contender, Mike Ballantine, hasn't been seen much in this country for the past five years.

Ballantine, a businessman, has just returned from Vietnam where he lived in self-imposed exile since 2006. He returned to the States to run as a Green Party candidate via Americans Elect, a nonprofit political organization that is planning an Internet convention to arrive at its pick. Until the beginning of March he is residing near Lancaster, Penn., but is planning a move to South Padre Island, Texas.

"As someone living overseas, my perspective of America is more cosmopolitan than one commonly portrayed by the media," he told The Huffington Post earlier. "Between our aggressive military actions and the failure to address progressive issues, I felt it incumbent upon myself to take action."

PHOTO GALLERY
Your Next President? Independent Candidates For President

If elected, Ballantine said, he plans to focus on three priorities: the economy, campaign finance reform and foreign affairs. Some of his plans include extending Medicare to all uninsured Americans and consumer debt relief for homeowners and students.

"War is not some weekend adventure or video game like 'Counterstrike,' where America jumps in, kills the bad guys and then gets the prize," Ballantine said. "This is a very serious affair and should not be so blithely discussed as if it were a normal matter of business."

Another Oval Office hopeful, Da Vid, is a medical doctor interested in holistic thinking and seeking to bring glory to the Light Party, which claims to have 1,500 members.

Da Vid said he doesn't necessarily expect to replace Obama in office. He is hoping, however, that other candidates embrace some of his party's platform, including legalization of marijuana and a 1 percent tax on every currency transaction.

"The first one would get the mafia out of the drug business, and the second would raise $350 billion the first year," he told The Huffington Post.

Before legally changing his name, Da Vid was known as Dr. David Ornstein. He now creates video "artainment," which he claims alters brain waves in a way that allows people to converse with their higher self.

Better health care, he said, is the secret to bringing a boost to the economy. The reason: "Healthy people are more productive and more socially conscious."

Another candidate, "Average" Joe Schriner, believes his training as an addictions specialist gives him a better perspective than a lawyer, a businessman or the typical politician would have on how to make the nation better.

"Then, if you add into the mix all the social fallout around drinking and drug use when it comes to domestic violence, broken families and drunk driving episodes, it's staggering."

Schriner also would make sure that the Lincoln Bedroom in the White House is open to more than just big-money contributors.

"You see these veterans sleeping at the gate in front of the White House," he said. "Well, if I'm president, I'd like to house some of them and help them get back on their feet."

If experience is the best teacher, however, Americans may decide to cast their ballot for retired engineer Don Cordell, who, at 84, would be the oldest president ever to enter the White House for the first time.

"It takes a guy who lived through a Depression to understand how to deal with it," Cordell told AOL News last year.

Cordell, who lives in Lancaster, Calif., claims to be a distant relative of both George W. Bush and Obama, but wouldn't want to attend a family reunion with either of them: He's hated every president since Harry S. Truman.

If elected, Cordell promises to become the friendliest candidate that big business ever had, in part by cutting the power of the Internal Revenue Service, which he says is "too intrusive."

"We need big business. A small business cannot make a car or a refrigerator, just the parts that go into them," said Cordell, who also would put a stop to outsourcing. "It makes no sense to pay people unemployment because you've shipped their jobs away."

In fact, Cordell believes he has the answers for most of the pressing issues facing the country. Except for one: Who would be his First Lady?

"I'm divorced, but I'm open to suggestions," he said. "I do have a 50-year-old daughter. But maybe Betty White?"

CORRECTION: An earlier version of this article incorrectly reported that Wayne Allyn Root is running for president. He is considered a potential Vice Presidential candidate for the Libertarian Party. 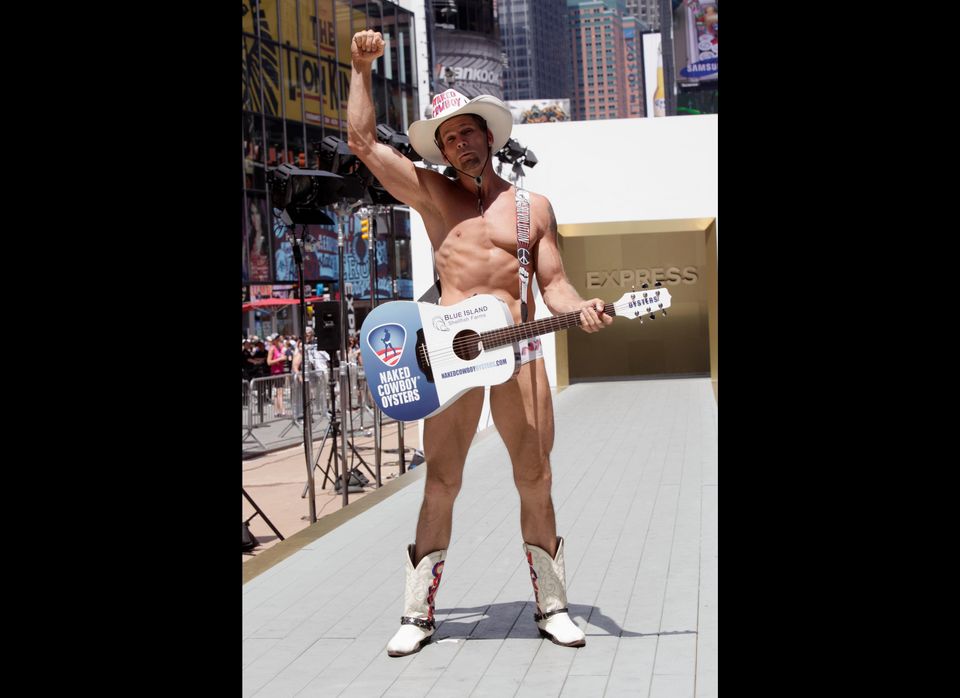 1 / 5
Your Next President? Robert Burck, The Naked Cowboy
Robert Burck, otherwise known as the Naked Cowboy, has made a name for himself performing in Times Square in underwear and is now running for president as an independent candidate. He promises, if elected, to pursue a strong national defense and an economic policy that supports the free market.
Thos Robinson/Getty Images