New York Magazine, following the print mandate to produce year-end lists, came up their best and worst in pictures. There are some gems, such as "The Most Brooding Spread" that warrant a second look. There are some controversial ones -- remember the underage naked shots of sexy-and-seventeen model Ali Stephens? But the picture that takes the cake is the one that wins for Most Disturbing Ad. At the risk of giving haberdasher Duncan Quinn more attention than they deserve, here it is: 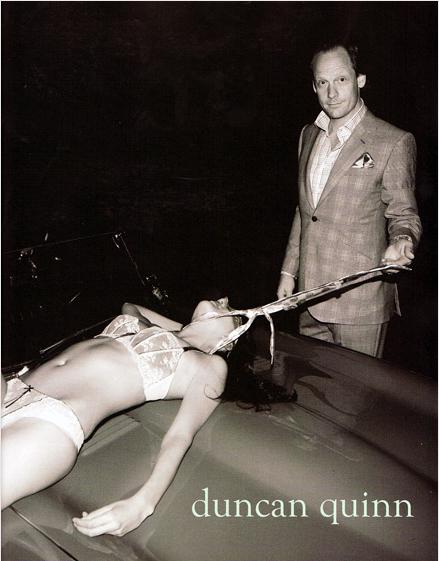 What is it about watching a well-dressed man either about to kill a senseless woman draped over the hood of his car that would make anyone want to buy their clothing? And why does she have to be nearly naked (and freshly waxed)? Did he just rape her? Or is he a necrophiliac? This ad campaign just makes me want to boycott their business. Which would be brilliant except it wouldn't do much good since a) I've never heard of them before and b) I'm not in the market for high-end men's suits. So I'll just settle for holding back my vomit and expressing moral outrage. Which is probably what they were going for. More people talking about them and their misogyny.

Think one ad doesn't make a trend? Here's one for a video game that is equally as awful. Want more examples? Google them yourself. And pray the FBI never has cause to seize your computer. 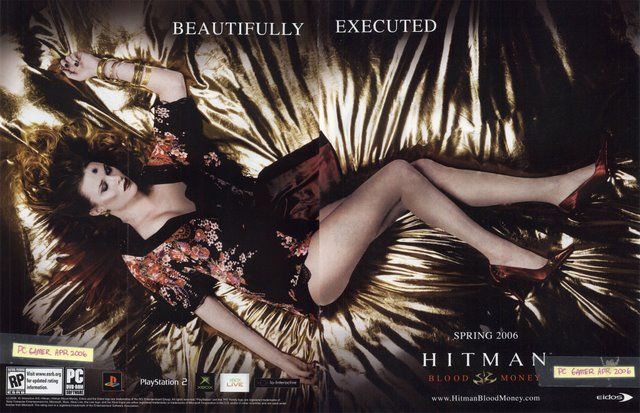 Anybody out there care to explain what the appeal of this kind of advertising is? I really don't understand. And hey -- you can always post anonymously!