A man in Toronto made a big splash Friday night when he dived naked into an aquarium shark tank.

Now police are looking for him in connection with a possible indecent exposure charge, as well as a violent assault earlier in the evening, the CBC reports.

Toronto police officers first heard about the naked man swimming with sharks when they got a call from Ripley’s Aquarium around 10:30 p.m., according to spokeswoman Katrina Arrogante.

“We arrived on scene within seven minutes and he was already gone,” Arrogante told the Globe and Mail newspaper. “There were no injuries to the man, animals or patrons.”

Video shows a bald man swimming in the shark tank while a security guard yells at him to get out of the water, according to the CBC.

At one point, the man got out of the pool, only to dive back in again to a cheering crowd.

Ripley’s said its own surveillance video showed the man arrive at the aquarium shortly after 10 p.m.

“After purchasing a ticket, he immediately disrobed and proceeded to climb over the security barrier into the exhibit,” Ripley’s said in a statement.

However, she found it terrifying.

“I don’t know what would possess someone to do that. It’s totally insane to me,” she explained. “I was scared I was going to witness the death of this guy.”

The company plans to ”press all appropriate charges once the individual has been apprehended.”

The alleged shark tank swimmer is described a male between 35 to 40 years old, about five feet 10 inches tall and 220 pounds, with a tattoo on his lower leg, according to GlobalNews.ca.

So far, the accused shark swimmer has eluded capture, but police plan to charge him with indecent exposure.

In addition, investigators believe the man may have been involved in a violent assault that occurred at a Medieval Times restaurant a few miles from the aquarium, according to the CBC. 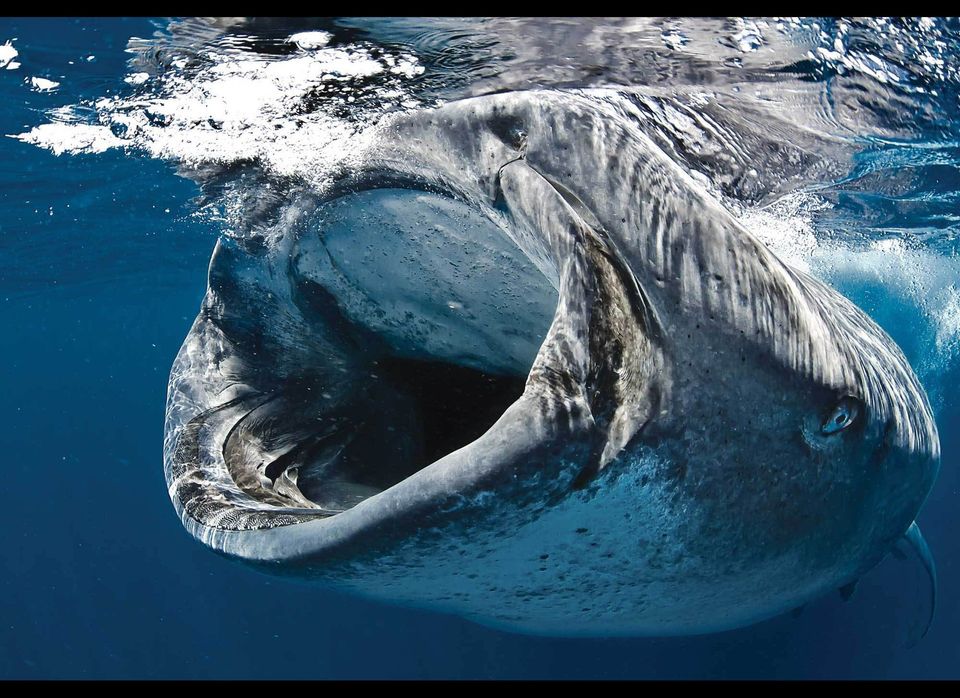 1 / 5
1. Start with the Safest Sharks
Andy Dehart, lead expert for Discovery Channel’s Shark Week, suggests divers build confidence by <a href="http://www.sportdiver.com/photos/shark-week-2013-top-10-shark-dives-whale-sharks-to-great-white-sharks?src=SYN&dom=huffpo&con=080713" target="_hplink">working their way up to shark species</a> perceived as more dangerous. A whale shark is an easy one to start with. (Photo by Dave Caravias)