Would YOU ever sled down 97 yards of frozen track wearing nothing but undies and snow boots?

A bunch of crazy Germans would. Next month, the German town of Braunlage will host the fifth annual Naked Sledding World Championship, and they're actively looking for this year's crop of clothes-free competitors.

To apply, you must be willing to strip down for a grueling, semi-naked race on a toboggan. You'll be laying on your stomach and propelling forward with your hands (don't worry-- gloves are one of the few articles of clothing allowed) before a crowd of about 25,000 people. In the past, the top(less) male and female sledders each received about $1,000 in prize money.

Organizers of the last Naked Sled chose only 30 participants from a pool of roughly 5,000 applications. Apparently those who "look good naked" tend to get picked, and stipulations are a bit strict: historically, contestants were chosen only from Germany, Austria or Norway, and Brits are forming their first team this year.

So grab the wildest European you know, and have them hit the slopes!

Browse the very NSFW slideshow below (be careful, it's topless!) for a taste of last year's action. 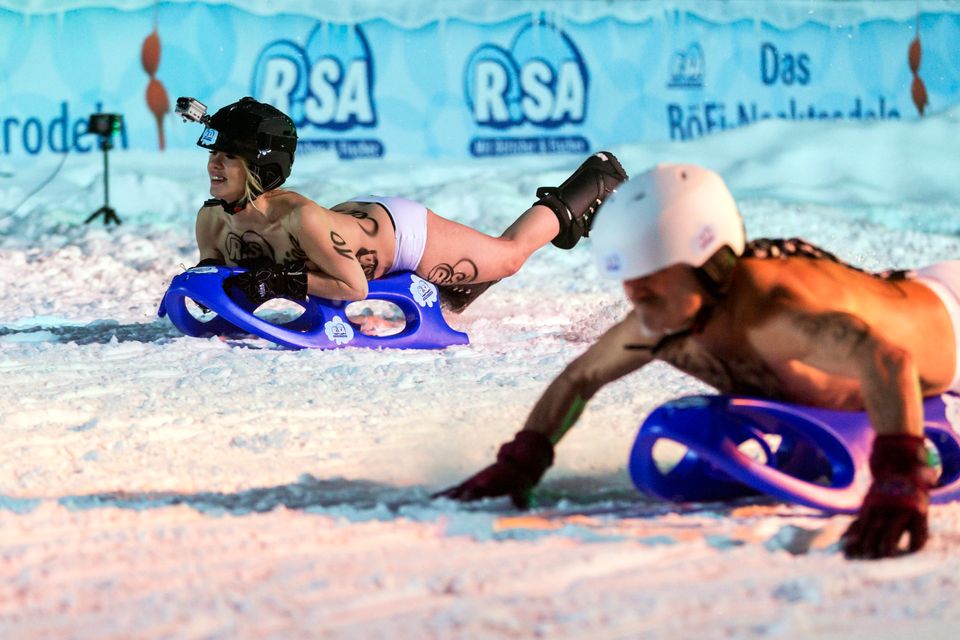