A female Florida spring breaker who was photographed wearing only beads and surrounded by men could be in trouble, authorities fear.

The Bay County Sheriff’s Office said her picture was posted on Twitter on March 11. The picture was apparently taken in Panama City Beach. Authorities want to find her to make sure she's OK. 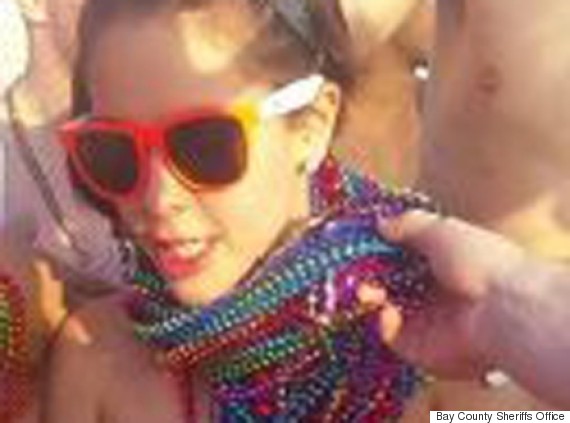 "We aren’t trying to get her into trouble,” BCSO spokesperson Ruth Corley told the News Herald. “We want to make sure she isn’t in trouble.”

In another photo, "the nude female visitor appears to be bent over dancing at the edge of the Gulf of Mexico," the News Herald reports. Both pictures have since been removed from Twitter.

"There are problem areas, problem places, problem clubs I think that advertise for a problem group of people," Thomas said. That needs to go away."

Spring Breaker Spotted In Naked Photos Could Be In Danger, Cops Fear
Missing Children
1 / 21
RAjena Linson
RAjena Linson left her Detroit, Michigan home on the evening of Oct. 4, 2014, after getting into an argument with her mother. She has not been seen since that time.&nbsp;<br><br>Click here to submit information to the&nbsp;<a href="http://www.blackandmissinginc.com/cdad/Tip.cfm?misID=1955" target="_blank">Tip Line</a>.
http://wwwblackandmissinginccom