Nude rights activist Gypsy Taub, 44, was arrested on Thursday after her wedding to Jaymz Smith, 20, on the steps of City Hall in San Francisco, according to the Associated Press.

The bride -- a mother of three from Berkeley, Calif. -- arrived in a dress, but eventually stripped down to nothing but a veil to say her vows. 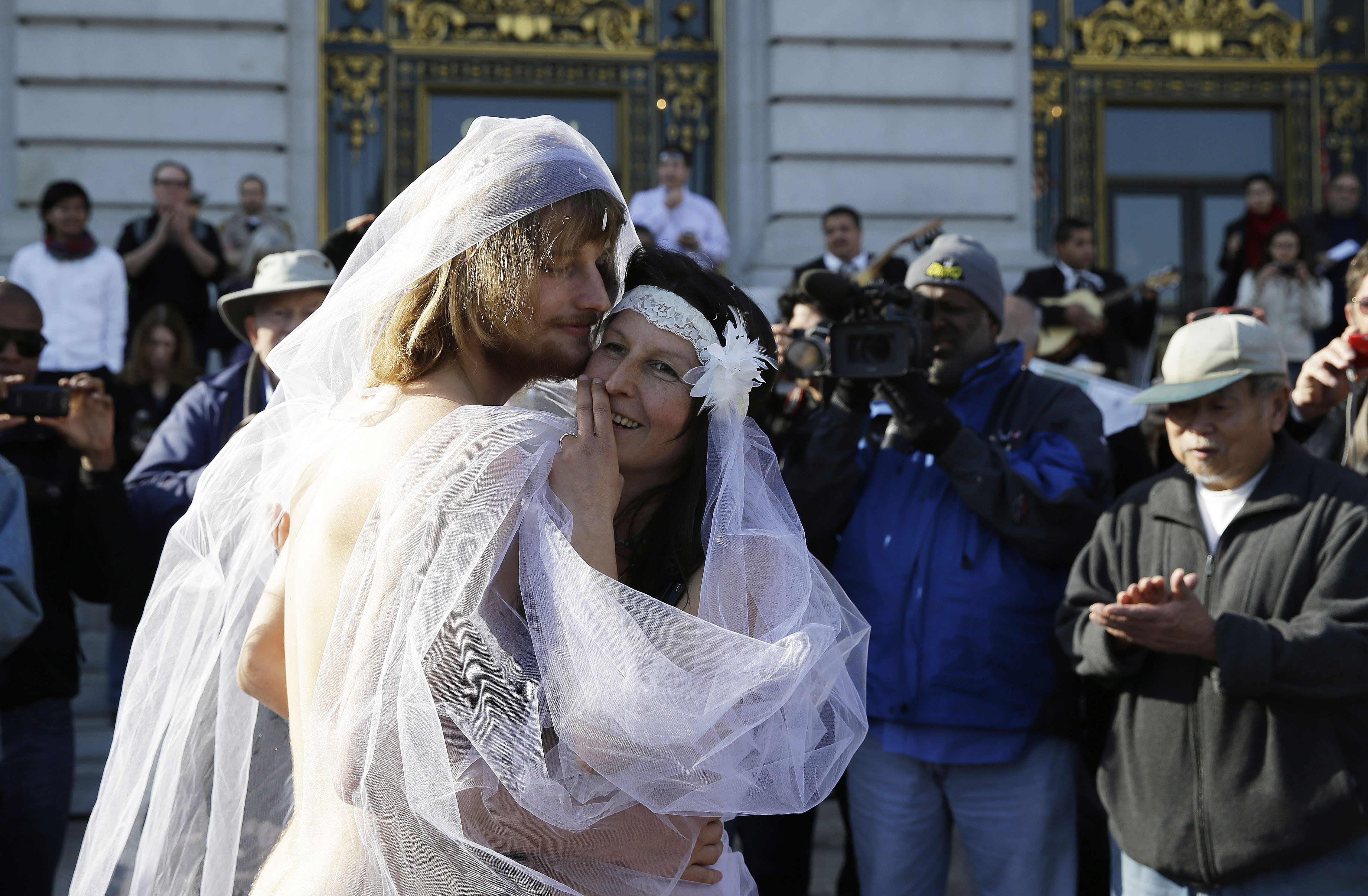 "This is a protest against the nudity ban as much as it is a wedding," she shouted to a crowd of roughly 100 people before the nuptials, the San Francisco Chronicle reports. "I know that the people of San Francisco are behind me."

Officiant and former San Francisco nudist mayoral candidate presided over the ceremony and finished with the words, "Kiss and conjugate."

According to the Chronicle, there was a matinee performance of "The Nutcracker" about to start at the Opera House close by, and many mothers and children were passing by.

After the ceremony, Taub was taken to a police van and received a citation for public nudity -- her eighth citation of this kind. She was then released after agreeing to put the dress back on. Her husband and several of her guests were cited as well.

In spite of the arrest, was the bride's Big Day everything she dreamed of?

“It was fantastic," Taub told the Associated Press. "It surpassed all my expectations. It was just an awesome party.” 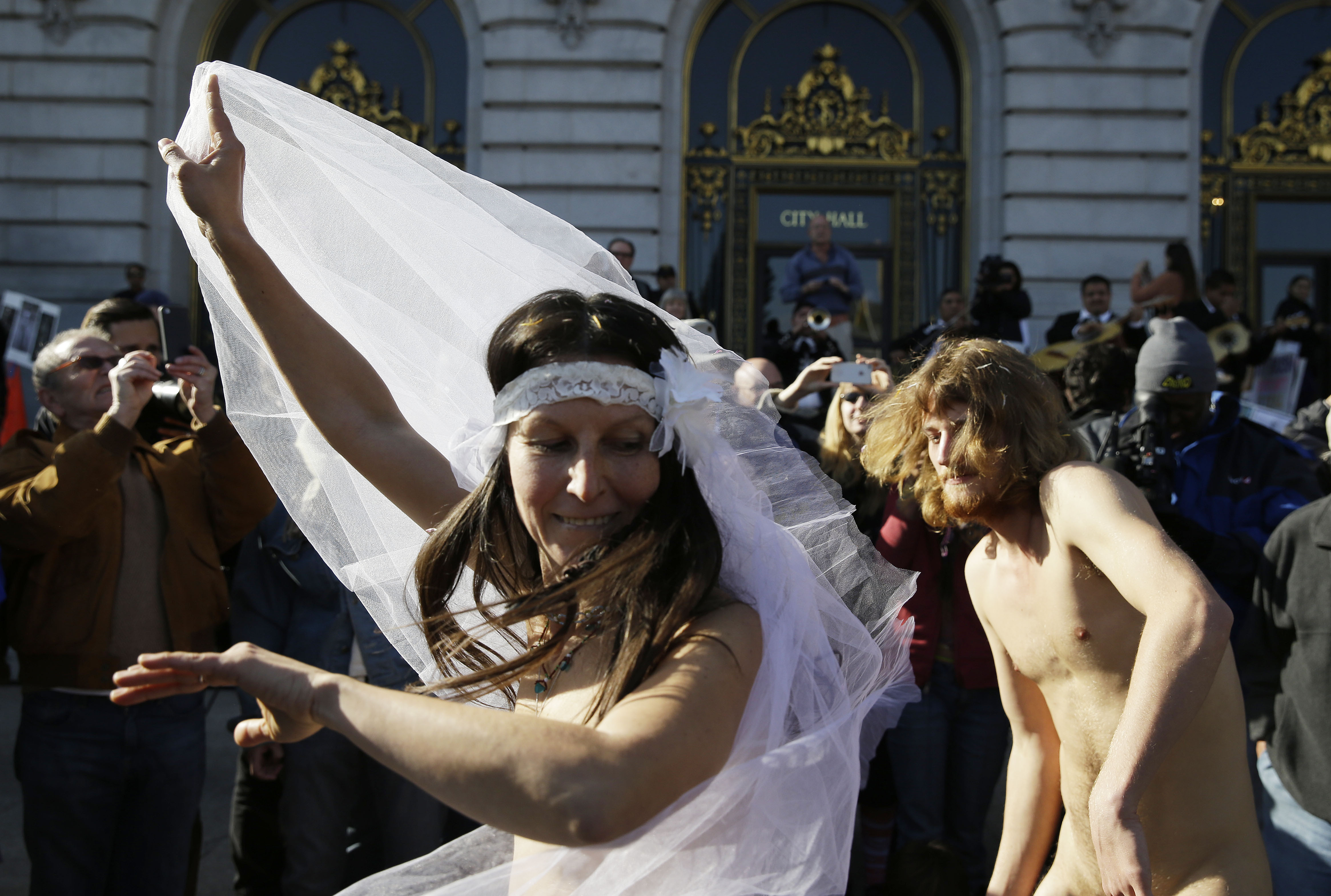 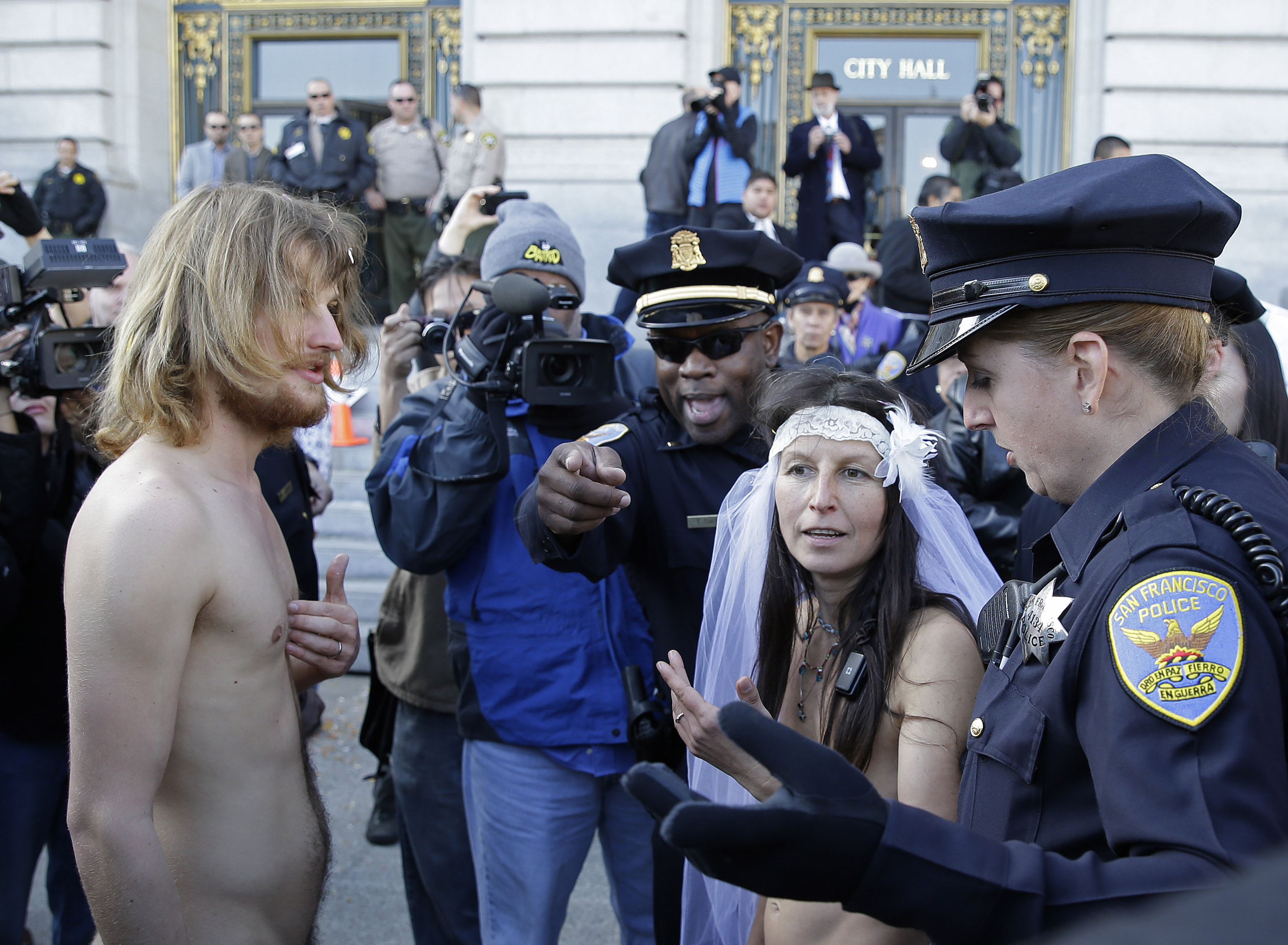 
Things You Can't Do Naked