Namaste. The first word spoken upon my arrival to Kathmandu, Nepal. It was the evening of May 28, 2015, just a little over one month following the first devastating 7.8 magnitude earthquake that affected Nepal, that I arrived in Kathmandu to support the clean drinking water efforts in the region. Within this one month time span, the people of Nepal had experienced over three major earthquakes (all greater than 6.7 magnitude) and over 250 aftershocks. These numbers resulting in disruption to the region - homes turned to rubble, lost lives, displaced communities, disorder of daily life, and dramatic reduction in basic needs. Entering these unsettled conditions, the word Namaste left me with a sense of togetherness amongst the disorder. A togetherness evident in the Nepalese people who have maintained a core purpose in the face of their changed circumstances.

Our first day going into the city was a real eye-opener of the amount of devastation just in Kathmandu. Most everywhere we went, we witnessed buildings reduced to rubble or large cracks alongside the building facades. Our host described that many of the temples and squares were places that families and communities gathered, were now devastated and changed forever for them. As we walked through Kathmandu's Durbar Square, I was impressed by the "entrepreneurial" spirit of the people. Among the rubble and temporary tent-homes, women and men had setup shops to sell their goods and wares and food was being prepared. The locals were taking ownership and adapting to their current circumstances. 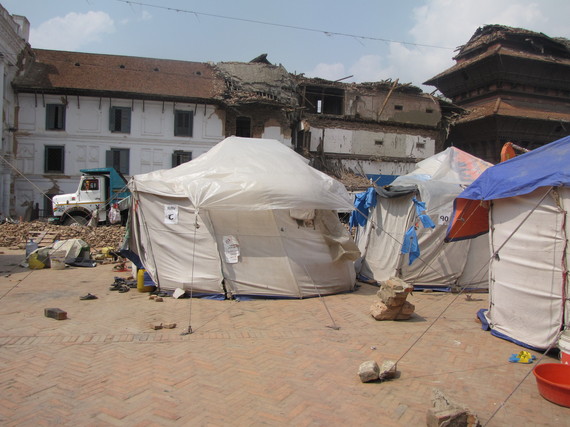 Life was also affected beyond Kathmandu. A total of 14 Districts were hit the hardest with over 500,000 families losing homes. A community member relayed an account that upon going into the countryside two days after the initial earthquake to help relatives, found that landslides had caused much damage. She witnessed bodies in the rubble under large boulders lying in positions in which they had tried to escape their vehicles or died on motorcycles. Landslides could not be avoided. I also traveled to the Nuwakot District to work alongside the local government supply agency and provided clean drinking water solutions at the household level. We worked with community members not only to train them on the technologies, but also to learn of their needs and priorities. They reiterated the need for clean drinking water and shelter, especially as the monsoon season approaches. For them a home is all inclusive - a kitchen and toilet being reiterated as most important. Things I often take for granted back at my own home. Working with this community I was overwhelmed with their resiliency. While most had lost all material possessions, they were there to rebuild and fight for their community. One community member emphasized "Love, companionship, and community are stronger now than ever. We are building back together." 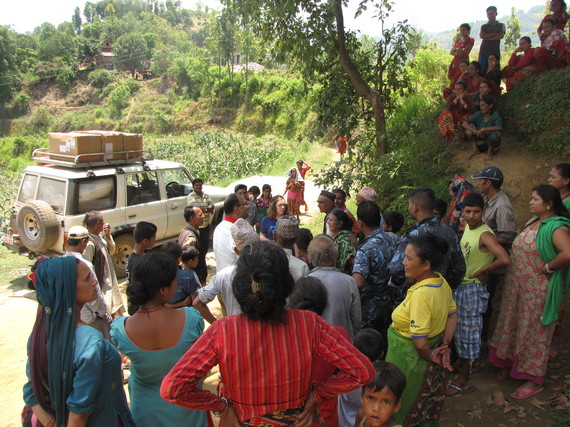 Reflecting on my time in Nepal it is evident so much is still needed. However, much effort is being coordinated by the humanitarian sector and local government agencies to support this emergency and also the long-term rebuilding for future preparedness. All of these efforts are necessary and the communities are working tirelessly as the monsoon season approaches.

As I parted way with my host family, we exchanged our daily "Namaste". They translated this to me as, "The Spirit within me salutes the Spirit in you." A togetherness visible amongst individuals and the entire nation of Nepal.

This post is part of a series honoring the Toyota Mothers of Invention -- women who have demonstrated entrepreneurial spirit and innovative concepts to positively impact the lives of others, whether in their own communities or on a global scale.