Alastair is particularly likely to be a journalist. Hannah has a good shot at being a poet. Dalton is more likely than most to sell insurance. Me? Apparently, I would be far from the only Alex or Alexander to become a stuntman or venture capitalist.

A new analysis from app maker Verdant Labs found the six most unique names in 37 different professions. These are the names that are more common in that line of work than in others. 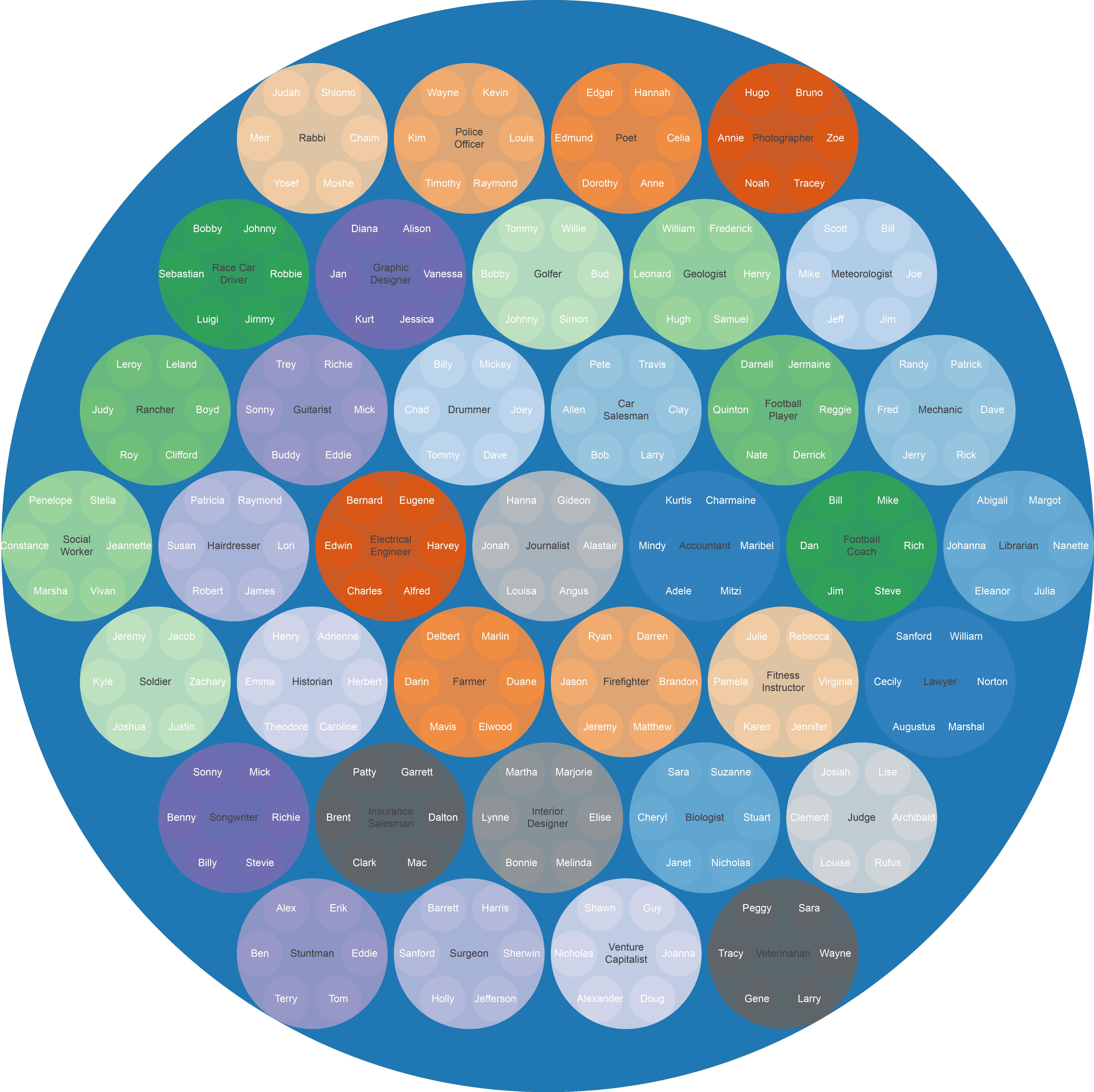 The company crunched public records data used for its Nametrix baby-naming app, which offers information on various monikers -- such as the popularity of a certain name and where it's most common. Going through millions of records, the researchers considered whether certain names were more common in certain industries.

In a blog post, developer Mark Edmond explained more about the methodology:

Take Elvis, for example. There aren’t all that many Elvises out there, but a particularly high percentage of them are musicians. As a result, Elvis ranks high among musician names. Elvis isn’t the most common name among musicians -- that’s likely to be John or some other very popular name. What’s interesting is that it’s way more common among musicians than you might expect, given how rare it is. In other words, it’s common in that profession relative to its overall frequency.

Some of the findings won't be too surprising: Police officers, race car drivers, golfers and guitarists are more likely to be men. Social workers, librarians and graphic designers tend to be women.

Some other interesting tidbits: Football coaches are likely to have one-syllable names such as Rich, Mike or Bill. Songwriters’ names harken back to some famous male musicians of the 1960s and 1970s, including Sonny, Mick and Billy. Hebrew names such as Moshe, Meir, and Shlomo are extremely common among rabbis -- who knew?

“So, do our names influence where we go in life? Or do the social, geographic, economic and other factors that might have influenced how our parents named us also direct our career paths?” Edmond wrote in the post. “Our hunch is that it’s mostly the latter, but bear in mind that the connection is subtle.”

Here's a searchable list of the names and professions, too: