Many Internet users, however, were not sufficiently seduced to not be appalled by Gouvea's apparent lack of respect for the climbing death toll and millions of families displaced by the storm, according to the Herald Sun.

Gouvea's comments on the situation certainly did not help. She gushed to EGO about how much she loves hurricanes, saying they give her an opportunity to spend quality time with her husband, Carlos Keyes, who took the now-notorious photos.

The photos have sparked a tumblr, Nana Gouvea em Desastres ("Nana Gouvea in Disasters"), which superimposes the brunette beauty onto other tragic scenes, including the sinking of the Titanic, the Hindenburg explosion and the death of Mufasa.

See More Photos From The Shoot: 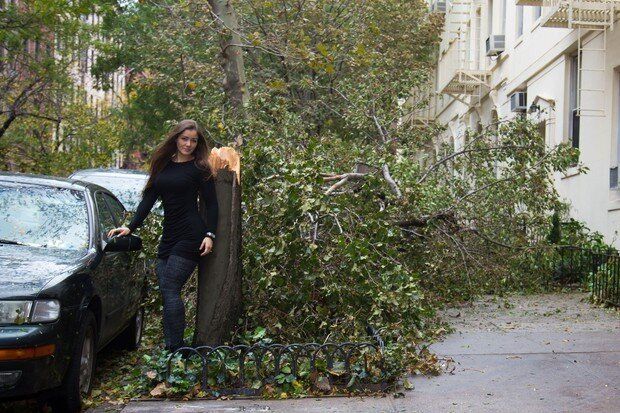