Our first ICON OF STYLE profile on performer Josephine Baker created quite a splash last weekend, and early last week, many of you "met" brilliant hat designer Lilly Daché, our second ICON OF STYLE subject. Our third subject, Surrealist designer Elsa Schiaparelli, was once as dominant in the fashion industry as her then-rival Coco Chanel. This past weekend, we celebrated screen siren and war heroine Marlene Dietrich. And yesterday, the world's first supermodel, Suzy Parker, resurfaced to dazzle the masses.

Today we pay our respects to the great Nancy Cunard, a heiress, activist, and provocateur who shunned a spoiled existence to wage war on the racist attitudes of her generation. Her silhouette remains unique and instantly recognizable even today: an exclamation point-thin frame; dark, kohl-rimmed eyes; arms invariably heavy with bracelets. Cunard truly was one of the twentieth century's great, unrepentant individualists.

Read on, and make sure to see the photos below. 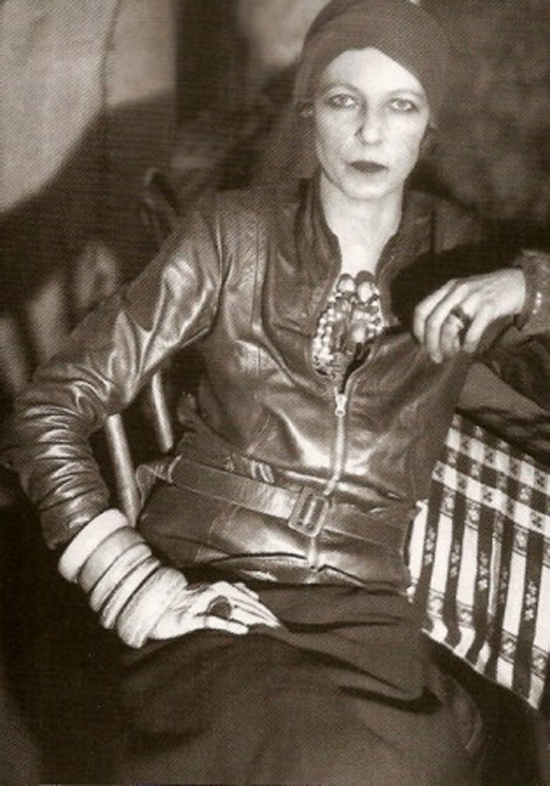 Nancy Cunard began life as a coddled British heiress to the Cunard ship fortune; her life might have been very mannered, but instead she scandalized her family and class by becoming an outspoken writer, publisher, and political activist.

Still adored by today's history-minded fashion editors and designers, Cunard grew famous in her time for her rail-thin body and the bangles that always covered both of her arms from wrist to elbow. Her contemporaries also venerated her and she became a muse to some of the twentieth century's most distinguished writers and artists, including Wyndham Lewis, Aldous Huxley, Tristan Tzara, Ezra Pound, Louis Aragon, Ernest Hemingway, James Joyce, Constantin Brancusi, Langston Hughes, Man Ray, and William Carlos Williams.

In 1928, Cunard became romantically involved with African-American jazz musician Henry Crowder; they moved into an apartment in Harlem together, prompting outraged tabloid headlines on both sides of the Atlantic. This relationship was the first step in turning Cunard into a lifelong civil-rights activist. Her own mother's alleged reaction upon hearing the news: "Do you mean to say my daughter actually knows a Negro?"

She had her gentle, romantic moments as well. One of my favorite quieter anecdotes about Cunard describes her late in her life, standing on a palazzo balcony in Venice, the site of once wildly decadent fin de siècle and Roaring Twenties parties:

Nancy, in a black satin gown and her signature "barbaric jewelry" and forehead bandeau, had been suddenly overcome by a vision of the past. She poured a glass of champagne into the Grand Canal--a "libation" for her former beloved: "For Henry," she said in a soft voice. 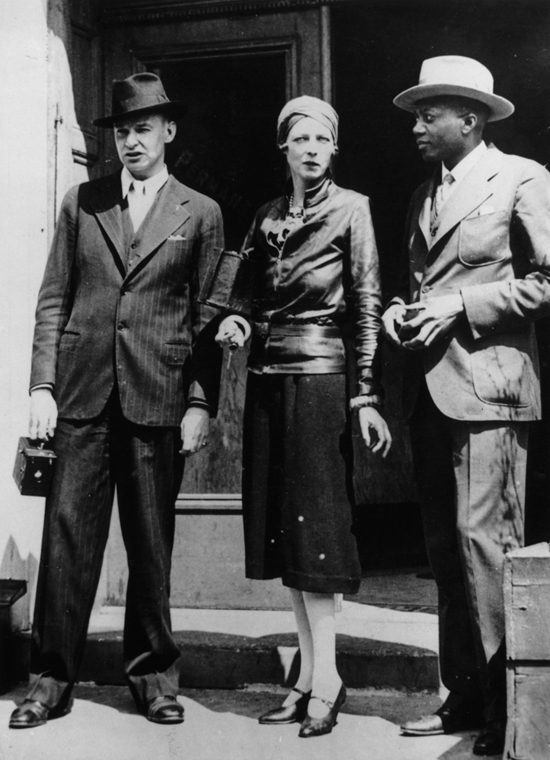 1932: Poet, publisher rebel and activist Nancy Cunard in Harlem, New York, with artist John Banting (1902 - 1972) and novelist Taylor Gordon (1893 - 1971, right). She is known to have taken an active stand against racial segregation in America. (Caption and photo courtesy of LIFE.com)