She should have seen it coming.

A Florida woman who claimed she possessed psychic powers that could influence terminal cancer and allowed her to peer into previous lifetimes, was sentenced to nearly four years in prison and ordered to pay $2.2 million to the customers she bilked, the Sun-Sentinel reports.

Nancy Marks, 44, preyed on the desperation of her clients as a member of her family's "far-flung and lucrative fortune-telling business," according to the Palm Beach Post.

The Sun-Sentinel has more details about her method of deception:

Marks, who often used the name Joyce Michael or Michaels, admitted she told clients she contacted spirit guides and channeled God-given advice, promising to return victims' cash when her "work" was done — then refusing to give it back.

In November, three other members of the family of phony psychics received prison sentences for their involvement in the scam, according to an earlier Sun-Sentinel report. Nancy Marks was one of nine family members arrested in August, 2011.

The ringleader, Nancy Marks' mother-in-law, Rose Marks, will be sentenced in March.

For more on this story, visit the Sun Sentinel. 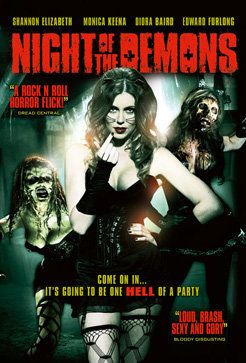 1 / 23
Go Behind The Screams
A new version of the horror film Night of the Demons just hit theaters. To celebrate, we uncovered the tricks that Adam Gierasch and Jace Anderson, the team responsible for the movie, use to scare the poop out of fans.