House Speaker Nancy Pelosi managed to insult President Donald Trump for the second time in two days by using what can only be termed “fake concern.”

It came after Trump griped about comments that Pelosi had made to Anderson Cooper on Monday about the president’s admission he was taking hydroxychloroquine, an anti-malaria drug, to avoid catching COVID-19.

Pelosi said she would prefer that the nation’s leader not rely on a treatment for the coronavirus that has not been approved by scientists, adding, “Especially in his age group, and in his, shall we say, weight group, what is morbidly obese, they say.”

When a reporter asked Trump about Pelosi’s comments on Tuesday, he wasn’t happy.

“I don’t respond to her. I think she’s a waste of time,” Trump said, according to Bloomberg White House reporter Josh Wingrove.

President Trump, leaving a meeting with Republican senators, was asked about House Speaker Nancy Pelosi's comments about his weight and use of hydroxychloroquine, per @Jordanfabian.

“I don’t respond to her. I think she’s a waste of time," Trump said.

Trump later called Pelosi a “sick woman” with “a lot of problems. A lot of mental problems,” according to Bloomberg’s Jordan Fabian.

Then when discussing the Russia probe, Trump called Pelosi a “sick woman”

“She has a lot of problems. A lot of mental problems,” he told reporters

Pelosi pretended to be surprised by Trump’s reaction when MSNBC’s Nicolle Wallace asked her about it a short time later, but also twisted the knife a little deeper.

“I didn’t know that he would be so sensitive, he’s always talking about other people’s weight,” she said, before adding, “I think he should recognize his words weigh a ton.”

You can see Pelosi’s comments below:

The president is no stranger to fat-shaming. He once referred to one former Miss Universe as “an eating machine” and told a man attending a rally to ”go home, start exercising.” 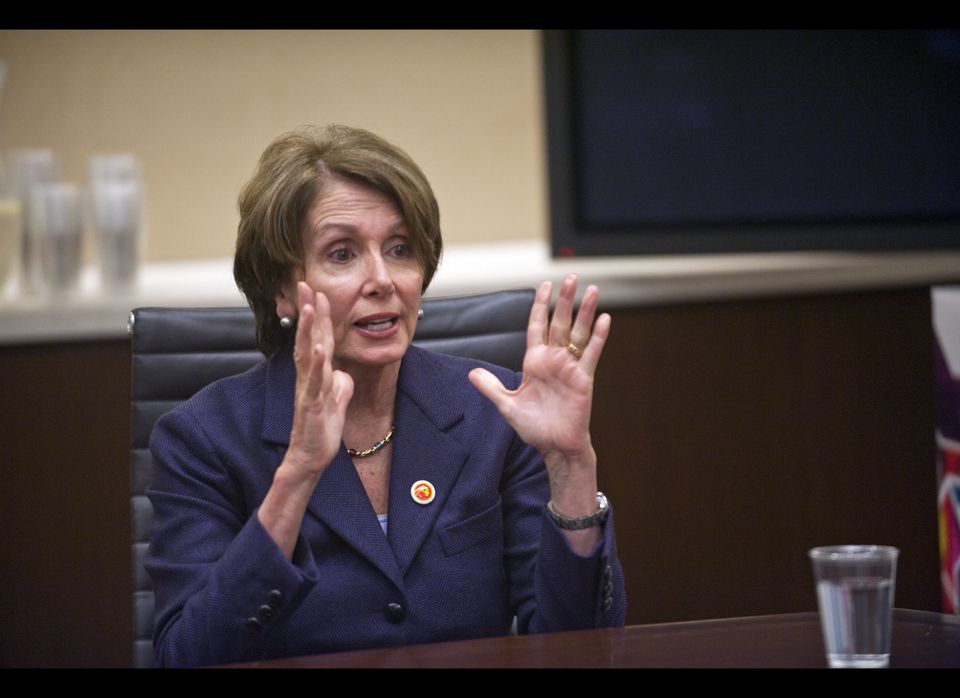