Remember that American Apparel's plus-size model contest, the one that called on self-respecting women with "full-sized fannies" to submit their model shots to be voted on with a scale of "Not quite" to "XLent"?

Well, one plus-size woman named Nancy Upton was just as displeased we were. Except she entered the contest and made a Tumblr about it.

Upton went online and submitted herself to American Apparel's contest, writing in her entry, "I'm a size 12. I just can't stop eating."

The accompanying photos, instead of the typical glamour shots submitted by most contestants, depict Nancy in stages of undress covered with and/or eating a variety of food: chicken, ranch dressing, chocolate syrup, pie.

While a few of the images are on American Apparel's website, most live on her brand-new Tumblr, ExtraWiggleRoom. Nancy tweeted on Monday, "I started a tumblr about how offensive this American Apparel contest is/as an excuse to cover myself in dressing. http://extrawiggleroom.tumblr.com/."

Since then her photos have received over a thousand comments. Some of the negative reactions have compelled Upton to clarify her mission. "It's a dig on American Apparel's current tone and past policy," Upton told us, and certainly "not meant to be offensive towards plus-size women."

But she stands by her clever critique of the retailer and its meat market approach to finding XL models.

Check out a few of Upton's photos below and go to her Tumblr, ExtraWiggleRoom, to see more. 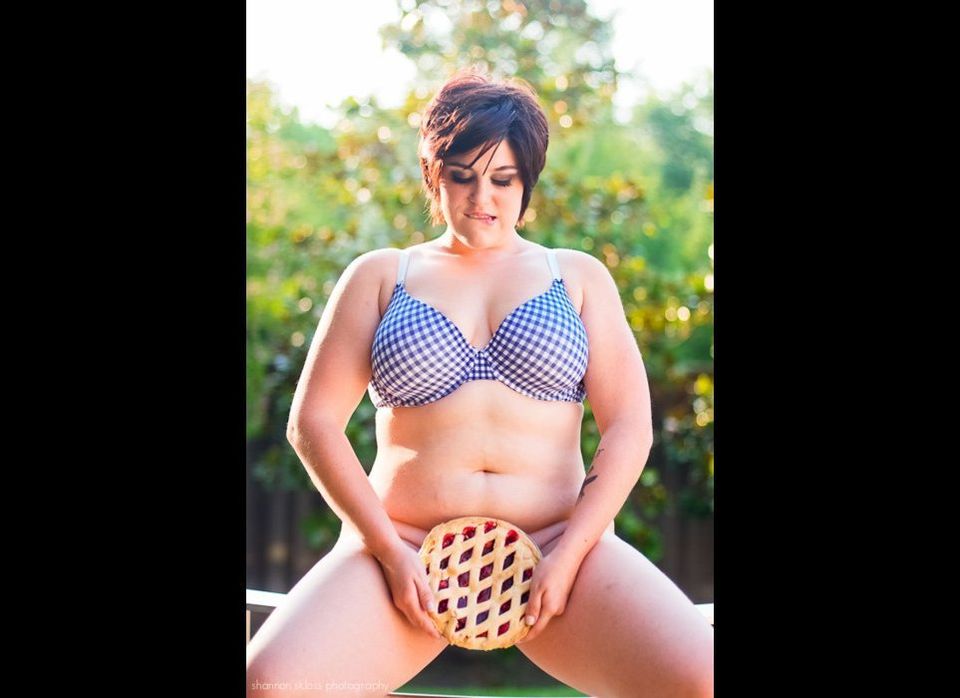