The Center for Consumer Freedom gives NYC Mayor Michael Bloomberg a dressing up -- and a dressing-down -- for his proposed ban on large sugary drinks.

The organization ran a full-page ad in the New York Times featuring the mayor photoshopped in drag with the tagline, "New Yorkers Need a Mayor, Not a Nanny."

Besides decking out His Honor in a dress your tasteful grandma wouldn't be caught dead in, the ad presents a major diss toward Bloomberg's effort to slim down the city by exiling sodas bigger than 16 ounces. Critics have chided Bloomberg for running a "nanny state."

Bloomberg spokesman Marc LaVorgna said in AdWeek: "It says an awful lot about the state of the soda industry that a tobacco company front group is attacking Mike Bloomberg on their behalf. This is the same organization that was founded to oppose bans of smoking in restaurants and bars."

Check out the full photo here: 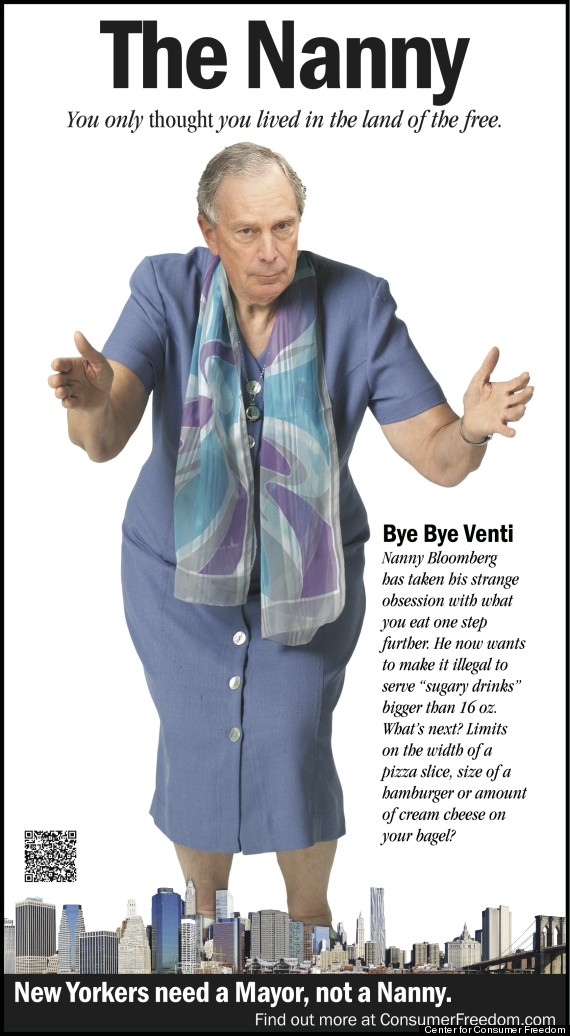