Karlie Kloss might be M.I.A., but this Fashion Month has brought out plenty supermodels. Following Gisele, Shalom Harlow and Karolina Kurkova's example at Alexander Wang, Naomi Campbell closed the Roberto Cavalli show in Milan on Monday.

While she doesn't like to call herself a "supermodel," it was plain to see for all those watching that Campbell's still got it. The 41-year-old wore a leather-trimmed dress with a plunging neckline and black leather gloves to close out the show, which also included Lily Donaldson, Lindsey Wixson, Magdalena Frackowiak, Arizona Muse and Daphne Groeneveld.

Alas, Daphne was the only one of Campbell's Spring 2012 campaign costars to make the trip down the runway. Veterans Karen Elson and Kristen McMenamy starred in Cavalli's latest sequin-soaked ad campaign alongside Campbell but were absent in Milan.

See Naomi kill it for Roberto Cavalli below and get more deets about the show, straight from Italy, from La Repubblica. 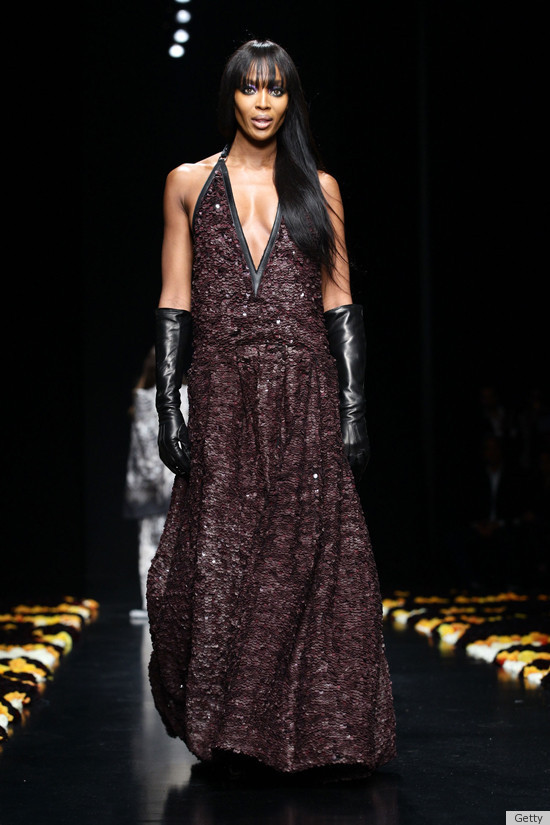 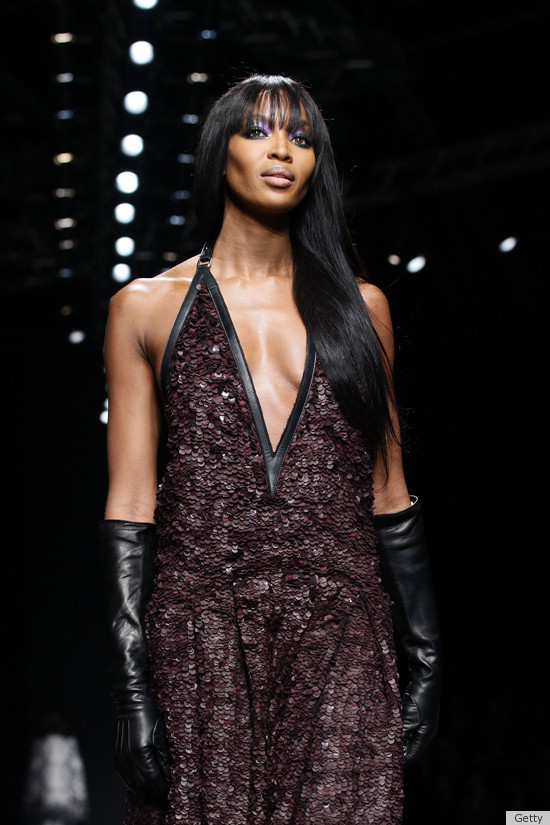