Naomi Campbell may be on the mends after being mugged last month in Paris, but she's looking mighty fierce in the February issue of ELLE.

The 41-year-old supermodel flaunts her age-defying body (look at those legs!) while dressed in designs by Alexander McQueen, Thom Browne, Zac Posen, Louis Vuitton for the stunning black-and-white spread shot by Thomas Whiteside.

The issue, which hits newsstands on January 15, isn't only proof that Naomi can still strike a pose with the best of them--the interview also reveals how she has survived so long in the industry and is taking her career to the next level with this month's debut of her new Oxygen TV show "The Face."

But when it comes to being compared to "America's Next Top Model" and her once rival, Tyra Banks, this is what Naomi had to say:

“I don’t watch the other reality model shows. I’ll never have anything to say. If you ask me about Tyra Banks, I’m proud of her as a woman of color. She’s given girls opportunity, and God bless her.”

How sweet! Not the response you'd expect from the notoriously hot-tempered diva, huh? To that end, Naomi also told ELLE she is "remorseful and regretful" when it comes to her infamous cell-phone-throwing fiasco.

It's nice to hear about the softer side of the British bombshell. In fact, Rod Aissa, Oxygen Media’s senior vice president, says he actually saw Naomi cry during an elimination on the show. “The public will see the Naomi that her friends know. That doesn’t come across in a picture, but it does come across on television,” Aissa told ELLE.

Here's a sneak peek of Naomi's February editorial spread below and to read more from the supermodel head over to ELLE.com. 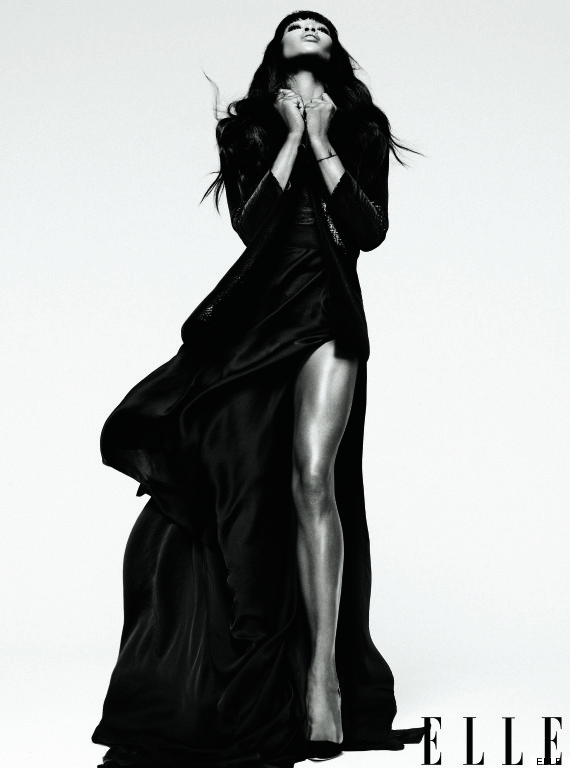 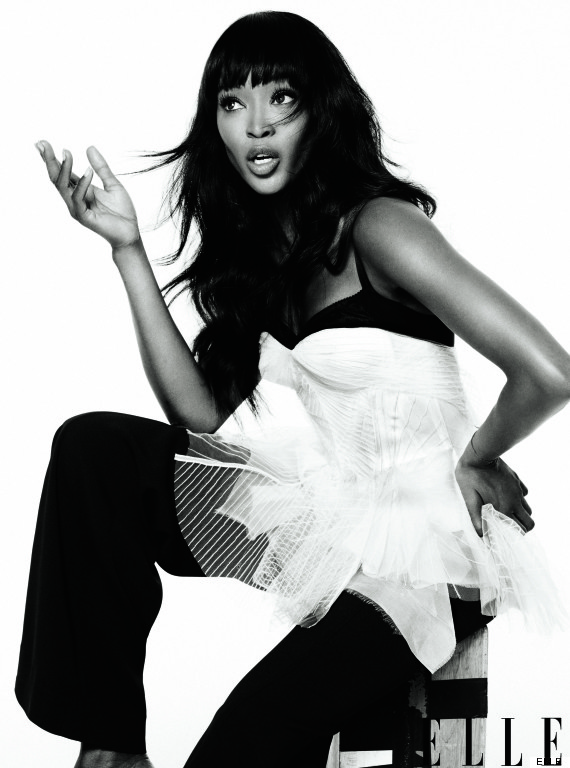