Supermodel Naomi Campbell has started a campaign to be the face of the luxury furrier Dennis Basso. While wearing and modeling fur is controversial in general, Naomi's ads raise even more eyebrows since she appeared in the iconic ad campaign for PETA, "I'd rather go naked than wear fur."

The original ad with fellow supermodels in 1994: 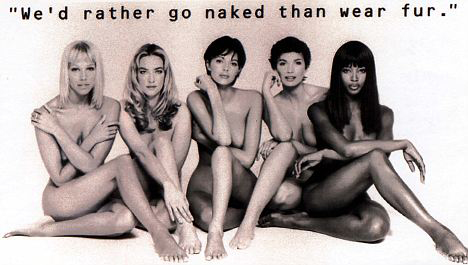