When Narendra Modi swept to a dramatic victory in India's general elections, becoming the first prime minister in three decades to command an absolute majority in the lower house of India's fractious Parliament, many in India worried about what his victory would portend. To political opponents and members of India's liberal intelligentsia, Modi was a divisive, sectarian, authoritarian figure who had presided over the massacre of some 1200 innocents, mainly Muslim, as chief minister of the state of Gujarat in 2002. The thought of such a figure leading a diverse and multi-religious polity that had long been built on the "Nehruvian consensus" developed by the Congress Party, was anathema to many.

In the event, Modi overcame this negative perception, re-branding himself as an apostle of development and pointing to his successful record in Gujarat, a state of high growth rates that under his leadership has been a magnet for investors. His brilliantly-organized, lavishly-funded election campaign saw "Hindutva", the ideology of Hindu chauvinism with which he and his Bharatiya Janata Party (BJP) have long been identified, relegated to the back burner, while Modi promised voters he would remake India in the model of prosperous Gujarat. The electorate rewarded the BJP - which had never previously won more than 186 seats in India's 543-member Lower House - with 282 seats, as the National Democratic Alliance led by the BJP claimed 333. The ruling Congress Party, of which I am a member, was relegated to its worst showing in history, winning a mere 44 seats.

To almost everyone's surprise, however, Modi and the BJP have eschewed the hubris and triumphalism they might have been assumed to have earned with their sweeping victory. In the couple of weeks since his election, Modi has been conciliatory and inclusive in both his pronouncements and his actions. I was a beneficiary of this unexpected generosity on the very day of his victory, when I received a startling tweet of congratulations from him on my own victory in my constituency. "Let us work together to move India forward," he declared in his message to me.

This tweet to a prominent adversary, with whom he had crossed swords in the past, was one of many signals to the nation that he was putting old enmities behind him. "I will be prime minister of all Indians, including those who did not vote for me," he announced in one of his first speeches. Cynics might point out that this was only prudent, since his party won its resounding majority with just 31 percent of the national vote, benefitting from the Westminster-style "first-past-the-post" system in constituencies with multiple contesting parties. But coming as it did from a man with a reputation of brooking no dissent and riding roughshod over opposition during his twelve years at the helm in Gujarat, it was a welcome surprise.

In a series of speeches, Prime Minister Modi has gone out of his way to avoid confrontational language, to omit issues and imagery that India's religious minorities would find offensive, and to extend a hand of friendship to his critics. After having attacked the large number of government projects and schemes named for members of the Congress Party's Nehru-Gandhi dynasty during the election, he stopped his ministers from renaming these programmes, saying it was more important to get them to work more effectively. His early Cabinet appointments rewarded the party's brighter and younger professionals, omitting many of the Hindu nationalist veterans and rabid ideologues who epitomised many Indians' anxieties about the BJP.

In a striking departure from precedent, Modi also quelled concerns in India's neighbourhood about his rise by inviting the heads of government of India's seven South Asian neighbours, as well as that of Mauritius (the Indian Ocean republic whose population is 63 percent Indian), to his swearing-in. India's prime ministers have never enjoyed lavish inaugurations like American presidents, traditionally assuming office after sparsely-attended and low-key oath-takings behind closed doors. Modi converted this routine into a grand, opulent 4,000-guest ceremony on the forecourt of Rashtrapati Bhavan, the presidential palace, and invited his foreign guests to attend the televised coronation.

The gesture instantly disarmed many across the borders who had been alarmed by his combative rhetoric during the campaign, in which he had promised robust action on the borders, assailed Pakistani sponsorship of terrorism and warned some 30 million Bangladeshi illegal immigrants in India that they should be prepared to pack their backs on the day of his victory. His cordial welcome to, and subsequent bilateral meetings with, the leaders of these and other neighbouring countries reassured them that the Modi government would not feel obliged to live up to the belligerence of the Modi campaign.

So does this all add up to a Modi 2.0, a very different figure in government from the ogre some of us had feared and demonised for years? It is still too early to tell, but the initial signs are encouraging. Prime Minister Modi would hardly be the first opposition leader to temper his views and conduct once in office, but there seems to be something more fundamental involved here. An ambitious man, Modi appears to realize that if he wants to make a success of his government, he will have to lead the nation from the center and not from the extreme right where he had built his base in the BJP.

His overwhelming majority, won on the back of a highly personalized campaign which led many to vote for Modi rather than for the BJP, has also liberated him from the party's and his own past positions. Just as he remade himself from a hate-figure into an avatar of modernity and progress, he is seeking to remake the BJP from a vehicle of Hindu chauvinism to a natural party of governance. This will mean a change in both language and tone, as he has demonstrated from day one.

For an opposition member of Parliament like myself, it would be churlish not to acknowledge Modi 2.0's inclusive outreach and to welcome his more conciliatory statements and actions. The moment he says or does something divisive or sectarian in the Modi 1.0 mould, however, we will resist him robustly. India's people, and its pluralist democracy, deserve no less. 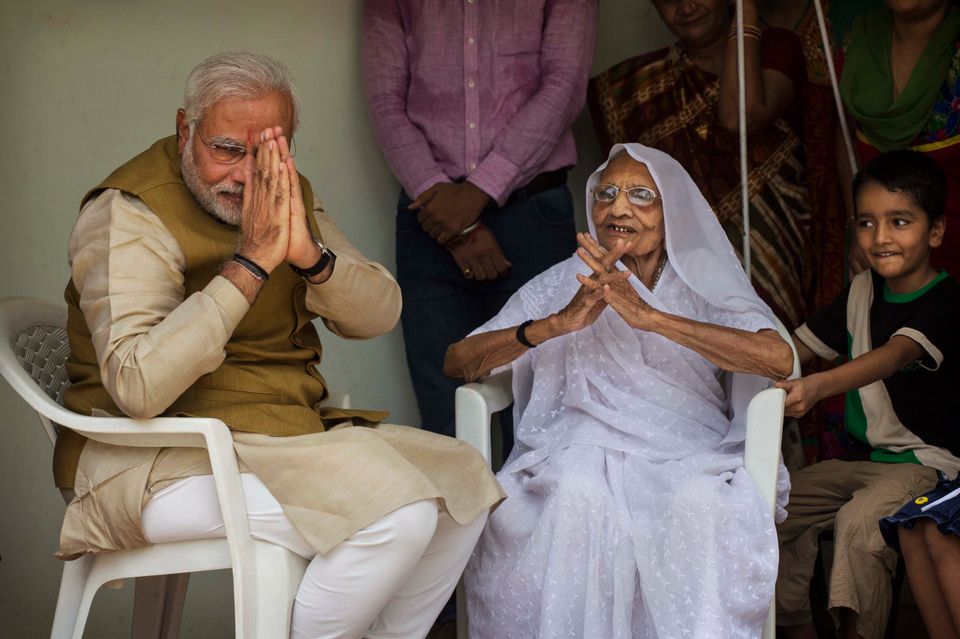 1 / 50
BJP's Narendra Modi Becomes India's Prime Minister With Landslide Victory
AHMEDABAD, INDIA - MAY 16: BJP leader Narendra Modi (L) gestures to supporters as he sits with his mother Heeraben Modi on her front porch after seeking her blessing on May 16, 2014 in Ahmedabad, India. Early indications from the Indian election results show Mr Modi's Bharatiya Janata Party was ahead in 277 of India's 543 constituencies where over 550 million votes were made, making it the largest election in history. (Photo by Kevin Frayer/Getty Images)
Getty Images