"Loud flashes of yellow are all around you in this city—46,000 taxi sedans, vans and S.U.V.’s streaking across the streets of New York," writes Diana Diroy. "Yet, only about 170 of them are driven by women, a percentage even lower than the national average. In all my years of hopping into cabs here, and elsewhere, I never met a female driver until I shot this documentary. I needed to find them."

And she did. Diroy found and profiled two women drivers, Shonna Valeska and Elena Tenchikova, and made this mesmerizing mini-documentary:

Publisher and editor-in-chief, Noah Rosenberg, and managing editor, Brendan Spiegel, have gathered a group of New York writers, photographers, and filmmakers to catch the Big Apple stories that fall through the cracks.

"We live in new york," Rosenberg told The Huffington Post recently, referring to Narratively's large network of freelancers, who have worked for top media outlets including The New York Times, New York magazine, The New Yorker, and the BBC. "Everyone's become intimate with the city on assignments, and everyone always comes across characters that aren't going to fit into those breaking news stories. There are many stories that are left to be told."

The idea is to publish a singular story once a day, Monday through Thursday, on a different theme. The format will vary from short documentary, to photo essay, to an audio piece, to the longform article. Fridays are devoted to behind-the-scenes coverage and curated comments and content from users in a regular feature called "The Park Bench."

The theme for Narratively's first week is the "Long Haul."

[Scroll down for a photo preview of forthcoming stories from Narratively.]

In order to roll out such high-quality content on a weekly basis, Rosenberg and Spiegel have turned to Kickstarter. As of this writing, they have just 45 hours left to meet their fundraising goal of $50,000. So far, they've raised $47,476.

(You can donate here.)

The money will go towards paying freelancers and developing the website, in the hopes that within six-months, Narratively will be sustainable.

"Narratively has the chance to rethink content, storytelling, and journalism" says Jeff Jarvis, a professor at the CUNY School of Journalism, in the video below. "And to leap frog the old media companies that are still trying to figure it out. This is worth supporting, not just because it's a good project, but because it could prove a model that could really grow and sustain the future of journalism." 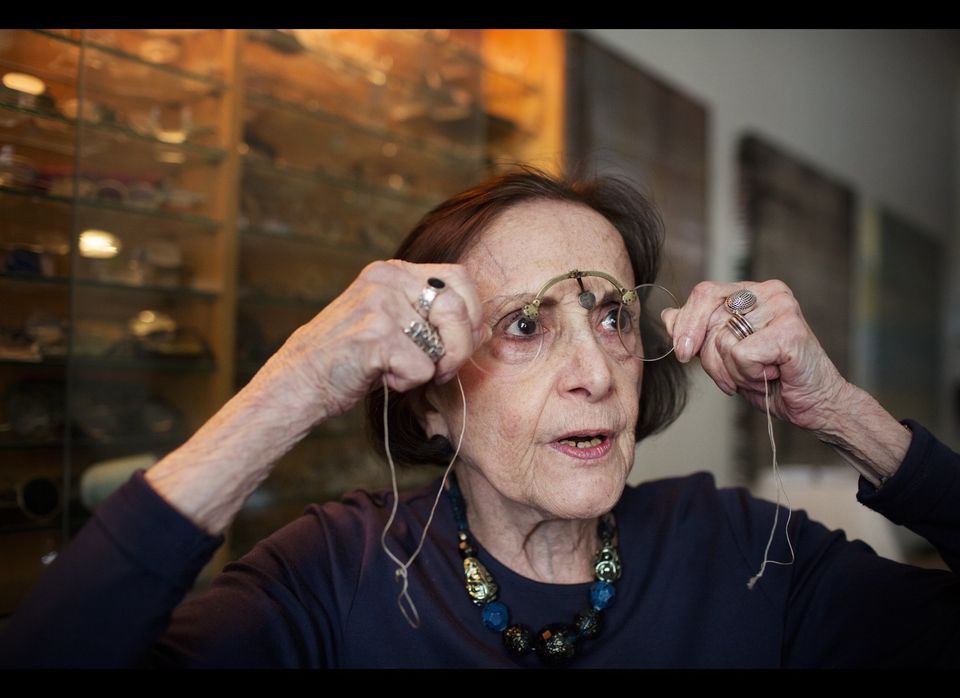 1 / 6
Photos from an audio slideshow featuring an Upper East Side woman with a collection of thousands of antique eye-glasses. (Elizabeth Herman for Narratively)