It turns out that size does matter. For narwhals, anyway.

A new study of the Arctic whale affectionately called the "unicorn of the sea" suggests that the tusk of the male narwhal plays a key role in attracting females.

The study, which analyzed anatomical measurements of 144 narwhals, demonstrated a "significant relationship" between the length of a narwhal's tusk -- actually a protruding canine tooth -- and the size of its testicles. 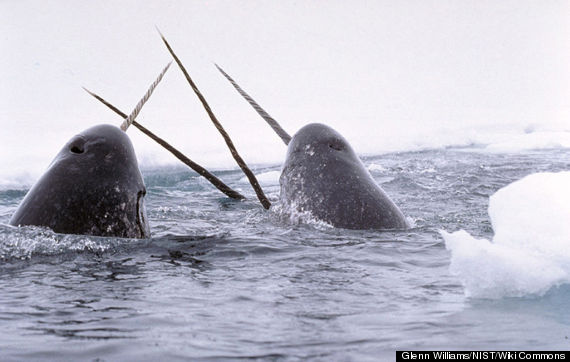 But the narwhal's iconic tusk isn't just about turning on the opposite sex. Narwhals have also been known to use their tusks to fight other males. And as Science magazine noted, it's been speculated that the narwhal tusk may be an ice breaker or a tool for foraging as well.

In 2005, Martin Nweeia, a dentist who teaches at Harvard School of Dental Medicine, offered up another explanation. He said at the time that the whale's tooth -- which is said to be extremely sensitive -- could be a sensor used to detect changes in water temperature and salinity.